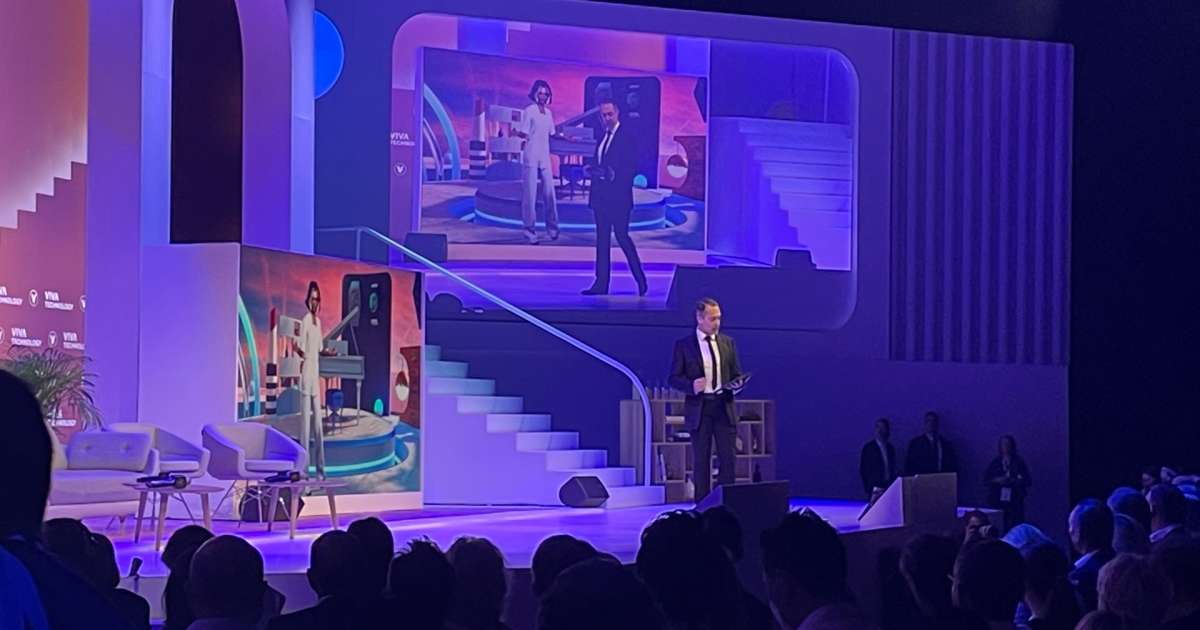 Returning from Ukraine, Emmanuel Macron did not fail, on Friday June 17, to stop at Porte de Versailles where the VivaTech fair was held, the largest European fair dedicated to innovation. It must be said that he is somewhat at home in this concentrate of the start-up nation. Seven years ago, when the first edition was launched in Paris, the French and even European tech ecosystem was very poorly structured, and France only had 3 unicorns, including Blablacar, Venteprivee and Criteo. They are 27 today. And, he said: “We will try in the next 5 years to develop ten tech giants in Europe and increase the number of our unicorns to 100 by 2030”.

Were these future European unicorns present among the 1,700 startups who unveiled their innovations on the 45,000 m2 of the show? The future will tell. What is certain is that by randomly browsing the aisles of this VivaTech 2022 – a good vintage with 91,000 face-to-face visitors and 300,000 online visitors – we saw the world of tomorrow. A world on which young shoots are trying to imprint their mark, particularly in the field of “green tech”, and on which large groups of international scope, from Meta to LVMH, are already advancing their pawns. Visit.

LVMH and the metaverse

As always, the luxury group occupied a prominent place at VivaTech. With a first: the presentation of Livi, their young and new virtual influencer with salt and pepper hair, whose first appearance in public during a very well-attended show on Thursday morning. Acronym for LVMH Innovation Virtual Insider, the one that is now the group’s “Face of Innovation” welcomed the big boss Bernard Arnault in all simplicity in a metaverse with a surprising “Barbie” decor.

As digital as it is, it should be noted that Livi, modeled in 3D by Altava (finalist startup of the LVMH Innovation LVMH 2021) was dressed by the Fashion and Jewelry Houses of the group.

Houses that are rushing elsewhere on the web3. Thus, we could admire, on the Bulgari stand, a watch of absolute finesse (the thinnest in the world, we were told) engraved with a QRcode allowing its owner to travel in a world telling his story. , its design… and to associate it with an art NFT.

Failing to travel in the metaverse, it is on board a new generation TGV and 100% French that the SNCF will transport us from the summer of 2024: the TGV M (M for mobility). On the stand of the railway company, was exposed the nose of the machine so that one can admire its aerodynamics, allowing, it seems, to gain 20% of consumed energy (but no gain of speed). Hyperconnected for “predictive maintenance” and therefore more safety, the machine has a notable feature: its modularity. Basically, we can transform a first class car into second class on demand depending on the traffic, and therefore board more people at the same time during large departures, and therefore… offer lower fares. Patience.

Special mention “heat wave” for this startup from the labs of Ponts et Chaussée, which installs islands of greenery in the heart of cities, and on any terrain. All you need is a footprint of 1m2 on the ground to deploy a corolla providing 50 m2 of plant shade. The principle: a large container with a reserve of water and substrates, a solar battery for energy autonomy, a pump, drop by drop sensors, and well-selected climbing plants to roll up on a structure in the shape of a umbrella, all controlled remotely. Elodie Grimoin, the co-founder, agro engineer by training, ensures a perceived temperature of minus 2° to minus 8° after installation. Based in Noisy-le-Grand, the company already employs 30 people.

These are small rings that do not look like much, but which make it possible to determine with precision and over the long term (and not in a single one-off statement) the micropollution (pesticides, pharmaceutical residues, hormones, and other metals) waters of rivers and rivers. “After remaining in the water for 15 days, the disc is lifted, dismantled, and its contents analyzed using a mass spectrometer. We can detect a doliprane 1000 in a volume of water equivalent to 400 Olympic swimming pools” details Mathias Manneron-Gyurits, engineer and doctor in environmental sciences from the University of Limoges, co-founder of this promising startup.

Given the temperature records this weekend in Paris, and by an almost Pavlovian reflex, any hydration or cooling system was popular at the show (despite a powerful and probably not very “green” air conditioning). We spotted the latest innovation from the Aix-based start-up Biopooltech, which specializes in natural pools and has the green tech label.Made of submerged wood, these pools are equipped with a biological filtration system using protective filtering bacteria.Emmanuel Berthod, its founder, has created its company in 2016, and traveled to a number of trade fairs, from VivaTech to CES in Las Vegas, to launch his model.On the South region stand, he presented a new in-house control system coupled with an app, Biopoolconnect, to monitor and maintain its swimming pools remotely and with precision.

Not far from the entrance doors of the show, the installation of Interstellar Lab catches the eye. Firstly because the model of this mini greenhouse, which seems to float in space, against a starry background, looks good, then because it occupies a large area of ​​the living room, and finally because a squad of young people dressed in green jumpsuits promote it. The whole is surprising, even disturbing. A large panel, mentioning prestigious partners – NASA, Dassault Systemes, Cnes – explains that it is an innovation intended “to allow life to prosper on earth and in space”.

Founded in 2018 by entrepreneur Barbara Belvisi, “Insterstellar Lab”, based in Evry sur Seine, has therefore designed a greenhouse 11 meters long, 6 meters wide, and 5 meters high, capable of growing in aeroponics all types of plants. “And not just strawberries! » specifies the founder when asked about the difference between her greenhouse and other innovations of the same type that are more mainstream. On the program, therefore, passion fruit, blueberries, vanilla, Madagascar periwinkle (which she hopes to send into space with Space X). In short, plants with high added value for food but also cosmetic or pharmaceutical use. The first pilots should be installed this year. To be continued.

Let’s come back to earth with this nice innovation intended to improve the daily life, and the image, of maintenance workers. Developed by Aissam Moujoud, Pickwheel is a machine halfway between a wheelchair and a Segway that is driven entirely by foot, and allows its user to remain stable and move forward while keeping their hands free. Incubated at the Poitiers technology park, the startup has already sold 40 of its machines to a Moroccan cleaning company and should soon equip the Futuroscope cleaners.

It is not the lives of cleaners, but that of pastry chefs, that Marine Coré-Baillais, founder of Pâtisserie Numérique, wants to improve. After having been deputy general manager of Sculpteo, a leader in 3D printing, this computer enthusiast later converted to pastry, even joining Cédric Grolet’s team at Le Meurice. This is where he came up with the idea of ​​making the production of pie crusts to garnish less tedious, “work with low added value but which takes a lot of time”. It took him two years to develop his machine, and above all the quality of his dough (which actually replaces the printing wire) but the result is there and allows him to shape around 300 tartlets a day almost effortlessly, but especially in all forms…

H4D, a French pioneer in telemedicine, unveiled its latest and brand new clinical teleconsultation cabin at the show “for access to care for everyone, everywhere”. The “mini CS”, modular and mobile, integrates several medical devices: thermometer, oximeter, blood pressure monitor, otoscope, dermatoscope, stethoscope and optionally an ECG and a spirometer. Its small size is designed to meet the needs of businesses and communities and completes the offer of this specialist, present on this market since 2008. equally distributed over the territory.

Based in Aix-en-Provence, the NepTech startup proposes to design modular maritime or river shuttles, with electro-hydrogen propulsion. Inspired by automobile construction, Tanguy Goez, the co-founder of the startup, imagined a range of 4 ships designed for different uses – transport of goods or passengers – but based on the same chassis. It ensures that its boats are “zero emissions” and consume 35% less energy than their diesel engine equivalent thanks to an innovative mastery of aerodynamics. While waiting to take them to go to work by the Seine or go to the islands of Lerin in the summer, we can always admire these boats during the opening ceremony of the Paris Olympics.