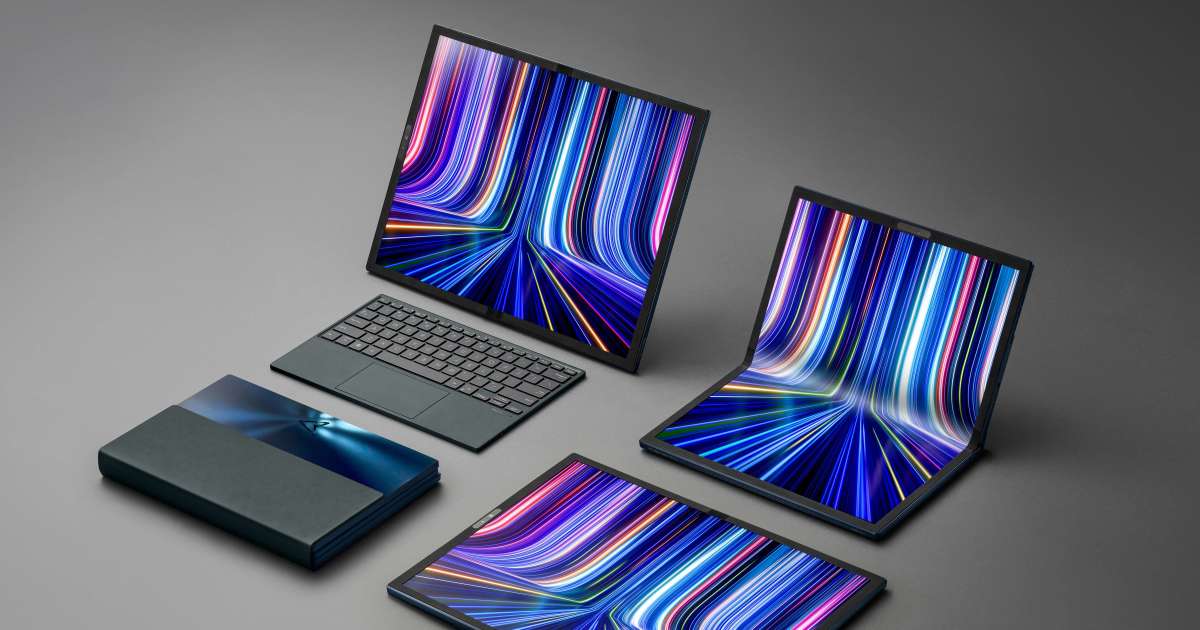 After the wave of foldable smartphones, launched in 2019 by Hauawei and Samsung, can we expect the same trend for laptops? This Wednesday evening, Asus has indeed unveiled at CES in Las Vegas its first portable PC … foldable! When deployed, the Taiwanese manufacturer’s Zenbook 17 Fold offers a 17.3-inch (25.60 cm x 19.20 cm) OLED touchscreen capable of folding in the middle to create two 12.5-inch surfaces. Closed, it houses a separable keyboard that can be connected via Bluetooth. Admittedly, it cannot claim to be the first foldable PC to be marketed in the world – the honor goes to Lenovo’s ThinkPad X1 Fold, launched just a year ago – but it does indeed occupy the second. walk from this podium. And above all, it displays much more substantial proportions, which should make its use very versatile.

With a detachable Bluetooth keyboard, or clipped on the lower part of the screen, it can be designed as a real desktop PC, but also transported as a laptop (it weighs 1.6 kg without the keyboard, 1, 9 kg), use it thanks to its touch screen as a tablet, or, why not, use it as a small television. In short, it wants to be the companion of our new flexibility, without compromising on power and quality. In addition to its OLED screen (which makes maneuvering possible), the Zenbook 17 Fold will be equipped with the latest 12th generation Intel Core i7 processors, an Intel Iris Xe graphics card, a 5 MP webcam, and technology. noise reduction for video calls. In short, the announcement should not leave innovation enthusiasts indifferent, especially since the device is not a pipe dream. Its marketing is scheduled for mid 2022, at a price… of 3,999 euros.

CES 2022: the rush of French start-ups to Las Vegas

At LG, a machine of the future between the motorhome and the home cinema 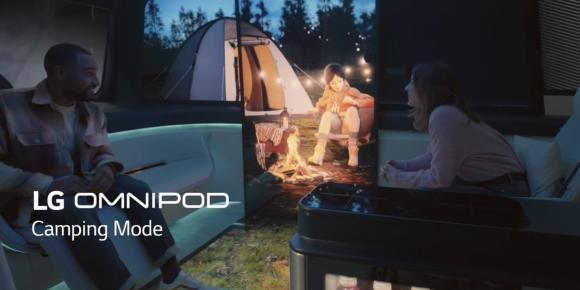 In a genre this time much more chimerical, the Korean LG, well known for its Oled televisions and transparent door refrigerators, presented in a very “Hollywood show” atmosphere a strange device between the motorhome and the home cinema . Responding to the sweet name of Omnipod, it is, explains the brand, a concept of mobility which “ blurs the distinction between home and car and is designed to function as a home office, entertainment center or even living room ”. It does not matter for the moment whether it is running or not, the vehicle – which we can also imagine as a sort of mobile garden shed – above all blurs the distinction between the real and the imaginary. It is difficult to know if the couple who took possession of it in the small film of its presentation are daydreaming in front of a campfire on the big screen, or have really arrived in Palavas-les-Flots. This is obviously the goal, especially since Madame was previously able to complete her last work files in the back seat. We understand, this is a staging of this metaverse that we have not finished hearing about …

Subscribe ! Support the work of a committed editorial team and join our community of 200,000 subscribers.

Let us be reassured, the manufacturer has also deployed more traditional devices and well in tune with the times, such as an air purifier (LG PuriCare) also designed as a heater and a fan or the increase in brightness, and in size, of its high-end televisions (G2 series) with the world’s first 97-inch OLED model. 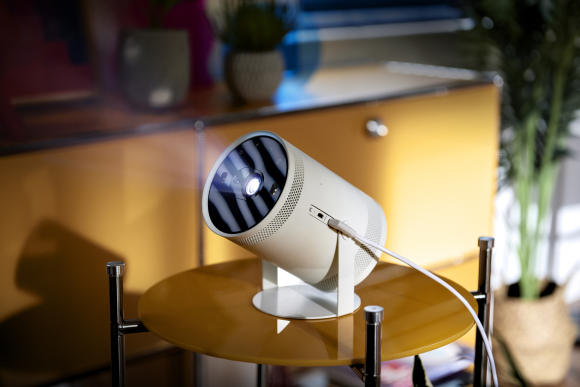 The other Korean, Samsung, surprised him with The Freestyle, a portable projector that can broadcast a Full HD image up to 100 ” compatible with HDR10 technology, can turn into a connected speaker, and plans to offer to its user the same experience as a Smart TV. In his presentation, the manufacturer specifies that he wants to appeal to a research audience ” flexibility and screens capable of adapting to all uses and all situations ”. Marketed in France from February 17, 2022, it will be available for pre-order from January 20. Finally, it should be noted that in the video presentation (very removed) of this nomadic device, Samsung plans to project gaming or cinema sessions on the ceilings of our rooms as well … as on the back of a stopped motorhome. in the middle of nature! Clearly, the new worker born of the Covid, necessarily flexible and close to nature, is in the sights of this CES …