Archie in a coma after a “black-out challenge”: “Teens will use death to feel alive” 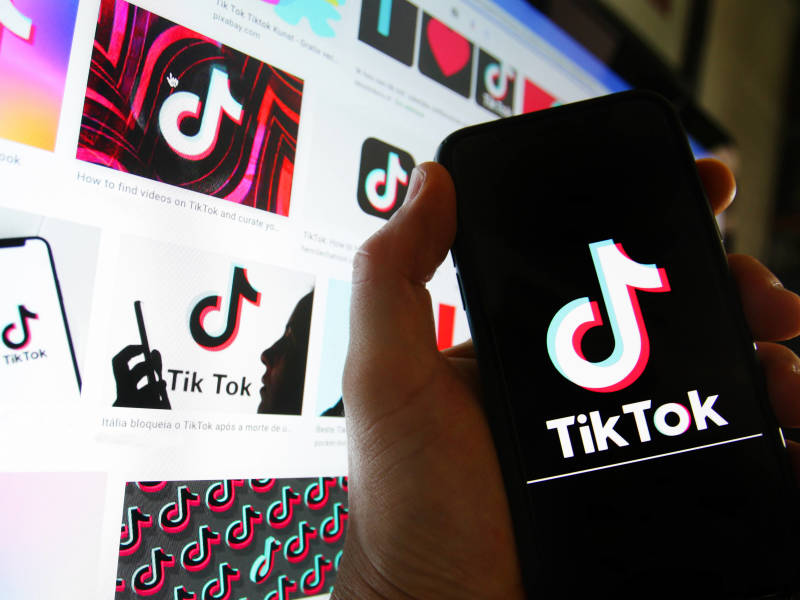 In the UK, 12-year-old Archie Battersbee has been brain dead for four months. He was found unconscious at home on April 7, after participating in the “black-out challenge”. This sordid challenge, which consists of suffocating, also took the lives of two American girls aged 8 and 9 in 2021. To achieve this, children and adolescents use various techniques: they hold their breath, shake their necks , use a scarf… at the risk of their lives.

Should social media be banned for people under 16?

If the “game” is not new, the arrival of social networks transforms these dangers, which have now become trends. All day long, children and teenagers scroll through their “feeds” of proposed content, where “challenges” proliferate like the plague.

Grégory Michel, professor of psychopathology at the University of Bordeaux, who presents himself as an expert in dangerous practices and games on the internet, explains what makes these challenges attractive to young people. Maintenance.

What attracts young people to this kind of challenge?

It will depend on the age. When it comes to very young children – kindergarten and primary – they are unaware of the consequences that their actions can induce and they do so systematically by mimicry. That is to say that the games are initiated by older ones – brothers or sisters.

The bulk of the matter is played out in adolescence, quite early, when children change. We find in them a desire for the forbidden and an appetite for strong emotions and what is dangerous. The “black-out challenge” fulfills all the criteria. Formerly it was known as “30 seconds of happiness”because choking can produce strong sensations – it feels like you are lifting off the ground, vision becomes distorted… But when it lasts too long, it causes comas, sometimes with awakenings that induce irreversible sequelae , even death.

This is what makes raising awareness of these practices particularly difficult. How to prevent this type of game by informing about the dangers, even though this information can be a counter-productive variable?

Can we see in the acting out suicidal impulses?

This is not suicidal, in my opinion. On the contrary, these young people will exploit death to feel alive. Confronting potentially deadly practices, while emerging victorious, reinforces their legitimacy to exist. Moreover, when we find young people hanged following this challenge, their feet always touch the ground, unlike suicide. We can nevertheless find in these young people elements of fragility, that is to say elements of depression, but not suicidal.

Why are teenagers affected by this phenomenon?

It’s a time of insecurity. One wonders how to leave childhood and integrate the adult world. There is a fragility of identity and benchmarks which means that these young people will seek, by all means, practices that will reassure them. Indulging in behaviors of this type allows young people to restore a kind of self-esteem that they do not necessarily have in their daily lives.

Christophe Soulard: “Justice can be a counter-model to social networks”

In the case of intentional and forced games – at the end of which there is always a victim – we can also see an exacerbation of the dynamics of harassment. What we find most often is that the teenager who initiated these games already had a violent character. The game will be a way for him to channel his violence and express his omnipotence.

What role do social networks play?

On social networks, there are in particular “likes” and comments which will play a decisive role – they can multiply, or on the contrary block, certain practices. We also find the effect of the nomination, as we have seen with the “Ice bucket challenge” [consistant à recevoir un seau d’eau glacée sur la tête et à publier la vidéo sur Internet pour soutenir la recherche sur la maladie de Charcot]. In order not to be marginalized, if you are appointed, you have to engage in this kind of practice.

We already found this effect in schools – if we don’t do like the others we are excluded, hazed. With social networks, this hazing has taken the form of cyberbullying: we put pressure on young people to do it, to start again, to go further.

Finally, we live in a society that greatly values ​​the spectacular, which is also driven by the networks. We are more in doing and having than in being. The teenager must do spectacular things, wear clothes from prestigious brands, be able to be recognized. The photos and videos attest to these practices like trophies. We find this effect in some young people who are unable to be themselves without the gaze of others.