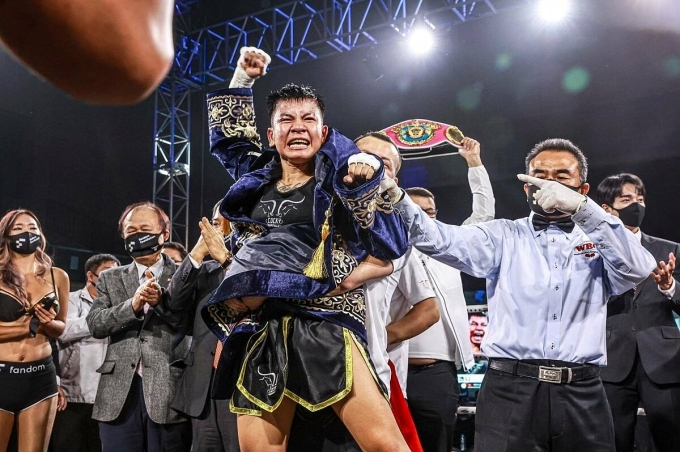 Due to a dispute with Ho Chi Minh City, WBO world champion Nguyen Thi Thu Nhi was not allowed to wear the Can Tho shirt to compete at the 2021 National Boxing Championships.

Thu Nhi was registered by Can Tho unit to compete at the National Championship 2021 taking place in Bac Ninh from November 29 to December 6. However, HCMC later filed a complaint, arguing that this was not valid.

After reviewing the complaint and the attached contract, the Vietnam Boxing Federation sent an official letter to Can Tho, announcing “stop accepting the list of registrations to compete” with Thu Nhi, because this boxer still has a dispute. challenge. Boxer Sam Minh Phat also fell into a similar situation.

The Vietnam Boxing Federation also proposed that Ho Chi Minh City, Can Tho and boxers work together and agree on issues before November 27 so that athletes can participate in tournaments.

Thu Nhi was born in 1996 in An Giang, has just made history for Vietnamese boxing when defeating the defending Japanese champion Etsuko Tada on the afternoon of October 23 to win the WBO world lightweight belt at Ansan Gymnasium (Korea). More than a year ago, she also wrote a miracle when she won the WBO Asia – Pacific belt.