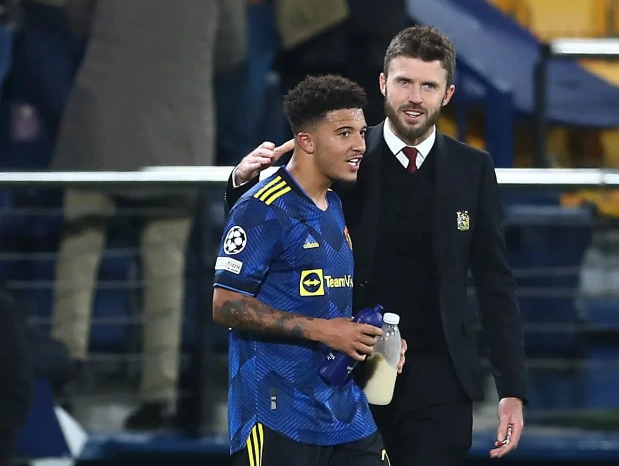 BrotherMan Utd interim coach Michael Carrick believes Jadon Sancho will return to being an excellent player if he continues to play like the win over Villarreal.

“Sometimes you need time to adapt. As a young player coming to a big club like Man Utd and playing in a new championship, it’s not easy for Sancho to shine. However, his strides are. is having a new life. You can see a small spark in his body language. Hopefully that spark will be bigger, “said Carrick.

The interim coach also added about Sancho’s performance in Man Utd’s 2-0 win over Villarreal: “When you have the ball at your feet, attack the opponent’s defenders, create chances and score goals, that’s when Sancho is happiest. I appreciate even more considering his attitude, effort and mentality.If he continues to play well, take care of himself and have the right attitude, he has a bright future ahead of him. Hopefully, he will bring out his full potential.”

The victory over Villarreal was the first time Sancho contributed directly to a goal for Man Utd. The 21-year-old winger made it 2-0 in the 90th minute. In the previous 14 matches, Sancho failed to both assist and score goals.

The victory over Villarreal is also the first match for Carrick as interim coach this season. From the position of assistant, the former England midfielder was promoted to lead after Ole Gunnar Solskjaer was fired.

Today, November 28, Carrick will have his second match as a guest at Chelsea. This may well be his last game in this position. Man Utd is negotiating to bring Ralf Rangnick, former coach of Schalke and Leipzig, as an interim coach until June 2022.

He may have to leave next week, but Carrick is only focused on leading Man Utd to play well against Chelsea. “The win against Villarreal was much-needed. It helped restore the feeling of winning and regain confidence. Chelsea was another big game, but also an opportunity to enjoy. We could have won. Good results there Of course, I am well aware of the challenge that is facing Chelsea Chelsea are playing very well The way they approach things is very impressive They play with intensity and organization. The backline and the upper line move well, and connect very well with the midfield,” Man Utd’s interim coach assessed.