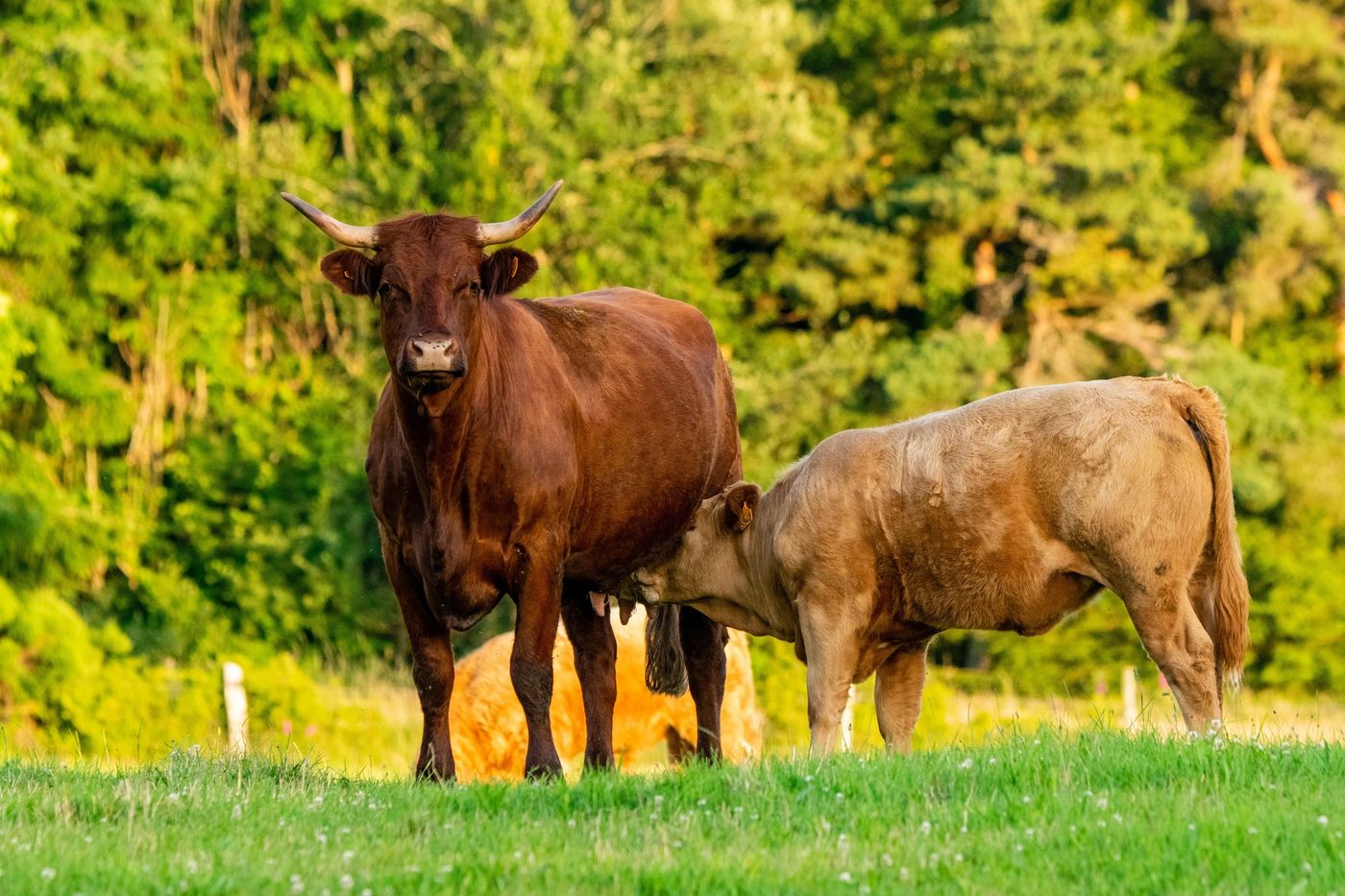 This is a radical decision! Faced with the drought, the 80 or so farmers who make Salers cheese, this raw milk pressed cheese which benefits from a prestigious protected designation of origin (PDO), have decided to suspend their production from this weekend. of the Assumption.

Due to the drought, the pastures are indeed roasted and the grass is lacking. However, the specifications of the AOP of Salers are formal: the cows must be fed at least 75% by grazing the grass of the Cantal mountains, where the farms are staged between 600 meters and 1,300 meters. “This food obligation explains why the production of salers only extends from April 15 to November 15”says Laurent Lours, producer and president of the Salers section of the Interprofessional Cheese Committee.

In mid-August, the breeders-producers (the salers must be made on the farm) produced about two-thirds of the season’s production, which turns, year after year, around 29,000 cheeses from around forty kilograms per year. The milk that will not be used to make salers will most often be used for that of farmhouse cantal, one of the four other AOP cheeses from Auvergne, whose specifications do not require the same proportion of grazed food. “It can therefore be produced throughout the year”, emphasizes Laurent Lours.

Of the 1,200 cheeses made in France, only around fifty benefit from an appellation that protects the product at European level. Cheeses represent, in fact, half of the 101 French agri-food PDOs, to which must be added nearly 400 appellations of wines, ciders and spirits.

Obtaining an AOP is a process undertaken by a collective of producers and which can take several years. The specifications, which notably delimit a precise geographical area of ​​production, provide a detailed framework for the manufacturing processes.

Further north in France, the AOP specifications for bouchot mussels from the bay of Mont-Saint-Michel require the shellfish to be at least 4 cm long! “We haven’t had any significant rain since January, explains Nicolas Lebeau, mussel farmer and president of the AOP. However, this fresh water is necessary to provide the nutrients that allow the mussels to feed and therefore to grow. »

Consequence: the 42 mussel farmers gathered within the AOP had to postpone the start of the marketing of their shellfish by one month, which normally takes place between July 15 and February 15. They have just decided to open the sales, which must go through a collective vote. According to Nicolas Lebeau, the vote in this direction was not unanimous.

Shellfish that do not respect the minimum size can nevertheless be sold under the label “Moules de bouchot France”. Their selling price is then on average 20 to 30 cents lower than that of the PDO, which normally represents 75 to 85% of the 10 to 12,000 tonnes produced in the bay.

On the side of the Basque Country, the Espelette pepper is on fire under the rays of the sun. The harvest began at the end of July ten days in advance, but the fruits are damaged and the producers fear for the 2022 harvest. Problem: the specifications are also spiced up by numerous obligations, including that of to be able to water only during the first month following the seeds…

While waiting for the long-awaited rain, what are the possibilities of all these producers so as not to fail in their respective specifications? According to the National Institute of Origin and Quality (Inao), which manages PDOs in France, there are temporary modifications possible in the European regulations for these designations in the event of exceptional circumstances, in particular climatic or sanitary. But these changes only concern animal feed.

Salers producers could thus obtain the right to reduce the proportion of pasture from 75 to 50%. For other cases, the Inao must study the various requests. In any case, only temporary derogations not affecting the qualities of the product would be accepted. According to the Institute, a census of professional bodies likely to request temporary accommodation due to the drought is underway.