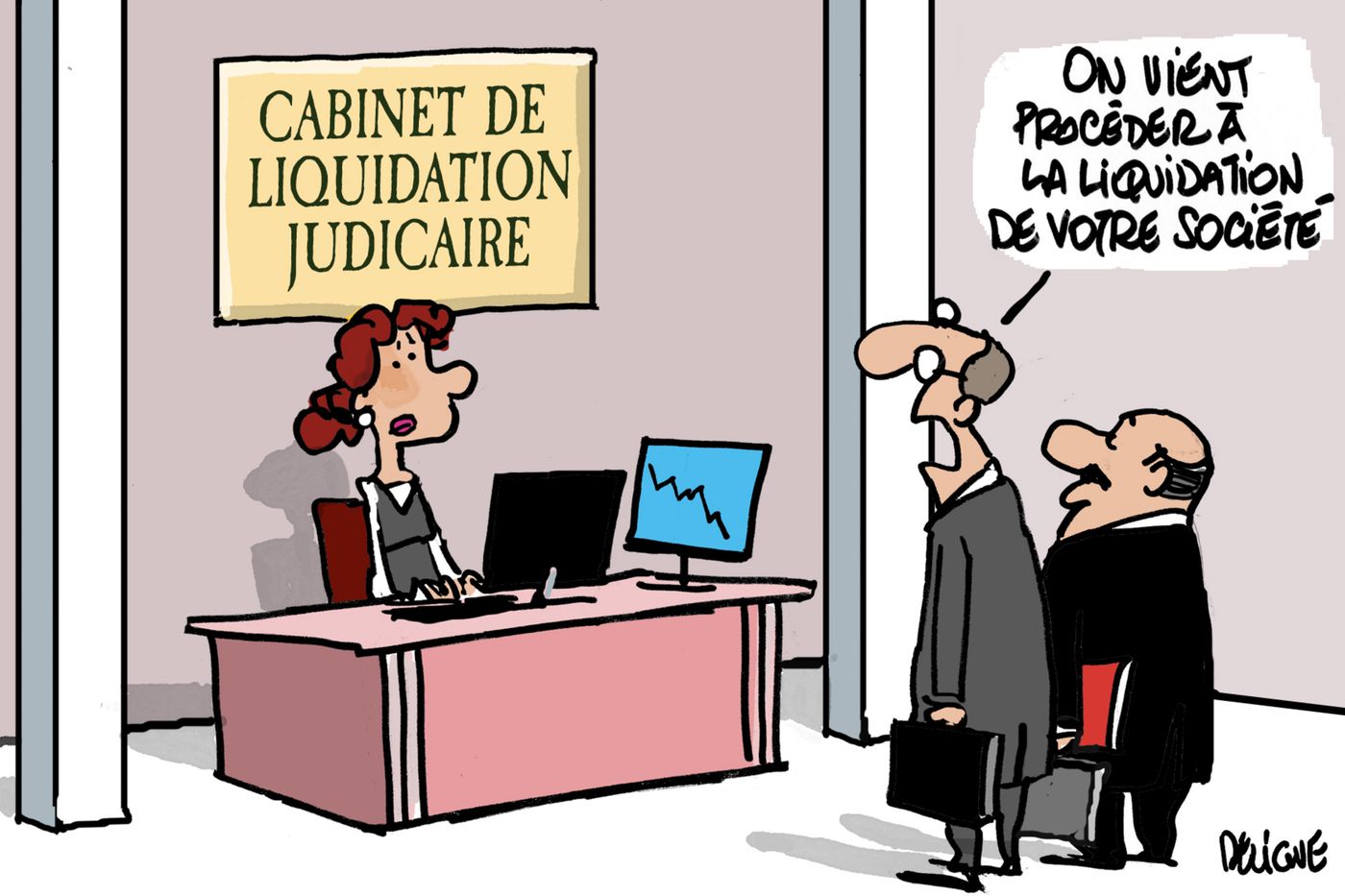 The once dreaded wave of bankruptcies has not swept through. Better, the figures published Wednesday January 12 by the Bank of France show that the ebb continues. Last year, 27,285 companies entered into reorganization or liquidation proceedings. This is 12.7% less than the previous year. However, the year 2020 had already been marked by a historically low number of insolvencies, which fell by 40%.

The effect of massive and rapid aid

The longer the crisis lasts, the less businesses stumble. A paradox which does not however surprise the specialists of the sector. ” A Bankruptcy proceedings occur when a business is strapped for cash. However, with the measures of the government, there has never been so much money in the balance sheet of companies ”, explains Frédéric Abitbol, ​​President of the National Council of Judicial Administrators and Legal Representatives (CNAJMJ).

Massive business support was also rapidly deployed. And this is what made all the difference, notes Patrick Coupeaud, judge at the Paris commercial court and general delegate for dealing with business difficulties: “Contrary to what may have happened during other crises, the aid arrived at the right time on the ground, before the difficulties made the situation irreversible. This is what made it possible to avoid cascades of bankruptcies ”.

No disaster scenario in sight

Obviously, there remains the question of whether the bankruptcies which are missing in the statistics for 2020 and 2021 are doomed to inflate the figures for the years to come. This disaster scenario, long feared, hardly has any more followers. “We can’t believe the tsunami. We expect a gradual return to the usual number of failures, but there is no reason why the companies which held out during the crisis collapse en masse once it has passed ”, assures Patrick Coupeaud.

In the months and years to come, however, companies will have to repay billions of euros in state guaranteed loans (PGEs). But, for the moment, the signals are not in the red, apart from the difficulties targeted on certain particularly affected sectors, in catering, tourism or events.

The billions of “Whatever the cost” could even on the contrary strengthen the economic fabric, considers Frédéric Abitbol: “For decades we have complained that French companies are not investing enough. However, with EMPs, and even if this was not the initial objective, many now have the money they need to prepare for the future and become more competitive. “

The happiness of some …

For the months and years to come, therefore, there is no need for pessimism in bankruptcy matters. But the happiness of some can also be the misfortune of others, and it is now the specialists in supporting companies in difficulty who find themselves … in difficulty. A sector which employs nearly 4,000 people.

A survey conducted last October by the French Institute of Collective Procedures Practitioners (IFPPC) revealed that nearly 90% of legal representatives had suffered a loss of activity of at least 30% in 2020. And nearly 70% expected a further decrease of at least 20% in 2021. As a result, more than three quarters of representatives have put part of their staff on short-time work during the crisis. And one in two plans to downsize.

“No liquidation of liquidators”

“We have not yet seen liquidators liquidation, but the situation of some could become worrying”, says Patrick Coupeaud. In fact, most of the remuneration of agents and directors is collected when the case is settled. In other words, twelve to eighteen months after the start of the support. Specialized firms therefore continued in 2020 and for a good part of 2021 to collect the sums related to procedures opened before the pandemic.

With the drop in the number of new cases, turnover is set to drop. “To avoid any risk of conflict of interest, the regulations prohibit us from carrying out any other activity in parallel”, recalls Frédéric Abitbol. It is therefore impossible to compensate for what is lacking in the support of companies in difficulty by offering other services, such as advice. To hold out during this period of low water, professionals therefore urge the public authorities to loosen the grip, claiming to be able to diversify as independent directors in companies or as inter-company mediator.

A majority of microenterprises

Of the 27,258 companies that failed in 2021, the vast majority are very small structures.

The hotel and catering industry is resisting

The decrease in the number of failures between 2019 and 2021 averages 46%. But it is proving to be even stronger in certain sectors that are particularly affected but also particularly helped. This is particularly the case for the hotel and catering industry, where failures have fallen by more than 60% in two years.