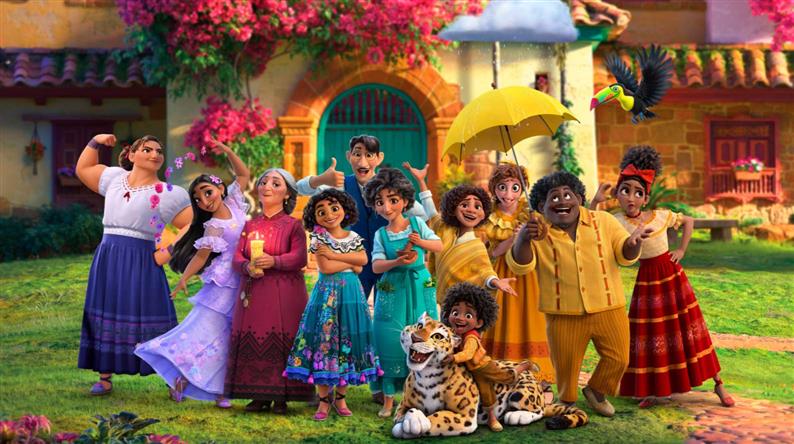 Walt Disney Animation Studios’ Encanto is the tale of an extraordinary family, the Madrigals, who live hidden in the mountains of Colombia in a magical house, in a vibrant town called an Encanto. The all-new original film features the voice of Stephanie Beatriz as Mirabel, an ordinary 15-year-old, who’s struggling to find her place in her family. The voice cast also includes María Cecilia Botero, Wilmer Valderrama, Adassa, Diane Guerrero, and others. —Dharam Pal

Milap Milan Zaveri’s Satyameva Jayate 2 releases on November 25. It is one of the most anticipated films of the year. Sequel to the successful film, Satyameva Jayate (2018), Satyamev Jayate 2 is an action film. It also has Manoj Bajpayee in a pivotal role. The song Meri Zindagi Hai Tu showcases the beautiful chemistry between John Abraham and Divya Khosla Kumar, the lead pair who will be seen sharing the screen space for the first time.

Featuring Salman Khan, Aayush Sharma and Mahima Makwana, Antim: The Final Truth traces its plot from 2008 Marathi film Mulshi Pattern. Salman will be seen sharing screen space with his brother-in- law Aayush. It is a story of a land mafia who wants to rule every piece of land. Mahima Makwana plays Aayush’s love interest. Antim: The Final Truth will be released in theaters worldwide by Zee Studios on November 26.

Based on the book The House of Gucci: A Sensational Story of Murder, Madness, Glamour, and Greed by Sara Gay Forden, House of Gucci follows the ambitious Patrizia Reggiani as she romances Maurizio Gucci (Adam Driver), and marries her way into the Dynastic Italian luxury label.

Prateik Chaudhary, who is a part of Sindoor Ki Keemat on Dangal TV, talks about his character and journey so far