Energy crisis: between curbs on consumption and protests | FranceEvening 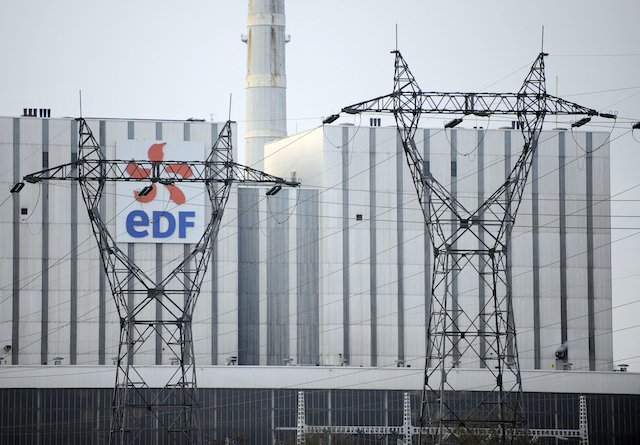 For some time now, the numerous sanctions applied to Russia have turned against the West. Some economists are warning about the consequences that this could have in the medium and long term, particularly on purchasing power: rising prices, stagflation, debt… all this in addition to the shaky economic system due to the health crisis. As in Ecuador, the European situation could well degenerate, if governments and energy groups do not take the right decisions.

The lasting soaring of commodity prices is no longer a “simple” alarmist scenario. Although the Russian-Ukrainian conflict began in 2014, it was the Russian invasion of February 24 that prompted European countries to increase sanctions against Vladimir Putin’s country.

Two camps seem to clash: on the one hand, the United States of Joe Biden and the Europe of Ursula von der Leyen. On the other, China and Russia. A large-scale conflict whose economic and social impact continues to grow. According to Antonio Guterres, the head of the United Nations, “the impact of war on food security, energy and finance is systemic, severe and accelerating”.

Recently, the United Kingdom, the United States, Canada, and Japan unanimously decided to ban imports of Russian gold, as Les Échos points out. If the sanctions are going well, so are the economic consequences. As Indermit Gill, World Bank Vice President for Equitable Growth, writes, the specter of stagflation is beginning to loom over the world. This phenomenon combines both a weak economic situation and high inflation, because “this (economic) shock is compounded by an upsurge in restrictions on trade in food, fuel and fertilizers”.

This economic crisis is thus leading the government to consider other avenues, known as “exceptional“, which had gone under the trapdoor because of the environmental damage caused.

Towards a reopening of coal-fired power plants?

Acting this decision in article 13 of the future bill on purchasing power, the executive wishes to curb our dependence on Russian gas and compensate for the slowdown in the nuclear fleet. The text in question provides for the rehiring of 71 former employees. According to RTL, they may therefore be rehired on a voluntary basis, “from July 1, 2022 until December 31, 2023”fixed-term contracts or assignment contracts, on an exceptional basis.

A decision that echoes those of our European neighbors (Germany, Austria, the Netherlands), which relaunched coal-fired power stations last week. Whether “coal is the number one enemy of the climate“, as stated on France Info Barbara Pompili, the former Minister of Ecological Transition, one problem at a time…

Should the French reduce their electricity consumption?

For their part, the three energy companies EDF, TotalEnergies and Engie are calling on the French to reduce “massively” their consumption of electricity, gas and oil. “The effort must be immediate, collective and massive”, are alarmed Patrick Pouyanné (TotalEnergies), Jean-Bernard Levy (EDF) and Catherine MacGregor (Engie) in a joint forum published in the Sunday newspaper. And to conclude: “Every gesture counts”. Although it is not a health instruction, the three energy companies want to anticipate the risks of shortages and soaring prices which could threaten, according to them, the “social cohesion” next winter.

“The best energy is the one we don’t consume”, say the leaders. And to add: “We must, collectively, act on energy demand by reducing our consumption to restore our room for manoeuvre”. Energy groups believe that the French must have a “awareness” and “collective and individual action”so that “every consumer, every company – changes their behavior and immediately limits their consumption of energy, electricity, gas and petroleum products”.

Many French people are worried about the energy consequences, because next winter could be difficult. “We are in fact in a pivotal period, marked by a series of events to manage: the closure of oil and coal-fired power stations, that of Fessenheim, but also the delay in the development of other modes of production.underlines RTE with Tf1Info.

Read also: Cost of living: French households suffer as the government brags about its balance sheet

In sum, the restrictions are no longer sanitary, but energetic. However, they are still controversial. On the other side of the globe, protests against rising prices are beating the president of Ecuador.

After two weeks of demonstrations and blockages, Ecuadorian President Guillermo Lasso conceded a drop in fuel prices on June 26: “I have decided to reduce the price of gasoline by 10 cents [de dollar] per gallon [3,78 litres] and the price of diesel also 10 cents a gallon”.

After the violent uprising of October 2019, engraved in the minds of Ecuadorians, the post-covid economic repercussions and the geopolitical tensions of the Gulf and Ukraine have fueled the anger of the indigenous populations, but also of the collectives of students and workers.

For several months, oil prices have started to rise again. “In less than a year, the price of diesel has increased by 90% (to $1.90) and that of gasoline by 46% (to $2.55)”, notes Le Monde. In the face of reported oil production shortages, the people of Quito decided to paralyze the capital, but also to block roadblocks in nineteen provinces of the country. The day of June 13, the date of the start of the disputes, left five dead and dozens injured, according to the authorities.

External factors on the price of oil (soaring prices, disruptions in supply, geopolitical tensions) led to an explosion in the price of a barrel. However, it is the first export product of the country. In response to the protesters, the Energy Ministry warned that the country’s oil production will cease within 48 hours if the protests continue. So you have to make a choice…

Finally, while energy and food shortages, coupled with rising prices, worry economists, the anger that growls in Ecuador could well see the light of day in Europe.

Why have Ukrainian Jews and Ukrainians been fleeing Ukraine since independence? | FranceEvening