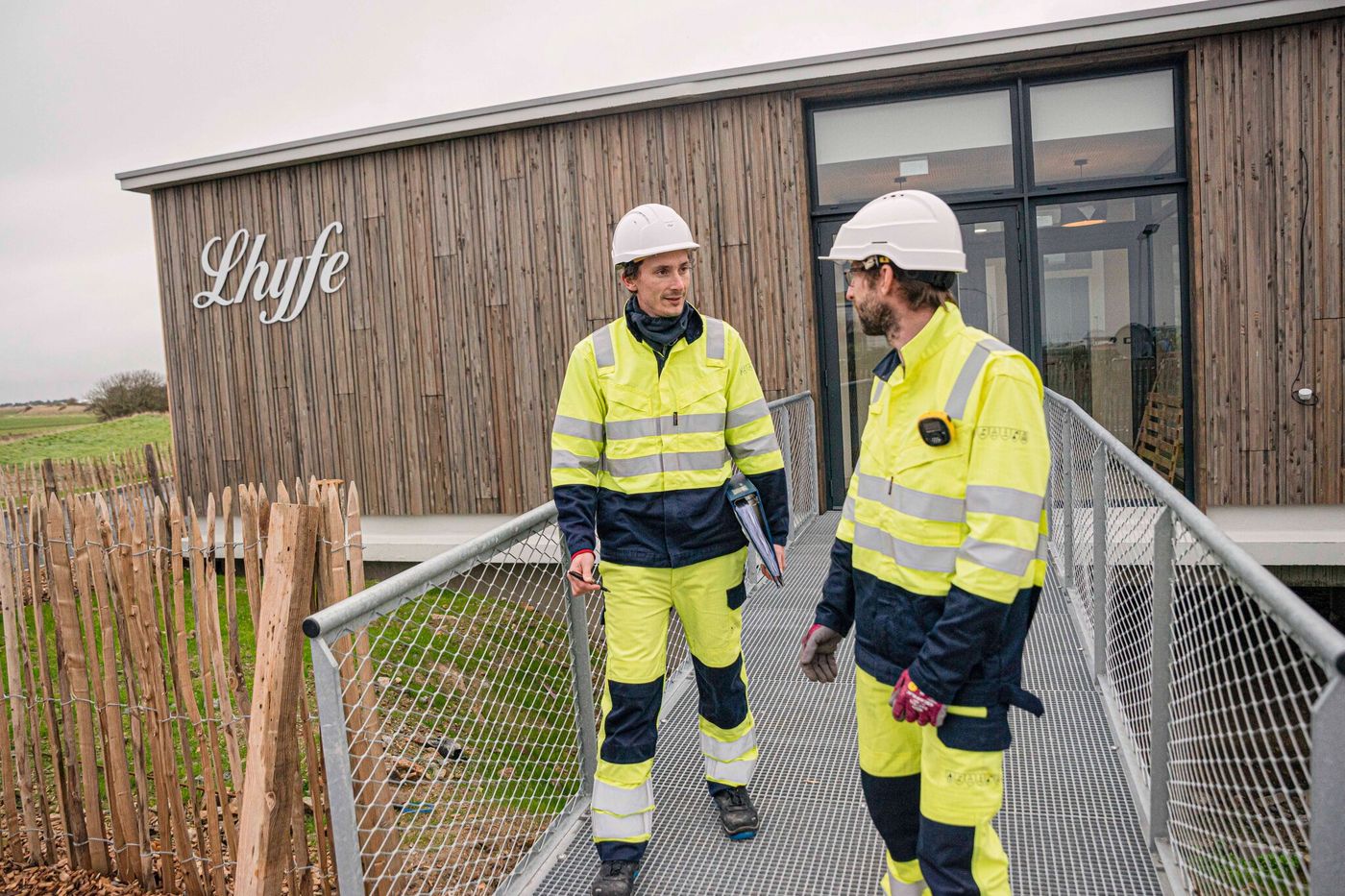 Go fast. Matthieu Guesné, former engineer from the Atomic Energy Commission (CEA) who founded Lhyfe in 2017, is convinced: it is the most agile and those who started early who can win in the race for green hydrogen. , whose departure has just been given.

→ REREAD. Local authorities and industrialists are betting on green hydrogen

The Nantes-based company is now seeking to go public and plans to raise up to 145 million euros as part of a capital increase to be held from May 9 to 19. The objective is to be able to quickly finance the 93 hydrogen production projects in Europe that it has in its portfolio. The potential is 4.8 gigawatts by 2028.

Lhyfe currently only has one site, inaugurated in Vendée last year. But this is a world first with an electrolyser producing, at cruising speed, one ton of hydrogen per day from seawater and electricity from a park of eight wind turbines, which supplies a fifty buses or trucks.

The start-up has developed a technology adapting electrolysis to the intermittency of renewables. “Thanks to our algorithms, we are a few years ahead of the others. We must preserve them by building as much infrastructure as possible now,” says Matthieu Guesné. In the coming months, an offshore production platform will be tested from a floating wind turbine, installed off Le Croisic (Loire-Atlantique).

“We are at the very beginning of the adventure. Many communities and industries come to see us and are interested in the short-circuit ecosystems that we can put in place,” assures the CEO of Lhyfe. Half of the teams work on the construction of infrastructures and the other half is in charge of commercial prospecting.

In Germany, Lhyfe will supply hydrogen to the new Siemens locomotives purchased by Deutsche Bahn. In Denmark, it will produce hydrogen transformed into methanol for the chemical industry.

The diversity of its projects bears witness to the current bubbling observed in the sector. It is largely boosted by the tens of billions of euros in subsidies granted in Europe to replace gray hydrogen (obtained from gas) with green hydrogen and to decarbonize a certain number of uses.

The market that is opening up is certainly very important, but many players are already getting started, such as energy companies (this is the case in France for EDF and Engie), oil companies, but also manufacturers such as Air Liquid. The competition will be fierce and the big maneuvers are just beginning.