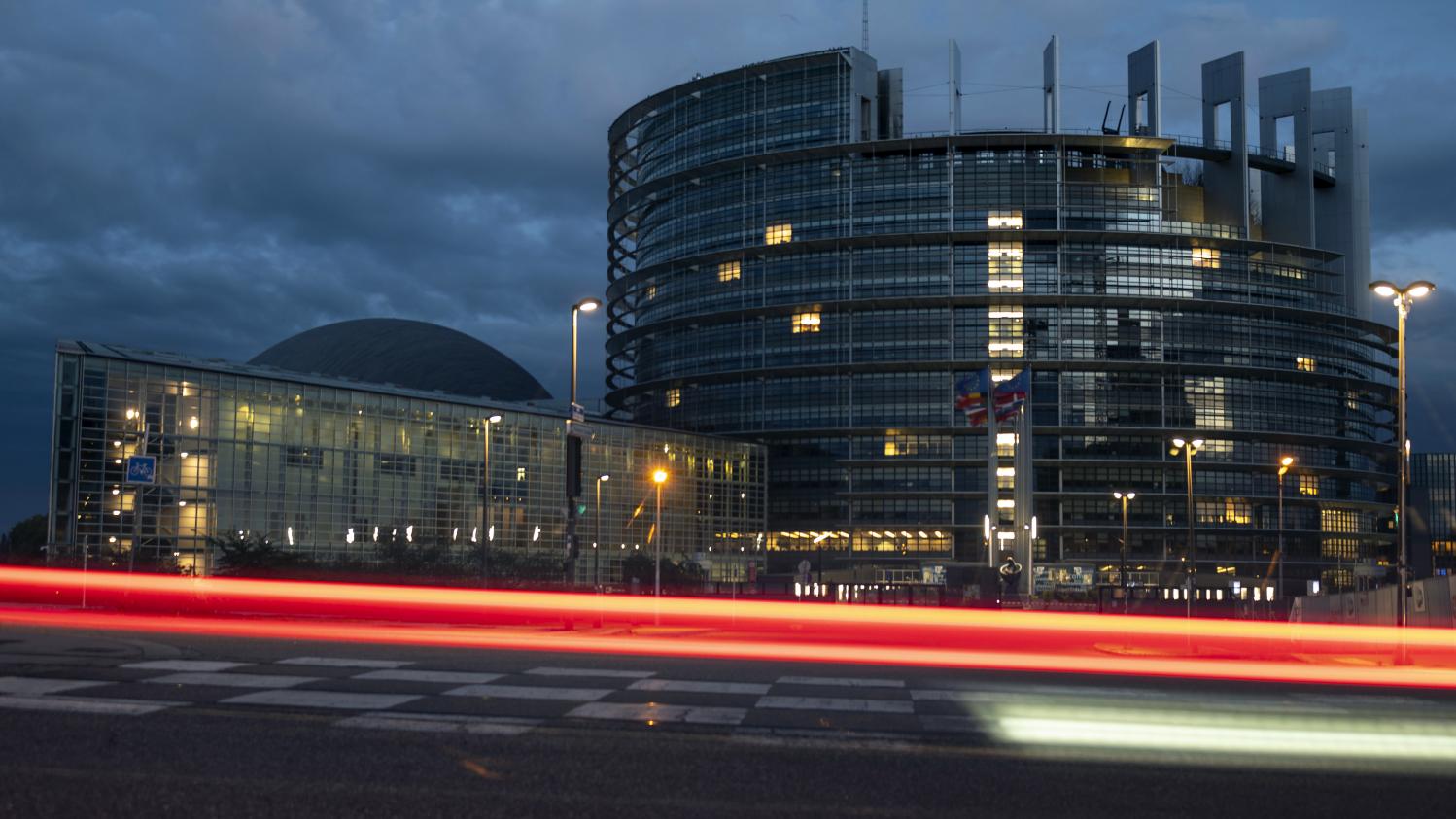 Is Strasbourg still the capital of Europe? No session has been held in Strasbourg since the start of the Covid-19 epidemic due to the health situation in Bas-Rhin. For seven months, MEPs have met in Brussels (Belgium), at the European Council, while the sanitary conditions are almost identical or even better than in the Belgian capital. A new session was due to start in the Alsatian capital but it is being held by videoconference.

In Alsace, this decision does not please everyone. At the restaurant “P’tit Max”, Place de l’Homme de fer in Strasbourg, Hassan Ben Othmane presents the house specialty: carpaccio. “Lots of parliamentarians come just for that!”, exclaims the boss. “At noon, they stay there, but in the evening, we had at least 60 covers, only parliamentarians!”

For the hotel and catering sector, the shortfall is considerable: at least 2,500 people come to each parliamentary session. In a normal year, this represents 15% of hoteliers’ turnover. “I have 81 rooms, and as a rule, during parliamentary sessions I have between 40 and 45 rooms which are reserved by people who come for the European Parliament”, affirms Pierre Siegel, president of the hoteliers-restaurateurs of Strasbourg, and manager of a 4-star hotel. “What we really have trouble understanding is that today we hear a lot of the voices of MEPs who are against Strasbourg.”

The arguments frequently advanced make me think that these people prefer their personal comfort to international treaties, and that is what is very shocking.

Pierre Siegel, president of the hoteliers-restaurateurs of Strasbourg

In fact, many MEPs and especially parliamentary attachés live in Brussels. Their children go to school there and to choose, they would prefer to stay in Belgium. Except that for many elected officials, and in particular the mayor of Strasbourg, there is a political danger here. “You have to distinguish between the two debates. There is the issue of the health crisis, and I can hear a number of arguments from MEPs who clearly face difficult situations, and the debate that exists and is real around the seat of the European Parliament “, assures Jeanne Barseghian. A debate deplored by the mayor of Strasbourg. “I must nevertheless recall that the seat of the European Parliament is Strasbourg! It is even astonishing to speak of the return of parliamentary sessions to Strasbourg when plenary sessions must take place here, that is what is planned”, she retorts.

Jeanne Barseghian finds the situation worrying “for European democracy because we forget why Strasbourg was designated the seat of the European Parliament. It is the separation of powers! Strasbourg is the symbol of this European democracy, it is the voice of European citizens.” The new mayor of Strasbourg therefore asks Emmanuel Macron and Angela Merkel to hammer home this message, and why not to go there in the Alsatian capital to mark the spirits.

The mayor of Strasbourg agrees with what President Macron said at the end of September: “If we accept that the European Parliament only meets in Brussels, we are screwed, because in ten years everything will be in Brussels. And people will only talk to each other in Brussels. But Europe is not. is not that idea. “ And this is quite true: if we have disseminated the institutions, the executive in Brussels, the Court of Justice in Luxembourg, the ECB in Frankfort, it is so that those who build this Europe and who write its rules come from ‘as wide a panel as possible.

It is the elected officials who should bring the most diversity, living in their country, but coming to Brussels or Strasbourg, depending on the nature of their parliamentary work. However, more and more of them are living here in Brussels, some for financial reasons, but also in particular because there are more young people, more women, that parliamentary work is more important than before, and that going back and forth is complicated with the family. Living in Brussels, elected officials are therefore influenced by the Brussels microcosm and its technocracy say the pro-Strasbourg, which is not good for democracy.

Sitting 42 days a year in Strasbourg, does that really change things? In reality by really. This would require MEPs to leave the building that houses the headquarters a little more, for this transhumance to be accompanied, for example, by more frequent exchanges with the Council of Europe or Eurocorps, which sit in Strasbourg, but this remains rare. . On the other hand, this “summer camp” aspect favors other types of exchanges which are often more informal and richer than in Brussels, with the commissioners who are more available there, or between parliamentary attachés from the different political groups, confided one of the ‘them at franceinfo. The press also covers the sessions more intensely when they are in Strasbourg than in Brussels, where we are quickly drawn into the work of the Commission or the Council. So there are pros and cons.

But moving the 705 deputies between Brussels and Strasbourg has a cost: nearly 110 million euros per year, out of the two billion euros per year that Parliament costs. This is the main argument of the anti-Strasbourg. There is also an ecological cost but ultimately not as significant as one might imagine: of the total greenhouse gas emissions generated by the European Parliament for passenger transport, only 15% are attributable to the sessions which stick to it.