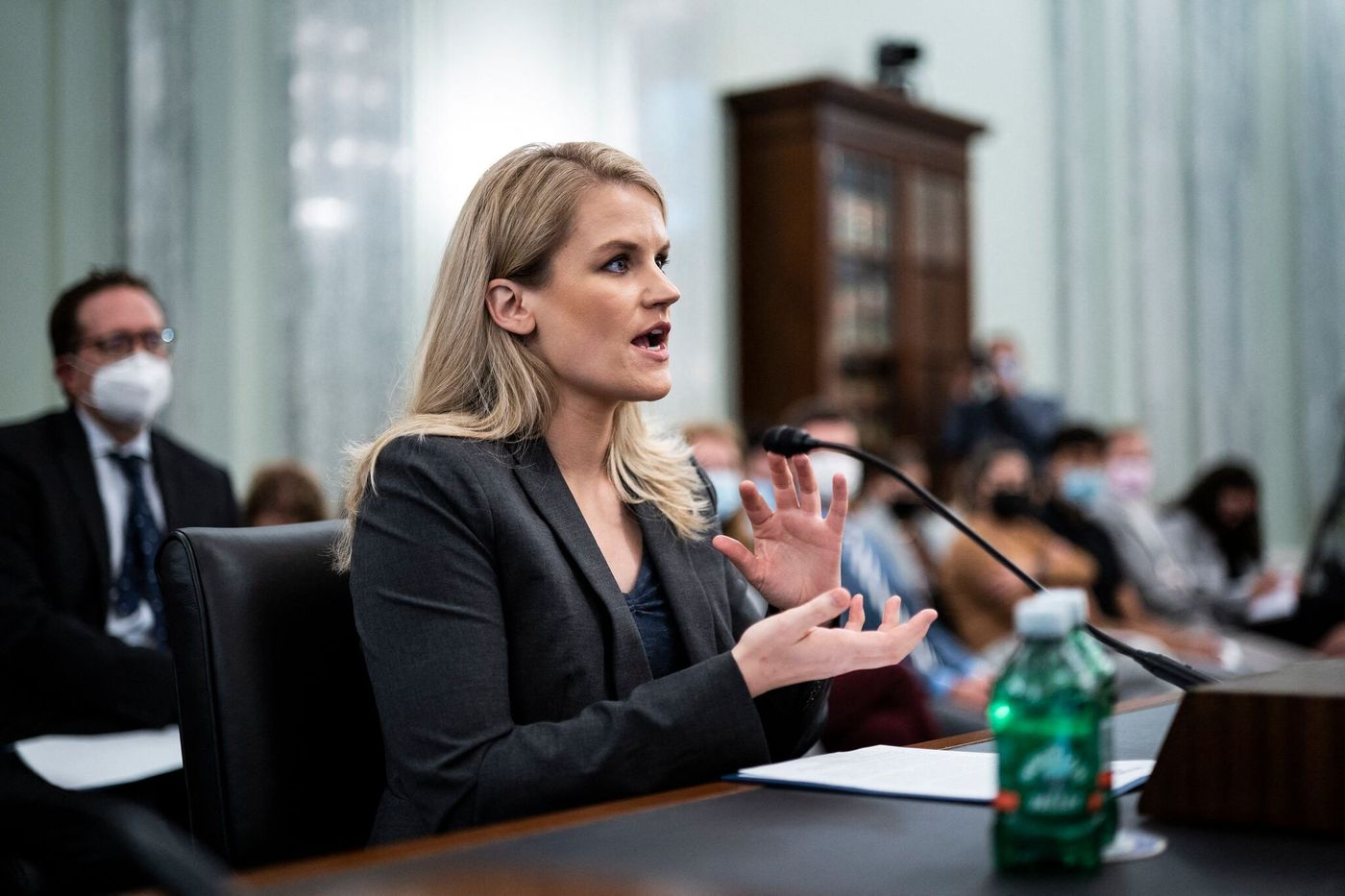 Facebook is back on the dock. The famous social network with more than three billion users in the world – in just 17 years of existence – is this time questioned by a whistleblower, Frances Haugen, who, after working there for two years, has chosen to denounce its methods.

As misfortunes never come alone, Facebook had to face a giant blackout on Monday, October 4, bringing down all of its services around the world, for six hours. She recalled the fragility of small businesses, including Facebook, which brings together four platforms – two social networks, Facebook and Instagram, and two messaging services, WhatsApp and Messenger – is often the only commercial relay, especially in many countries in the South where the group funded Internet infrastructure.

This breakdown accentuates the turmoil that Frances Haugen’s statements have created. The 37-year-old engineer, with an MBA from Harvard, previously worked for Alphabet, the parent company of Google, and for other social networks. She was marked, during her career, by the personal trajectory of a friend who, by dint of studying fake news, ended up believing it in spite of everything.

At the end of 2018, during job interviews with Facebook, she pleaded her interest in a position that helps democracy and the fight against disinformation. Frances Haugen then worked in a division of 200 people in charge of“Civic integrity”, according to network terminology. This structure is particularly vigilant during elections all over the world.

The employee left the network in May 2021 after having collected thousands of working documents, in particular on the algorithms of the social network, which she distributed to the Wall Street Journal from September.

“Facebook is stuck in a spiral that they can’t seem to get out of, explained Frances Haugen, Tuesday, October 5, in front of the elected representatives of the American Congress. They have to admit that they have done wrong, that they need help. This is called moral bankruptcy. “

She particularly grieves the all-powerful founder and leader of Facebook, Mark Zuckerberg, who still holds 60% of the voting rights. “There is no such powerful company that is controlled so unilaterally. Ultimately, the responsibility rests with Mark. And he’s not accountable to anyone. And Mark Zuckerberg is, in fact, the chief designer of the algorithms ”, assured the engineer.

Mark Zuckerberg has already seen employees turn away from Facebook’s path to limitless power, including his very first associates. The whistleblower recently saw from the inside the “Spiral” on which the network bases its economic model. The latter is based on the integration of information resulting from actions left on the network: the publications consulted, commented on, transferred, liked, etc.

The richer the interactions, the more refined the user’s profile, which Facebook is then able to sell to advertisers, who are practitioners of targeted advertising. “Fake news is the one that generates the most interactions and traffic, recalls Arnaud Mercier, professor of communication at the University of Paris 2 Panthéon-Assas. Facebook has no interest in regulating them, even those with negative content, since they make it possible to identify those who like them. The official rhetoric proclaiming that the network seeks to fight fake news is a form of hypocrisy. “

“Between moderation, security and profit, it is always the third that wins, hence the emphasis on more divisive, even hateful content, notes Julien Le Bot, journalist specializing in digital technology. Algorithmic machines are very good at running this economy which relies on attention. “

In the documents she took with her, Frances Haugen calls into question Instagram, the messaging service based on photo sharing which has millions of teenage girls among its users. They “Use Instagram to calm down but are suddenly exposed to more and more content that makes them hate themselves”, she denounces. It has already been proven that social networks have a considerable influence on the relationship with oneself, with others, and can have serious psychological consequences.

Talk about“Addiction”, “which is a disease supposing a patient’s fragility”, would be an abuse of language, nuances the psychiatrist Serge Tisseron. The existence of such a disorder is not recognized by the World Health Organization. The excessive use of social networks stems more from the manipulative power of algorithms, designed to keep Internet users online as long as possible, than from the fragility of some.

“The difference is essential, considers the psychiatrist. If it was an addiction, we would have to think about an offer of adapted care. Here, we are rather faced with a toxic product that calls for regulation first, as we take for example in the food sector. “

Whether or not there is “addiction”, the allusion to food links social networks to public health, which few could have predicted fifteen years ago. “Social networks have stealthily advanced, going under the radar of competition rules, explains Me Alexandre Lazarègue, lawyer specializing in digital law. They put producers and consumers in touch without paying any attention to health issues and the right to information. “

Social science researchers within Facebook have nevertheless worked on the risks of this “attention economy”. “Facebook did not want to take this into account, resumes the lawyer, which poses legal problems. Social networks are likely to contribute to criminal, even criminal, practices. In the future, perhaps digital executives will have to warn their users, much like in the tobacco industry, whose managers have been gradually forced to inform their consumers. “

While the nearly 15% drop in Facebook’s share price caused him to lose a few billion dollars, Mark Zuckerberg rejected the accusations made by his ex-employee. “The United States allowed an economic monster to be created without respecting the principles of regulation of capitalism, made up of legal and moral limits, believes Arnaud Mercier. One of the virtues of the market is free competition. “

The Facebook (the article will fall in 2005) was born at Harvard University on February 4, 2004. It is then a kind of online trombinoscope (facebook) of the students of the university. It then spread to other universities and secondary schools in the country.

Facebook is the “F” of “Gafa” (Google, Amazon, Facebook, Apple), the American tech giants that have become in a few years the largest groups in the world.

Facebook now has more than 3 billion users worldwide. It also owes it to the acquisition of other social networks such as Instagram in 2012 or WhatsApp in 2014. These acquisitions were aimed as much at profiting from their innovations as at annihilating any potential competitor. In 2020, the network’s turnover was around 86 billion dollars (74.5 billion euros).

In France, there are nearly 40 million monthly active users of the network, as well as 16 million for Instagram messaging and the same for WhatsApp.