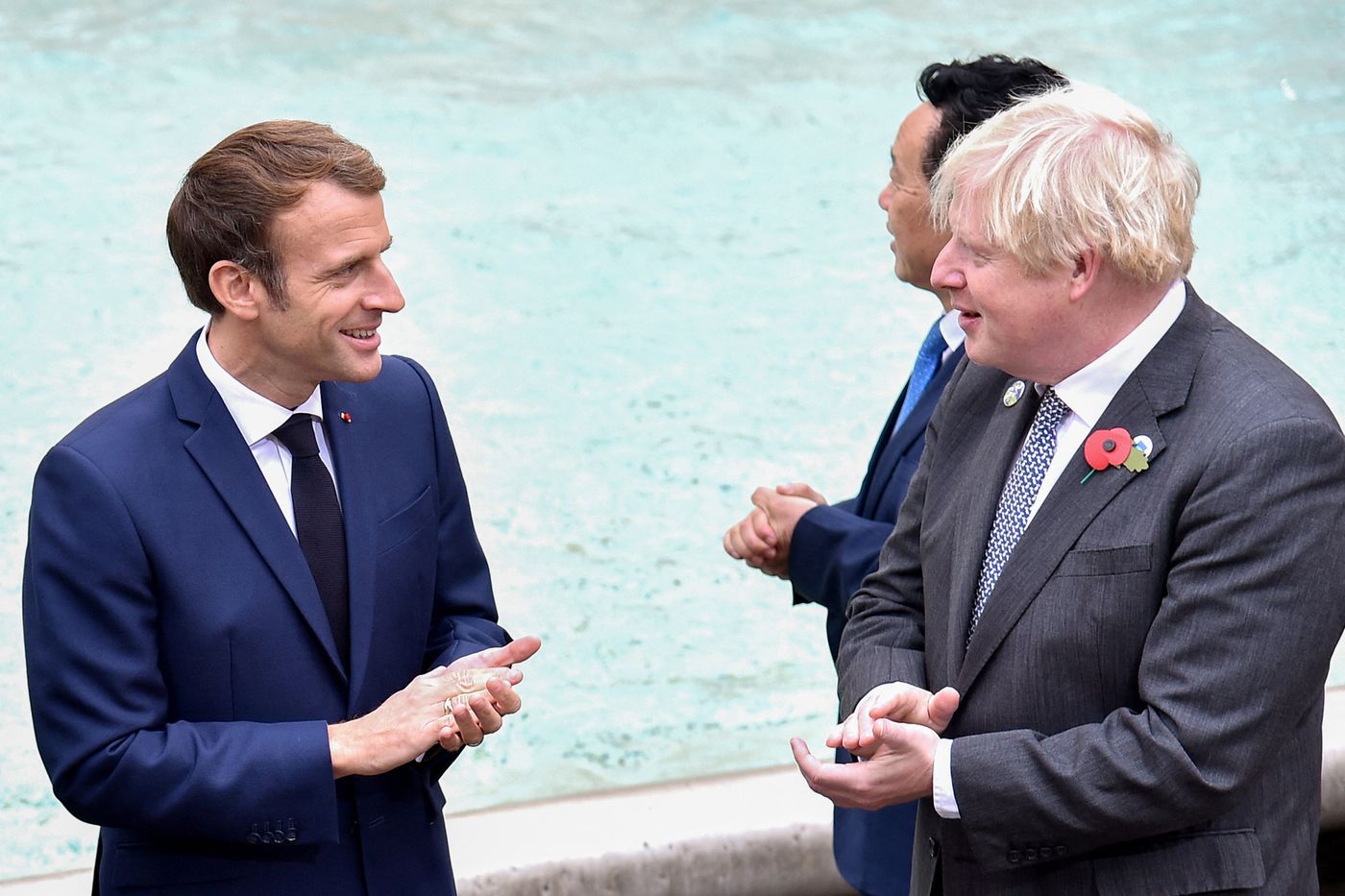 After weeks of growing tension, the fisheries crisis dominated an interview between Emmanuel Macron and Boris Johnson on Sunday (October 31), with the French president calling for the ” de-escalation “ while the British Prime Minister insisted on withdrawing threats of retaliation from Paris.

For the first time since the G7 in June, the two leaders met face to face for almost half an hour, on the sidelines of the G20 summit in Rome. This meeting was eagerly awaited while relations between Paris and London are at their lowest due to several points of contention: the case of Australian submarines, illegal crossings of the Channel by migrants, and the implementation of Brexit.

The most urgent dispute to be dealt with is that of fishing, which threatens to degenerate in the coming days with the entry into force scheduled for Tuesday, November 2 of the first retaliatory measures on the part of France. French Secretary of State for European Affairs Clément Beaune reiterated Sunday morning on Twitter that Paris was ready to apply “Proportionate and reversible measures”.

But the Elysee and Downing Street gave two rather different versions of the discussion between Emmanuel Macron and Boris Johnson, while waiting for the two leaders to speak publicly at press conferences scheduled for the afternoon.

The French presidency claimed that Emmanuel Macron and Boris Johnson had agreed that a “Joint work” be conducted so that “Practical and operational measures be taken as quickly as possible” to favor “De-escalation”. Without detailing the envisaged arrangements, she stressed that” a solution “ was possible because the dispute only concerns “A few dozen boats” French.

The holding of such talks was not confirmed by the British side, which in a more offensive tone insisted on the need for Paris to withdraw its threats. Boris Johnson has “Reiterated its deep concern about the rhetoric of the French government in recent days”, according to a spokesperson for Downing Street, citing in particular the words of Prime Minister Jean Castex according to which “UK should be punished for leaving the EU”.