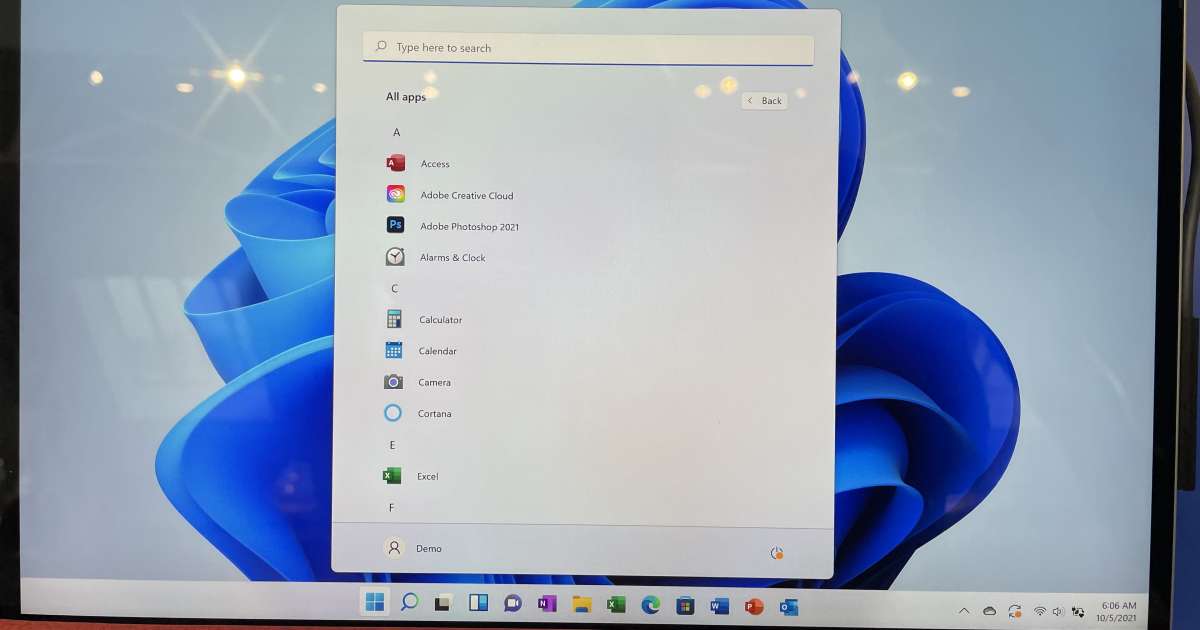 Windows 11 potentially arrives on PCs around the world this Tuesday, October 5, 6 years after Windows 10. After two years under “Covid” and the development of forced teleworking, is this new operating system revolutionary?

The last launch of an OS by Microsoft dates from 2015, six years ago. There have, of course, been regular updates since. But here we have an important change.
You should know that the development of such an operating system takes time. It was launched long before the “Covid” years, and with the health crisis and the development of teleworking, there have been significant changes in use. Today, we offer a Windows that really fits into the uses of people today. But this is not a revolution. We want people to stay in familiar surroundings.

When we went from Windows 7 to Windows 8, there was a pretty radical break in usage. Also, when Windows 10 was developed, we went back to a Windows 7 base that was very popular. Today Windows 10 remains a great OS. And we do not want users to feel lost with the new OS. Suddenly, we will find a lot of things from Windows 10 on this new OS, and it’s voluntary. It seems like it doesn’t change much, but with use, you’ll find that you won’t want to go back. It’s a subtle mix of changes.

What are the major changes, or the most visible, of this new OS?

One of the most important pillars of Windows 11 is simplification. Windows 10 could have seemed complicated at times. There we have almost immediate access to functions. With for example a “Start” menu placed in the center of the taskbar, and displaying essential functions.
We have also developed a more fashionable, more refined design. The sound environment has also been revised.

With the development of teleworking, we all spend a lot of time on our PC but each with very different uses. Has this new way of working been taken into account?

This new OS has been designed so that it is secure and accessible to everyone and that everyone can personalize their PC. For example, we can have several desks, one for personal use, on which we put Netflix, edge, Spotify…, the other for professional use with Word, PowerPoint, drive… We thus have two universes (or more) , as if we had several PCs. To switch from one universe to another, just click on a small icon.

Teleworking has also developed multitasking, and many of us open several windows, or even work on two screens. The new anchoring function simplifies this maneuver. Before, to display two windows, we did Windows left, Windows right… There, we have a simplified window docking function to choose their layout (which is activated when hovering over the button used to enlarge a window).

We also have the possibility of creating widgets to personalize your PC. And we have developed the “connectivity” part. Thus, the “teams” app is now available in cat. Even if your interlocutor does not have “teams”, you can chat with text messages from the phone. There is also in the professional “teams”, the possibility, in the taskbar, to directly switch off and on his microphone.

Practical question, will this new OS bury Windows 10 and will it be necessary to pay for the update?

No it’s free ! And above all, we don’t try to force people to switch to Windows 11. It’s the best experience we offer them. We will keep Windows 10 alive for another 4 years, until the end of 2025. We will make all the updates, all the security proposals.

What configurations are required to install Windows 11?

We are on fairly low configurations. It requires 4 gigabytes of Ram, which is quite low, and 64 gigabytes of hard drive. These are really minimal specifications.

Can we update today?

The update will be offered between now and mid-2022. The more recent the PCs, the sooner they will be upgraded to Windows 11, from October 5th. The older they are, the later they will pass. This year, almost all PCs released in 2021 will be eligible. And those of September will be very quickly, from October 5. You will receive a notification. Finally, to check if your PC is compatible, you have a tool available online via the PC integrity control settings: “PC health checker”.