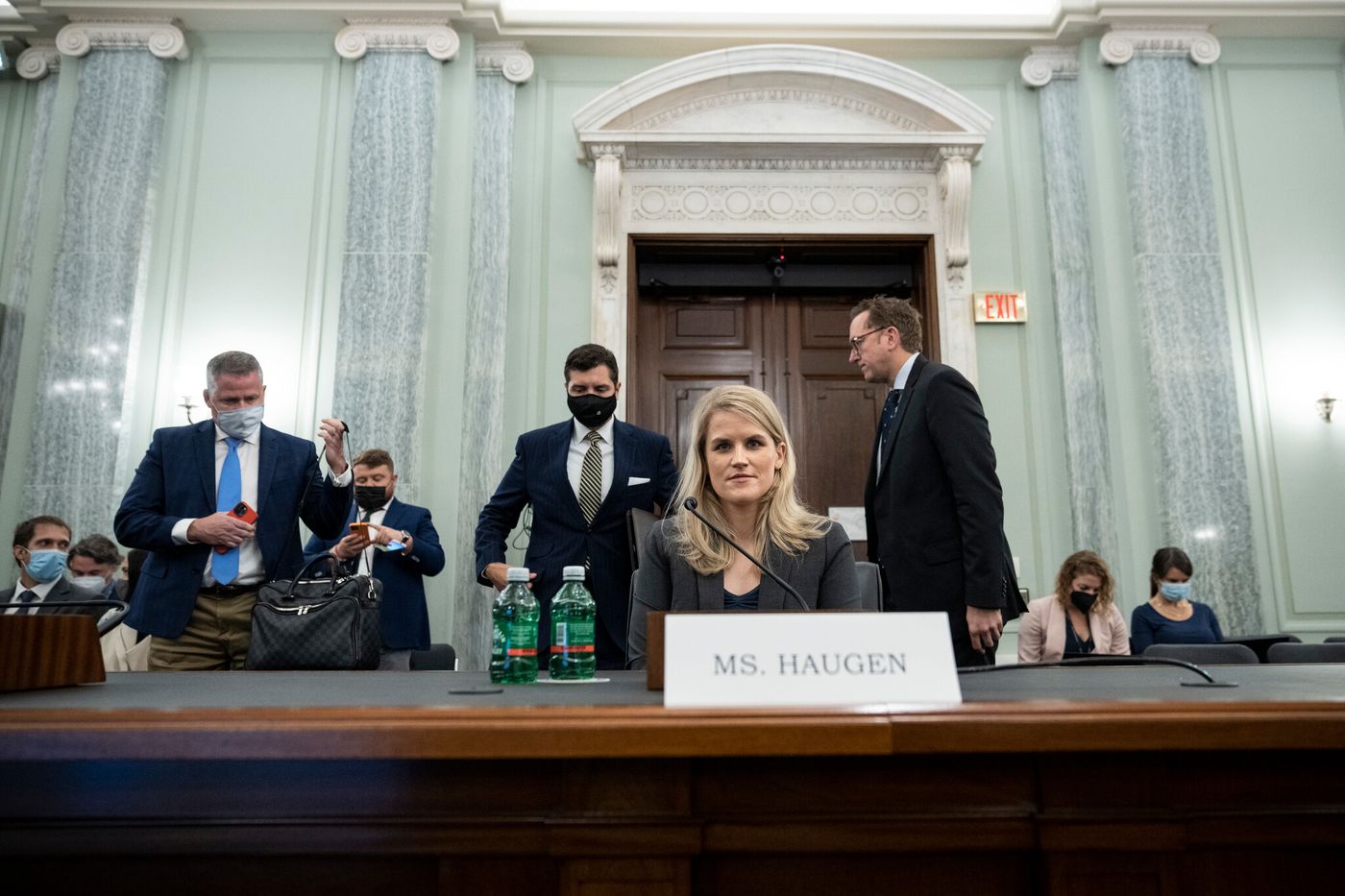 “A catalyst”, this is how an elected representative described the whistleblower Frances Haugen, whose presentation tarnished, Tuesday, October 5, the image of Facebook to the point of pushing the US Congress to promise to better regulate the Californian giant.

“Moral bankruptcy”, “Spiral”, the 37-year-old computer engineer described, calmly and precisely, the situation of a company which, according to her, gave up some moral principles in the name of profit.

“You have been a catalyst for change like I have never seen before and I have been working on these subjects for 10 or 15 years”, commented Democratic Senator Richard Blumenthal during his hearing by the Senate Trade Committee.

Three days ago, this thirty-something was unknown, a computer scientist among others, with a successful career but far from the ruling circles of Facebook. Today, her face has been around the world and she embodies, at least for a few days, the rebellion against the omnipotence of the tech giants.

“I know that Facebook has the resources and potentially the motivation to ruin my existence, but I accept it because I know that I am in line with my values ​​and what I believe in”, said this Harvard graduate in a video uploaded Sunday, October 3.

“We still have time to act. But we have to do it now ”, urged Frances Haugen, who left Facebook last May after two years with the company.

Throughout her testimony and questions from senators, she relentlessly unfolded the contradictions and turpitudes of Facebook executives, who “Finance their profits with our security”, according to her. Among the group’s drifts, according to Frances Haugen, the methods that push adolescents to use Instagram in high doses, to the point of sometimes sinking into addiction.

During her hearing, Frances Haugen awarded a special mention to Mark Zuckerberg, co-founder and boss of the Facebook group. Several senators invited him on Tuesday to come and answer their questions.

“There is no such powerful company that is controlled so unilaterally. So in the end, the responsibility rests with Mark. And he’s not accountable to anyone. And Mark Zuckerberg is, in fact, the chief designer of the algorithms ”, assured the engineer.

→ READ. The Gafams cash in on record profits

Mark Zuckerberg defended himself shortly after the hearing in a lengthy post on his Facebook page. “At the heart of these accusations is the idea that we prioritize profits over safety and well-being. This is simply not true ”, he writes.

Picking up many points from the testimony of the whistleblower who denounced Facebook’s indifference to studies showing the toxic influence of the group’s social networks on adolescents, Mark Zuckerberg retorted: “If we wanted to ignore research, why would we create a cutting edge curriculum to understand these important issues? If we don’t care about tackling harmful content, why would we hire so many dedicated people? “.

For the whistleblower, we must impose on Facebook more transparency and information sharing, with the help of a new regulator dedicated to Internet giants, able to understand the complexity of these platforms.