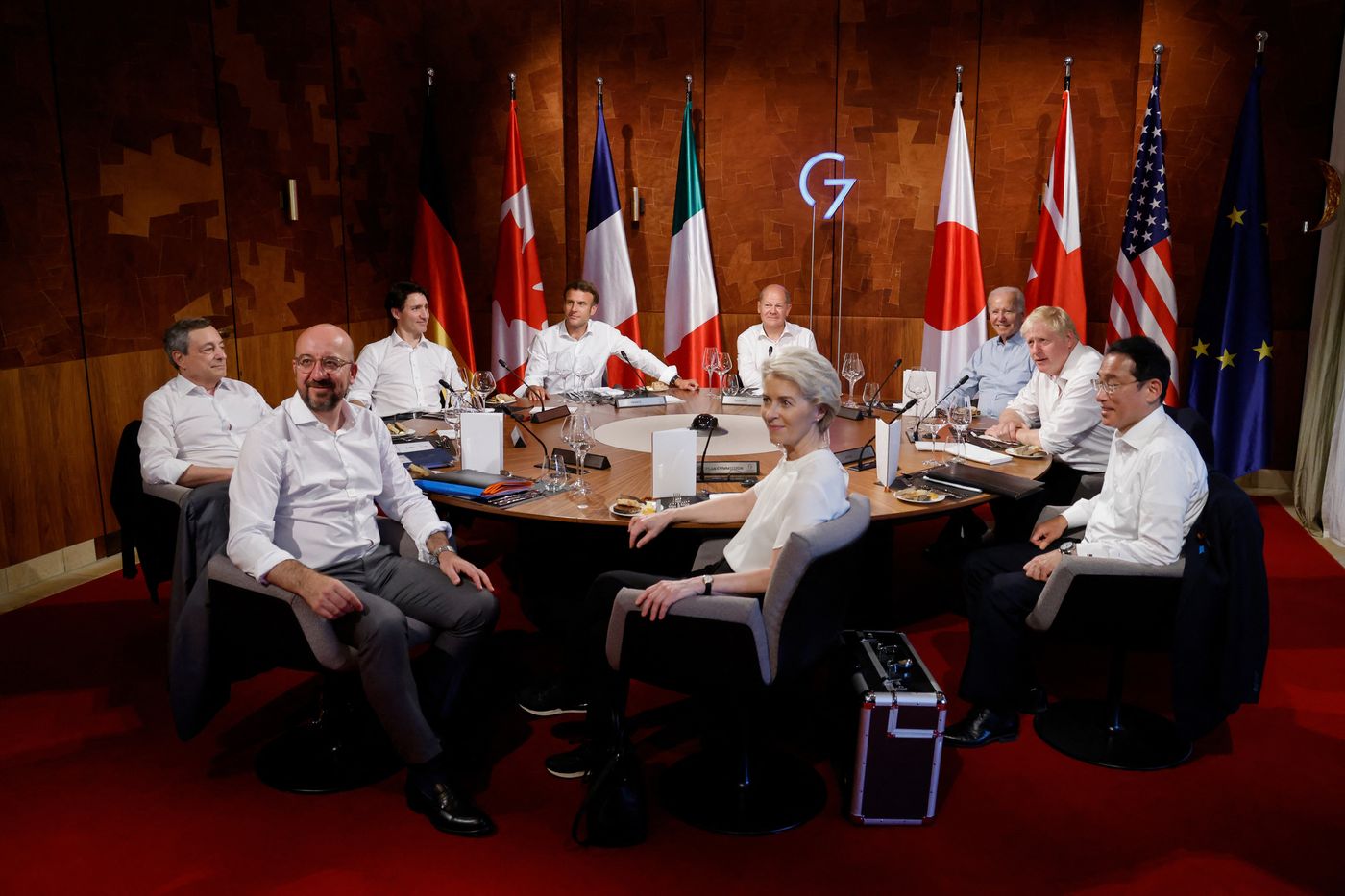 ► What will the loans offered by the G7 countries be used for?

The German Chancellor, Olaf Scholz, and the American President, Joe Biden, formally launched on Sunday June 26, at the G7 summit in Germany, a “Global Infrastructure Partnership”. The ambition is to raise 600 billion dollars in five years (567 billion euros) to invest in the form of loans to developing countries.

The United States alone has promised to “to mobilize” 200 billion dollars (189 billion euros) but without specifying what the share will come from the private sector and public financing, nor what guarantees the American government plans to provide to encourage private investors to commit.

Without citing China, but making a very clear allusion to the Chinese loan program known as the “new silk roads”, the American president assured that the partnership launched by the G7 is based on “shared values” : transparency, respect for workers’ rights, the environment, gender equality. Olaf Scholz also promised a “best offer in terms of infrastructure investment”, without saying in relation to whom.

► Why are Chinese loans so decried?

The loans offered by China within the framework of the “New Silk Roads”, a program also called the “Belt and Roads Initiative” (Belt and Road Initiative), are highly criticized because they are carried out on a discretionary basis and have sometimes put some countries in a situation of over-indebtedness.

Moreover, they are pledged on assets, raw materials or infrastructures, so that, when a country cannot repay, it must settle in kind. This is what happened to Sri Lanka, which had to cede to its Chinese creditors in 2017 the use for 99 years of the port of Hambantota, an essential infrastructure for this country and which had been built with Chinese credits. This failure then triggered major protests in Sri Lanka.

Finally, the developed countries also fear the Chinese political influence acquired thanks to these loans. This is why they strive to offer an alternative program. China, for its part, seems to be reviewing its priorities within the framework of its program. It only invested the equivalent of 13 billion euros last year, compared to 75 billion euros in 2020 and 189 billion in 2019, according to financial data aggregator Refinitiv.

► Who will be able to benefit from the partnership proposed by the G7?

Among the projects which will be financed within the framework of this partnership, the White House quotes for example a contract of 600 million dollars (567 million euros) for the construction of an undersea telecommunications cable which will connect Singapore to France via Egypt and the Horn of Africa or the granting of a loan equivalent to 3 million euros, granted by the American Development Bank (DFC) for the Institut Pasteur in Dakar in order to produce vaccines there.

The loans are intended for middle-income countries. An American official specifies that Africa will be “clearly a priority”. These loans are intended to support projects that contribute to energy security, telecommunications, health and gender equality.