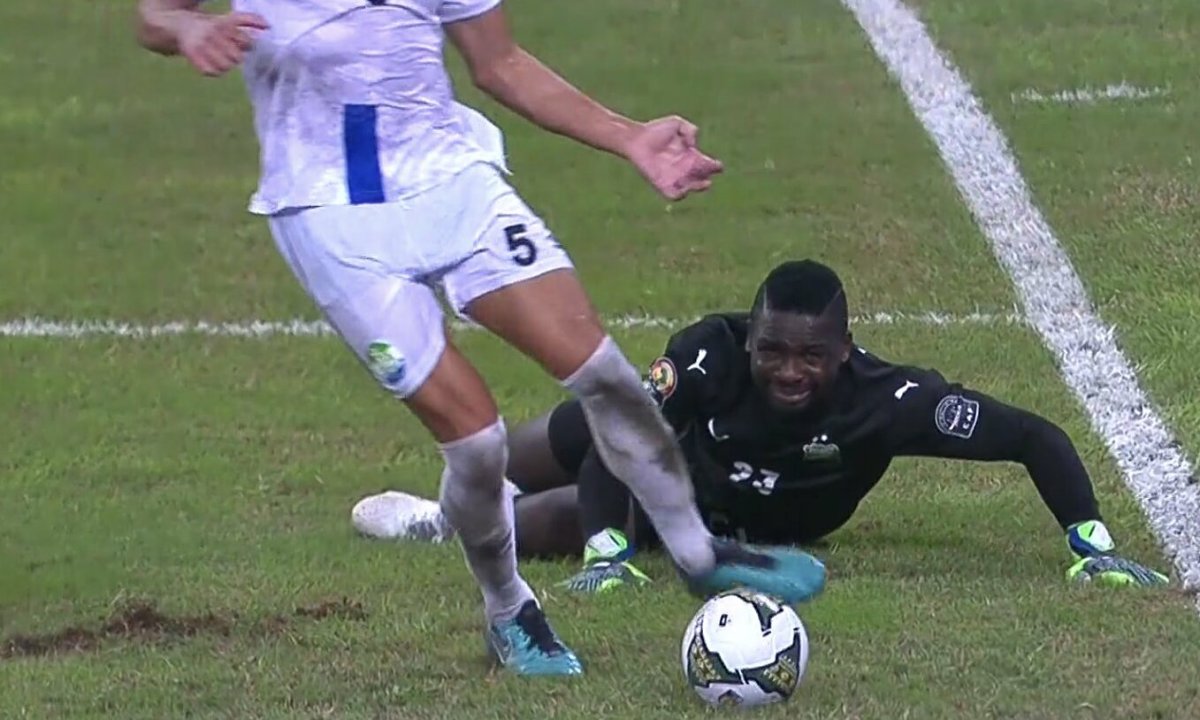 CameroonBadra Ali Sangare was hurt when he made a mistake leading to the third stoppage-time goal, causing Ivory Coast to draw with Sierra Leone 2-2 in the Africa Cup – CAN 2021 on January 16.

Sangare tries to catch the ball from a teammate’s header, to help Ivory Coast avoid the corner. But the 35-year-old goalkeeper made an error on the ground, flipped a circle and let the ball slip out of hand to Steven Caulker’s position. The former Tottenham and Liverpool midfielder then crossed to Alhaji Kamara to score in an empty net to make it 2-2.

While Kamara took off his shirt to celebrate with his teammates, Sangare lay on the ground in pain. He was unable to continue playing and had to be carried off the field on a stretcher.

Because Ivory Coast had used up all five substitutions, captain Serge Aurier had to defend the goal in the final minutes of injury time. The former Tottenham defender did not have to save a single time, when Sierra Leone failed to take advantage of the man to attack for the rest of the time.

Comedy goalkeeper at CAN 2021

Before that, Nicolas Pepe and Sebastien Haller twice brought Ivory Coast ahead. But Musa Noah Kamara’s goal, and Sangare’s error situation made Ivory Coast unable to keep the winning streak. However, coach Patrice Beaumelle’s army still holds the top of Group E CAN 2021 with four points, one point more than Guinea and two points above Sierra Leone. The defending champion, Algeria, is at the bottom of the table, having only won one point from two matches.

In the last match on January 20, Ivory Coast will meet Algeria, and Sierra Leone will meet Guinea. Ivory Coast must win, if it wants to enter the 1/8 round with the first place in Group E.