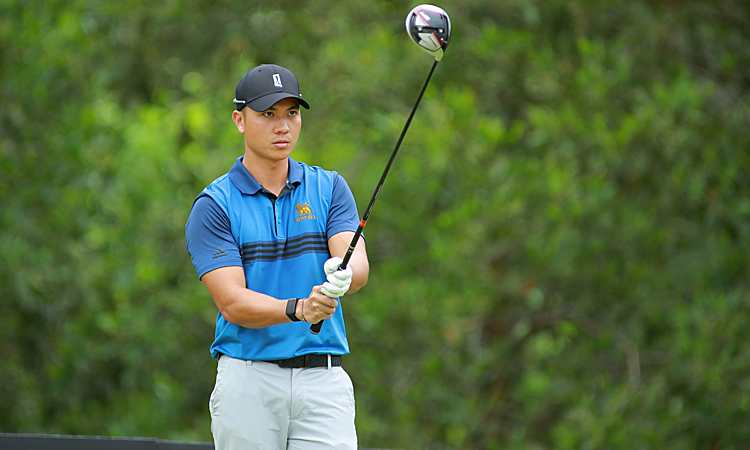 SingaporeFormer number one golfer in Vietnam showed impressive performance, finishing T52 with a score of -4 at the International Series after three years of focusing on business and golf training.

The tournament belongs to the first-class golf arena in Asia – Asian Tour, taking place on the par72 course at Tanah Merah Country Club, bringing together 144 competitors for a prize fund of 1.5 million USD.

In the first three rounds, Duy Nhat all scored negative, pooling -7 to stand in T20 and theoretically still have a chance to enter the top 10 final when seven strokes from the top of the table.

However, Duy’s performance in the Singapore International Series was better than the Indonesia Open, also on the Asian Tour, which ended a week earlier. This tournament, he was cut out – got +6 after two rounds, while the cut line was -2.

Duy Nhat attended both events as a guest. Thereby, he reunited with the regular professional arena as well as the Asian Tour after three years of putting down the stick, since winning the domestic professional tournament Lexus Challenge 2019.

The Asian Tour in the period 2010-2019 recorded only 70 first-class prizes and six prizes on the Asian Development Tour (ADT) second-place branch. When entering the above group, he twice finished in the top 10 with the most prize money at 24,800 USD for the T7 position at the 2016 Manila Masters. In ADT, Duy Nhat won the 2015 Ciputra Golfpreneur Tournament trophy, with 17,500 USD. With this title, he is still the only Vietnamese national champion in ADT history, since 2010.