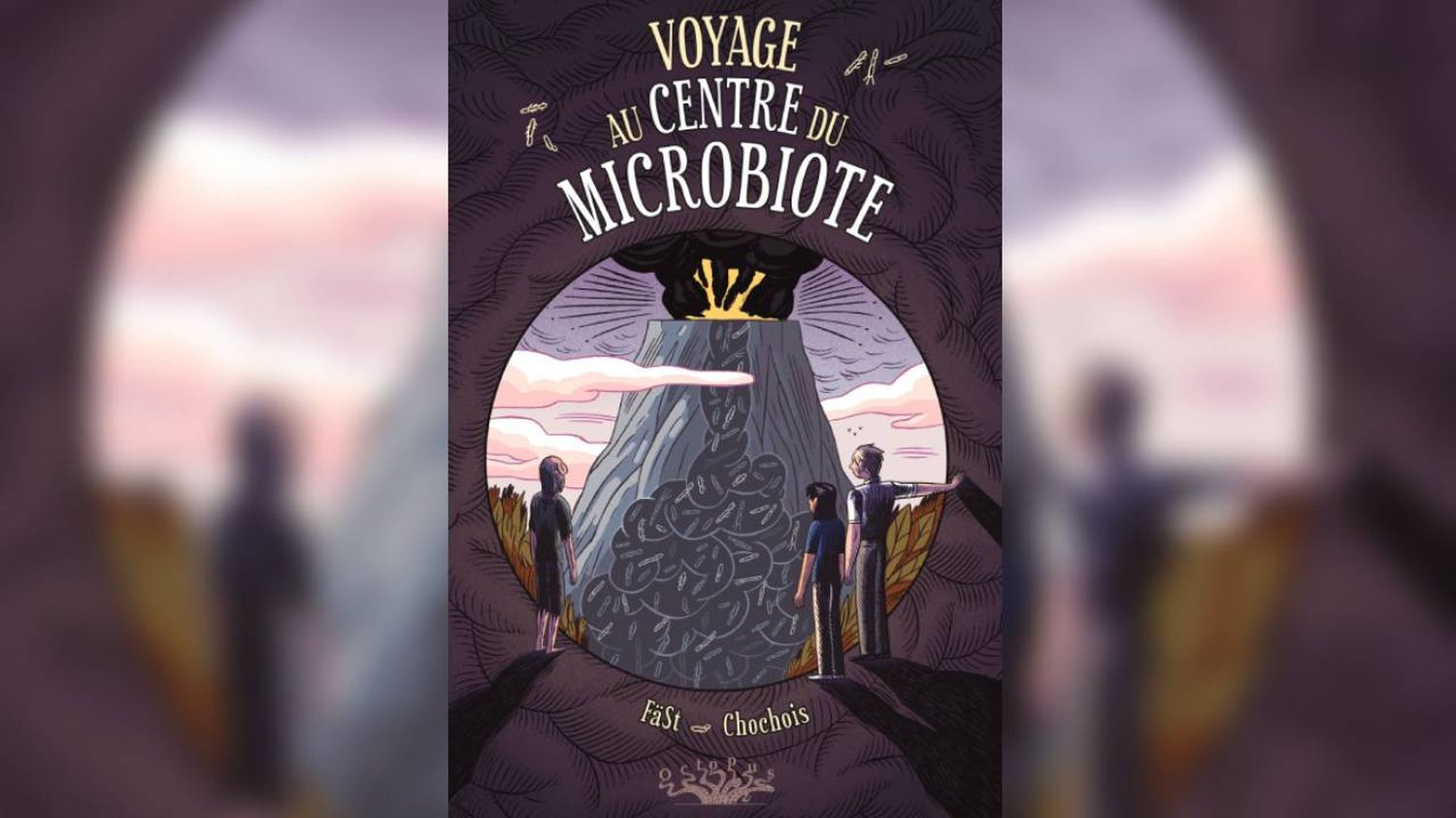 We all harbor several microbiota: digestive of course, but also pulmonary, dermatological, genital, dental. That’s a crazy world: about 10,000 billion microorganisms. Two kilos per person of bacteria, viruses, yeasts, all interdependent. They maintain us in good health or in the event of imbalance, generate disease of the intestine, or of the brain. Parkinson’s, Alzheimer’s, autism or anxiety disorders would find their origin there. The work of INRA (now the National Research Institute for Agriculture, Food and the Environment, Inrae) in Jouy-en-Josas for years are very enlightening on this subject.

In this comic, all this “population” of microorganisms lives on a fictional island in the Pacific, “Microbiota” where a billionaire took it into his head to develop a miracle suppository to stimulate this microbiota. And now journalists arrive to explore this territory, in the midst of a volcanic eruption. With a host of adventures. A bit as if Jules Verne had known the concept of microbiota.

Inserm joined in this work because it is a public health issue. This was explained by the research director directly involved, Professor Michel Neunlist, known for his work on this second brain, the digestive tract. He himself speaks of a “microbiota mode” which for 20 years has given rise to hopes “excessive”, and too early. And so while waiting for the miracle pill in 10 or 20 years, he wants to encourage a way of life, food and an environment that preserves this diversity.

In comics, for example, we come across a bacterium (Ruminococcus bromii) which digests seeds and vegetables and protects your colon, another (Lactobacillus rhamnosus) which reduces stress. All this differs from one individual to another, from one region to another. A Japanese has what it takes to manage such local algae, which a European does not. And the interest of knowing all this, it is the prevention but also the opening of new therapeutic ways.

It’s not very appetizing but there are already treatments based on excrement. Clearly, fecal matter is transplanted into the colon to treat certain inflammatory diseases or even obesity. On this, we are already in clinical trials. There are trials on certain psychiatric illnesses.

Another track, gene therapy: how to modify bacteria so that they treat inflammation. The Future Investment Plan (the 2030 recovery plan) relies heavily on all this research. Professor Neunlist is much more skeptical about probiotics, prebiotics, or postbiotics that are already available without a prescription. Not to mention “scam”, (so much the better if it works on some people) it can not, according to him, go very far for a large audience.