I am a directors actor, says actress Nushrratt Bharuccha 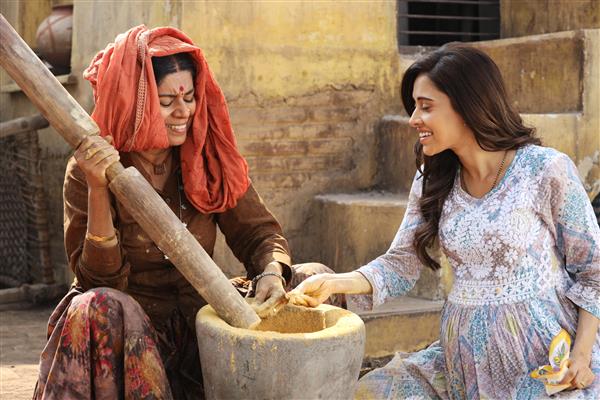 From romcoms like Pyaar Ka Punchnama and Sonu Ke Titu Ki Sweety to anthology Ajeeb Daastaans to heroine-oriented film Chhorii to Akshay Kumar-starrer Ram Setu, it has been quite a Chhalaang for Nushrratt Bharuccha! As she is ready with her first horror film Chhorii, a remake of Marathi film Lapachhapi, she can’t stop gushing over her director Vishal Furia, as well as the relevance of remakes. Remakes, she insists, are not rehashes, but an attempt to add layers and nuances to the original. And in the hands of the same director (Vishal directed the original too) she observes, “Who better than him to translate the cinematic experience in another language as he knows the soul of the film?”

Of course, bettering the original, especially one which found favor with critics and audiences is even more challenging. For actors too, one is right in assuming that horror is a difficult genre and as she puts it, “Horror takes the life out of you, especially since Chhorii involves a gamut of emotions as well.”

But if you think acting in ‘popcorn-friendly’ comedies that work like a breeze with audiences, is a cakewalk, she couldn’t disagree more. “Doing a comic act especially for female actors is as hard a nut to crack as say a serious part in Ajeeb Daastaans.”

Sure some of her successful films may have been panned by critics, even termed sexist and misogynist.

She defends her choice, “Cracking jokes (on girls too) is fine, provided it’s a healthy banter and not done with any malice. Girls in Pyaar Ka Punchnama are characters; we are not saying all girls on this planet are like this.”

As for critics, she says, “It’s their job to critique and evaluate as they deem fit. It’s not my job to respond to criticism, but to keep working and may be pay heed to some bits of the advice.” But one advice she follows blindly is of captain of the ship; the director. “I am completely a director’s actor. If he tells me go in that direction, I go there. But if the director doesn’t know what he is doing, I will be a complete mess.”

Luckily, all her directors, be it commercially successful like Luv Ranjan or critically acclaimed like Hansal Mehta, know their craft too well. Co-actors which too come from an exalted list (Rajkummar Rao, Ayushmann Khurrana and now Akshay Kumar) matter a lot. “Acting is syncing of energies and they have to be in the positive spectrum. Akshay sir is the cherry on the top of everything. We had so much fun and bonhomie while shooting for Ram Setu that I want to be back on the sets every day “

What makes her say yes to a part is not its length. When she signed Dream Girl, all she looked at was the premise. She says, “If the story appeals to me I will even play a tree.”

Jokes apart, the lovely actress, who makes even the part of a house-help look ultra-glamorous, would like to experiment with all genres. Whether she would like to be complimented for her looks or her talent, she has a classic reply, “I want to be appreciated for who I am. Forget the beauty or talent, just accept me for who I am which could include a million flaws “

As Chhorii streams on Amazon Prime today, she has no regrets at the film not making it to cinema halls. “The pandemic has taught us how big OTT platforms are.” Can she spook us out with Chhorii? “If I don’t, let me know in the next interview,” she says with eacute;lan and confidence. The actress who has been told ‘you have arrived’ ever since Pyaar Ka Punchnama became a sleeper hit, sure knows how to hit the right buttons. So brace yourself for some spook fest.