In the United States, inflation puts Joe Biden on the defensive 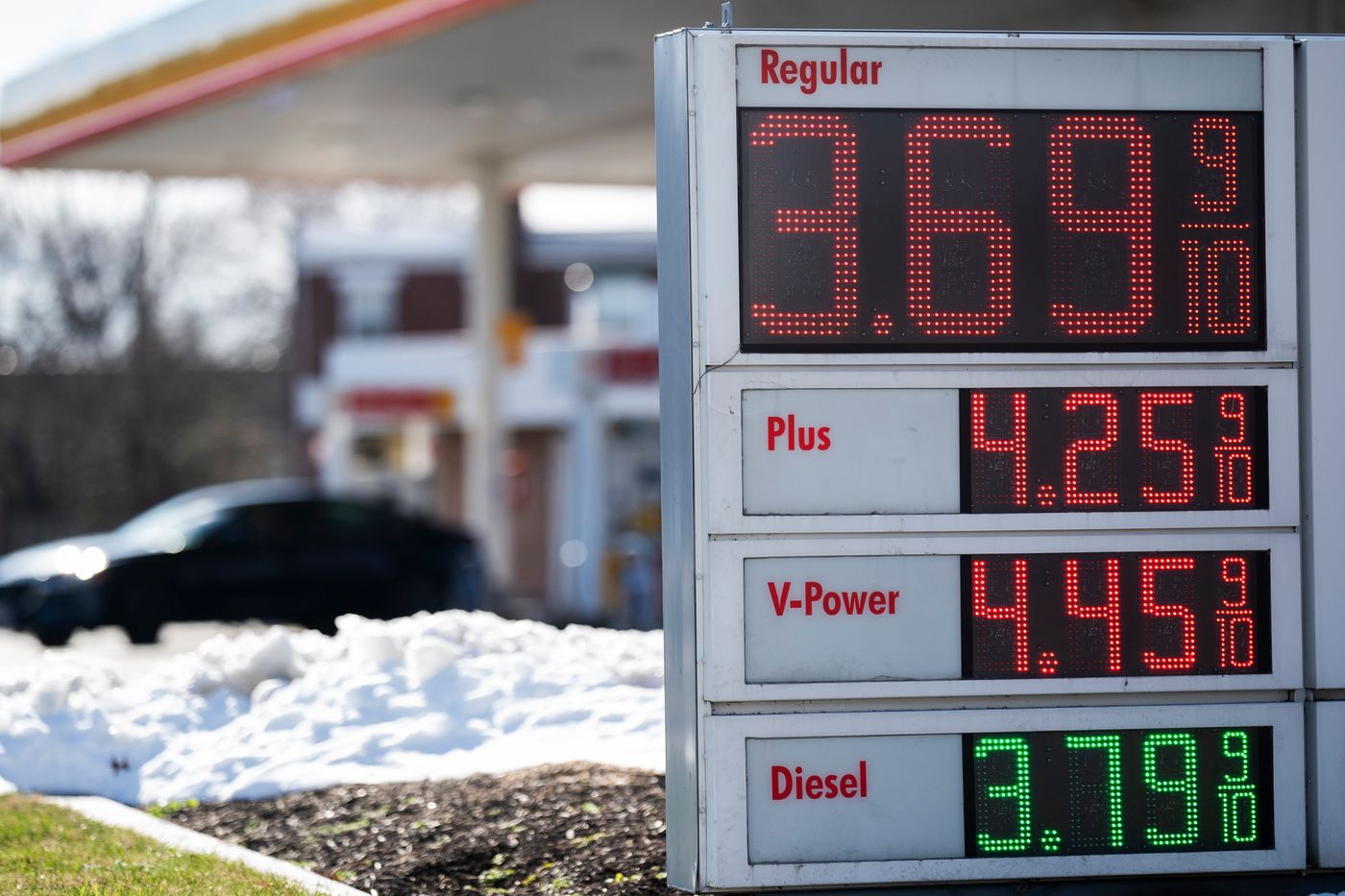 It’s the return of the 1980s: inflation stood at 7% in the United States in 2022 according to figures published on Wednesday January 12 by the Department of Labor, a figure which had not been reached since 1982… The increase is particularly strong for fuel (+50% over one year) or used vehicles (+37%). It is significant for meat (+12%) or tobacco (+9%).

This waltz of labels weighs on households and provides a campaign theme for the opposition, which likes to denounce the “Bidenflation”. On the defensive, the American president admitted that he “still work to do” against prices “still too high for tight family budgets”. These poor figures complicate his presidency. Joe Biden still hopes to get the Senate to adopt a vast social and environmental spending plan, but will now have difficulty overcoming the reluctant.

In the 1980s, the rise was the consequence of the oil shock. The surge in prices had reached 15% at the peak of the wave. In response, the US central bank raised interest rates sharply to 19%, which quickly stabilized prices but put a damper on economic activity. Growth had experienced a soft spot, unemployment had soared…

Forty years later, inflation is rather the consequence of a rapid exit from the crisis which puts the economy in overheating and disrupts the distribution circuits. Growth should be 6% in 2021, unemployment is at its lowest, at 3.9% of the active population. The United States is like a car that should have braked suddenly, at the time of the pandemic, and which starts again with a bang, the engine boosted by massive stimulus plans.

Temporary inflation that is long-lasting

In total, nearly 5 trillion dollars have been injected into the American economy in 2020 and 2021, including the sending of checks to 80% of American households. In early 2021, former Treasury Secretary Larry Summers, then alone against all, warned of the risk of inflation.

The surge in prices, starting in March 2021, was first described as a problem ” temporary “ by the White House and by Jerome Powell, Chairman of the Federal Reserve (Fed). The latter had to recognize in November: “The time has probably come to stop using that word. » The Fed is now under pressure to raise interest rates, reduced to almost zero at the start of the pandemic crisis. A first increase is expected in March. It could be higher than the 0.25 additional point expected so far.

On the side of the presidential administration, the focus is more on investments to remove bottlenecks. White House economic adviser Jared Bernstein explained on CNN that he wanted “unlock supply chains” by investing in ports and road transport. Port congestion is one of the reasons for the rise in prices. Joe Biden also decided last December to release part of the strategic oil reserves, in order to lower crude prices.

Economists are calling for more radical solutions, such as price controls. They argue that during World War II, President Roosevelt created a “prize administration office”, in order to bring inflation under control. The solution appears unrealistic, but shows that the subject has become a central concern with the approach of the mid-term elections.

In France, inflation expected at 2.8%

INSEE should publish this Friday, January 14 the final figure for inflation in 2021 for France. A provisional calculation put the increase at 2.8%. Nearly half of this increase is due to soaring energy costs. For the euro zone, the final figure should be 5%.