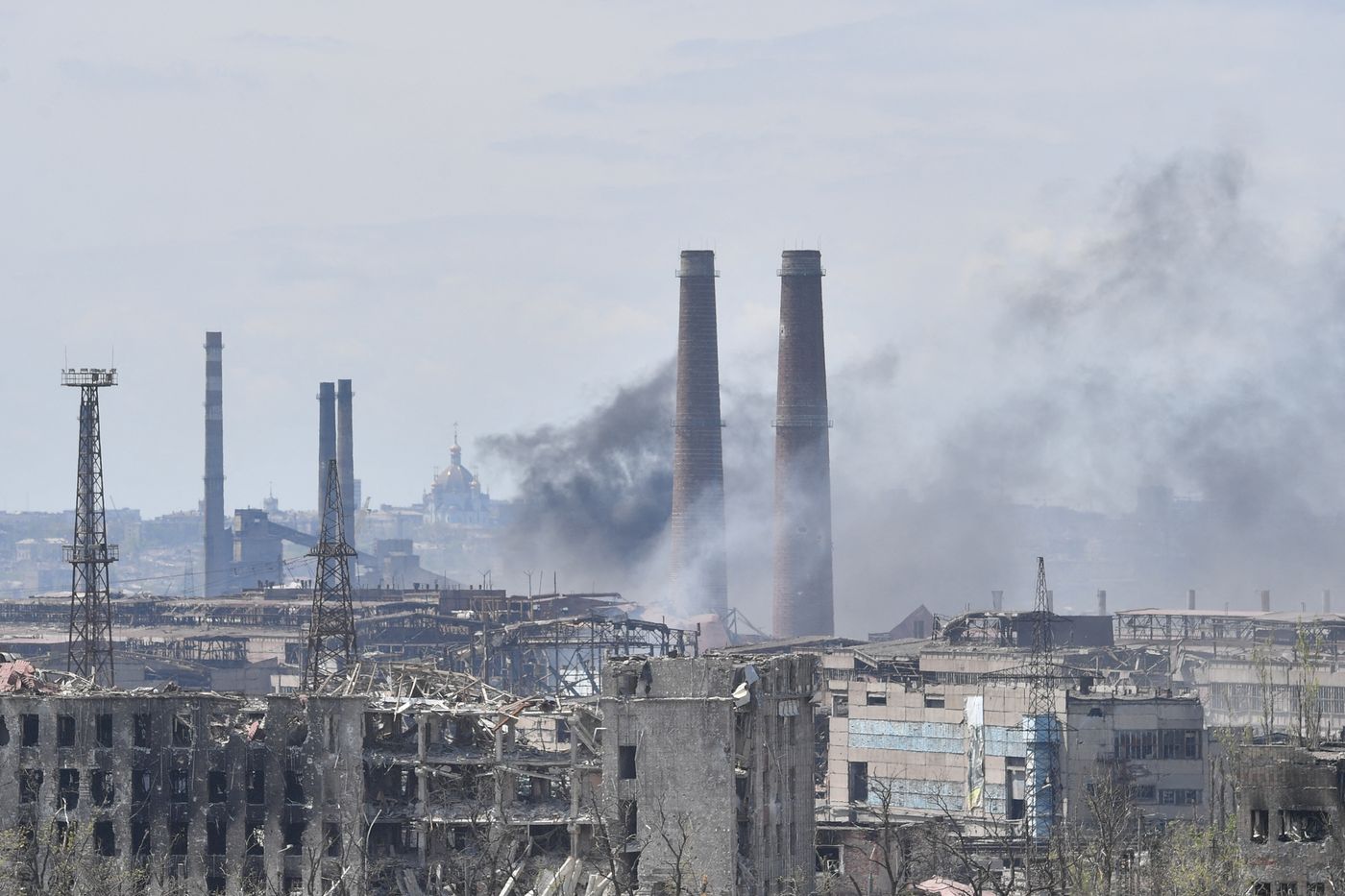 In the center of kyiv, the streets are still strangely deserted. A few cafes and restaurants have timidly reopened during the day in the Ukrainian capital, but close their doors at 7 p.m. The monuments are protected by sandbags. The metro is slowing down. In the evening, the streets are empty and the curfew is imposed from 10 p.m.

→ REPORT. “The departure of the Russians had an undeniable psychological effect”: In kyiv, the slow return to life

Two and a half months of war have already changed the face of Ukraine and dealt a severe blow to the country’s economy. More than 12 million people have left their homes: seven million have moved to towns and villages in the west of the country and 5 million are refugees abroad. Nearly a quarter of Ukrainian territory is directly affected by the war. In the rest of the country, transport is disrupted by the destruction of bridges, roadblocks and fuel shortages.

Above all, the war is reaching the heart of the Ukrainian economy. What makes the strength of the country is the production of steel in the big industrial cities of the East. But the Azovstal factory in Mariupol was destroyed. That of ArcelorMittal, in Kryvyï Rih, interrupted its production on March 3, putting its 26,000 employees on leave.

Agriculture is also affected: before the war, Ukraine exported 12% of the world’s wheat, 15% of corn and 50% of sunflower oil. But this trade is almost at a standstill since Ukraine no longer has the use of its ports.

The blockade has interrupted trade

Mariupol and Berdiansk, on the Sea of ​​Azov, are now occupied cities, while Odessa is the victim of a blockade imposed by the Russian navy in the Black Sea. “Today is the great difficulty: the grain is waiting in the silos… We are trying to compensate by using the train or the road to reach the port of Constanta in Romania. But this is not enough “, explains Volodymyr Vakhitov, professor at the kyiv School of Economics.

→ ANALYSIS. In the Black Sea and the Sea of ​​Azov, this Russian maritime blockade which strangles Ukraine

Roads and border posts to Poland or Romania are already saturated. The price of transport by truck has tripled. In March, about 160,000 tons of grain were able to leave Ukraine, far from the million tons per week before the war. Ukraine does have a river port, at the mouth of the Danube, in Vilkove. But neither is he able to compensate. This pressure on exports is stifling the country’s economy.

In addition, the Russian bombardments targeted factories, power stations, airports. The estimated cost to rebuild all the infrastructure destroyed after eight weeks of war would already amount to 80 billion euros, according to an assessment by the kyiv School of Economics.

Despite these obstacles, the stores are supplied, the country has no power cuts, the trains are running. The country did not collapse. But he could experience major difficulties within a few months. The fall in GDP could reach 35% to 45% this year, estimates the World Bank. “And that, if the conflict stopped today”, emphasizes Volodymyr Vakhitov.

If the Ukrainian state manages to resist, it is thanks to the support of its allies. “We have a budget deficit of 3 to 4 billion dollars per month, due to the fall in tax receipts and the increase in expenditure”, notes Evgueni Dougobris, an economist who worked at the Ukrainian National Bank. Ukraine has received direct financial aid from the United States, the European Union and the IMF, which allows the Ukrainian state for the time being to meet its expenses. The country has also called on the support of the diaspora via a crowdfunding platform. This diaspora plays an important role and already ensured, before the war, foreign exchange inflows equivalent each year to 12% of the GDP.

Thanks to this, the national currency, the hrivna, remained stable. The National Bank’s foreign exchange reserves cover more than four months of imports. To maintain this stability, it limited capital outflows by introducing import controls and prohibiting companies from paying dividends to their parent company abroad.

Support from West to East

The state, for its part, has reorganized itself around the imperative of war. He introduced martial law which gives the military the power of requisition. Each western region has been assigned the task of supporting an eastern region by sending food items. Around kyiv, where the Russian army has withdrawn, everyone is trying to quickly revive activity.

→ INVESTIGATION. Ukraine, an entire state mobilized by the war effort

In Radomyshl, a town of 25,000 inhabitants 70 km from the capital, Mayor Volodymyr Tetersky explains: “We have two factories on the territory of the commune, one which makes beer, the other wood. They stopped in March. But they were able to resume in April. » According to him, “the situation is improving slightly, even if, at the same time, we still have to deal with the reception of 5,000 displaced people who are housed in hotels and on a leisure center in the municipality”.

As the war continues, President Volodymyr Zelensky does not hesitate to project himself into the aftermath. He promises his fellow citizens the reconstruction of all that has been destroyed. He is already calling for war damages to be paid to Ukraine one day by Russia, according to the model that prevailed after the invasion of Kuwait by Iraq in 1990.

In reality, this could be complicated. Kuwait, in fact, obtained the equivalent of 49 billion euros from Iraq. But this followed a decision by the UN Security Council. However, Russia has the right of veto in this key United Nations body, which reduces all the chances of Ukraine winning its case using the same mechanism.

On the other hand, kyiv could see the proceeds of Russian assets frozen in a certain number of countries, which could be confiscated to finance its reconstruction. The United States is already studying a law in this direction, and the idea could be adopted.

A country already associated with the European Union

Country of 600,000 km2 people With a population of 42 million, the Ukraine was, before the war, in 56th place among countries in the world in terms of GDP.

Ukraine signed in 2015 an association agreement with the European Union, which allows Ukrainians to travel to the EU without a visa and businesses in the country to benefit from reduced customs duties. The share of the EU in Ukrainian exports is 40%, while Russia only accounts for 5% of its trade.