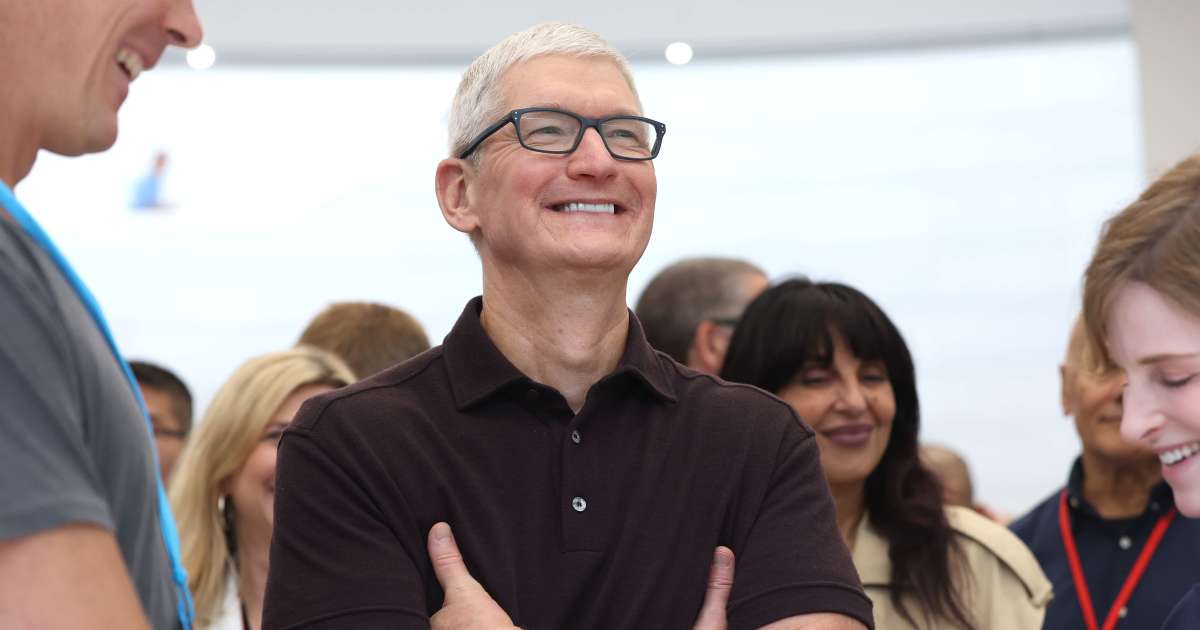 “At the same price as before. » The promise of the CEO of Apple, Tim Cook, will surely not be valid everywhere, especially in France. During his big back-to-school conference, on September 7 at the company’s headquarters in Cupertino (California), the boss was delighted that the new iPhone 14 and iPhone 14 Plus remain at the same price as the previous iPhone 13. Except that this decision will not apply on the other side of the Atlantic. Apple no longer offers any of its new models below 1,000 euros. The price scale ranges for the iPhone 14 from 1,019 euros to… 2,129 euros. Against 909 euros to 1,839 euros for the previous generation.

We took the new iPhone 14 in hand

The price increase was expected, due to the shortage of electronic components, and it is not confined to Apple. Several manufacturers have thus announced price increases, generally between 10 and 15%. “Technology groups are starting to pass on the increase in component prices to the price to consumers”, noted Jean-Christophe Liaubet, partner at the consulting firm EY Fabernovel. But the apple brand goes further than its competitors, with an entry level at +26%. Last July, his new computer, the MacBook Air M2, was launched with a 33% increase!

Asked about this increase, Apple evokes the strong fluctuations in the prices of raw materials. In France, inflation reached +5.8% in France in August. The American firm is known for its strategy inspired by the luxury sector. And, faced with the contraction of the smartphone market, whose sales are falling, the best way to maintain its growth is… to increase its prices.

A euro at its lowest against the dollar

Except that it accentuates this trend by penalizing French consumers, referring to the exchange rate. In recent months, the euro has fallen to its lowest point against the dollar, even falling below the 0.99 dollar mark on Monday September 5th. Mechanically, this weakness translates into higher prices in Europe. But not everything is clear, since there is a gap within the European continent itself. In Germany, the iPhone 14 starts at 999 euros, against 1,029 euros in France, and this difference cannot be explained by the difference in VAT (19% across the Rhine, as in France). Even less when you look at Spain, where the iPhone 14 starts at 1,009 euros, while VAT is at 21%. Conversely, in Italy and Portugal, the iPhone 14 Pro is more expensive, respectively from 1,339 euros and 1,349 euros – without explanation, except for market differences…or less sensitivity to the price of this type of object on the part of Latin consumers.

Apple goes further by also deciding to also increase the price of its old “discount” iPhone SE model. This goes discreetly from 529 to 559 euros (+6%), for no real reason apart from the fall of the Euro, since the label remains the same in the United States. This remains surprising since the price of aging technological products, with components already amortized, should logically fall.

Something to make your teeth cringe. However, should we anticipate a consumer sanction? Not sure. Despite recurring fears about the purchasing power of the French, a third of them say they do not want to restrict their telephone expenses, according to a study Custodian.

Rising prices, mockery and promise of health: what to remember from the Apple conference

Still, side analysts, we anticipate a slowdown in sales of 2.5%, reports the “Wall Street Journal”. However, this decline should result in a 6.7% increase in turnover, with a (new) future revenue record expected this year, and again next year. There “ end of abundance “, to use the expression of Emmanuel Macron, is clearly not planned at Apple.

We took the new iPhone 14 in hand