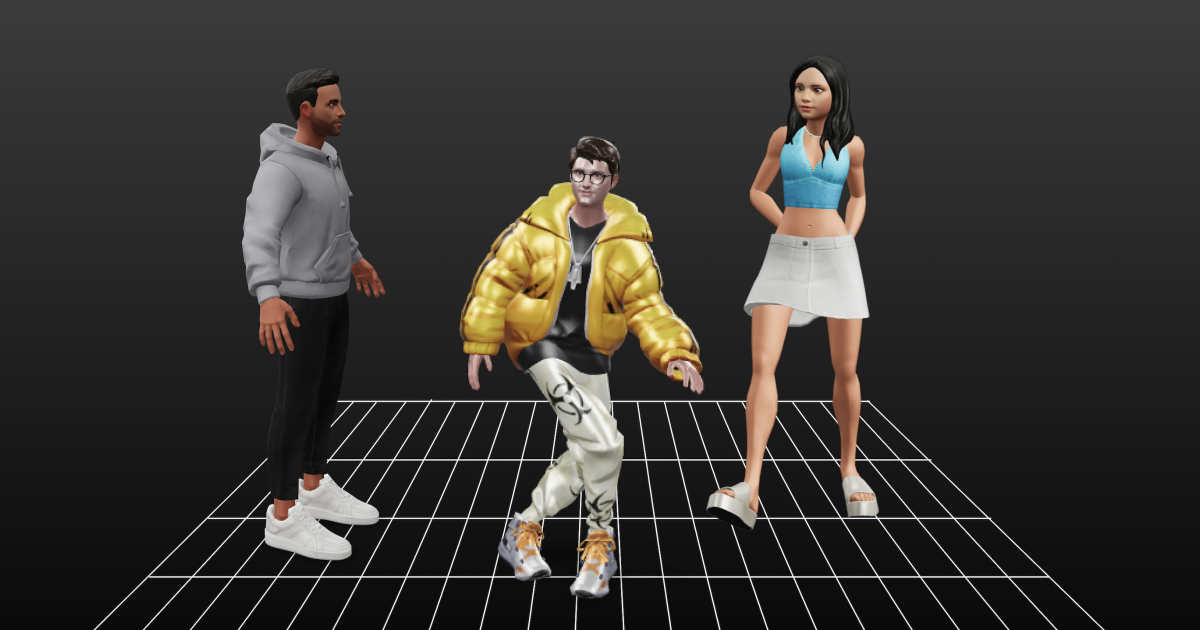 Ah, the metaverse! This barbaric and fantasized place where our social life, virtual reality glasses on our noses and bitcoins in our pockets, could very well resemble a vast video game… Suddenly, when one fine morning appears on my screen an invitation to discover Kinetix, a 3D animation creation platform designed for the Web3, my first instinct is to turn on my heels.

Except that the start-up in question is French, and that its co-founders, Yassine Tahi and Henri Mirande, offer to make me dance in virtual worlds under the avatar of my choice. Tempting. The two men – the first with a rather financial HEC profile, the second, an engineer specializing in image processing – met in August 2020 within a program for connecting entrepreneurs at Station F:

“The video game is then in full effervescence. And we understand that it is not only a place where we play, but also a place of socialization. This is where young people meet to see their friends, attend concerts… We have a click and we decide to launch a platform that allows everyone, professional or not, to easily create their own avatar. they say.

In a few clicks, I created my 3D animated avatar

The difference with his custom alias in Roblox or Fortnite? Designed in a few clicks thanks to a learning algorithm, it duplicates in 3D movements and facial expressions that belong only to you.

To understand the principle, an appointment is made for a full-scale test. I rehearse a few steps inwardly when the fatal moment arrives to make the video of my prowess in situ with a smartphone. About thirty seconds that I upload to the platform so that my gestures turn into a virtual experience. All that remains is to personalize my avatar with the usual tools.

Whatever my new appearance, it’s the jerky movement of my arm, or this somewhat limp way of lifting my foot, that I find again. As if I had spent hours on a green screen dressed in a suit covered with sensors in a “motion capture” studio. Bluffing!

11 million dollars to continue the adventure!

The simplicity of the process has already won over game publishers like Adobe, but above all content creators: they are already more than 14,000 using Kinetix. And Damien Daube, director of The Garage and former professional break dancer, is developing the final touches to Next Dancer, a video game where hip-hop, classical, Bollywood dancers meet…

“After creating their avatar on Kinetix, everyone will be able to record their own dance video, secured on our blockchain, and participate in battles scored by professional jurors”, he specifies, hoping that this community of often precarious enthusiasts will be able to monetize his talent. An issue that Yassine Tahi has in mind, but also many major players in the metaverse.

On May 4, the start-up announced a fundraising of $11 million, after a funding round led by Adam Ghobarah, founder of Top Harvest Capital and former executive of Google and Google Ventures, but also players from the worlds virtual or Web3 such as The Sandbox & ZEPETO (NAVER Z), Sparkle Ventures, and renowned entrepreneurs such as Alexandre Yazdi (CEO of Voodoo), Xavier Niel (founder of Free and co-shareholder of “Obs”) or William O’Farell (founder of Body Labs and After Effects). Then we dance ?

Mode and Metavers: the extension of the domain of appearance