Laos brought Thailand into the U23 Asian Cup finals 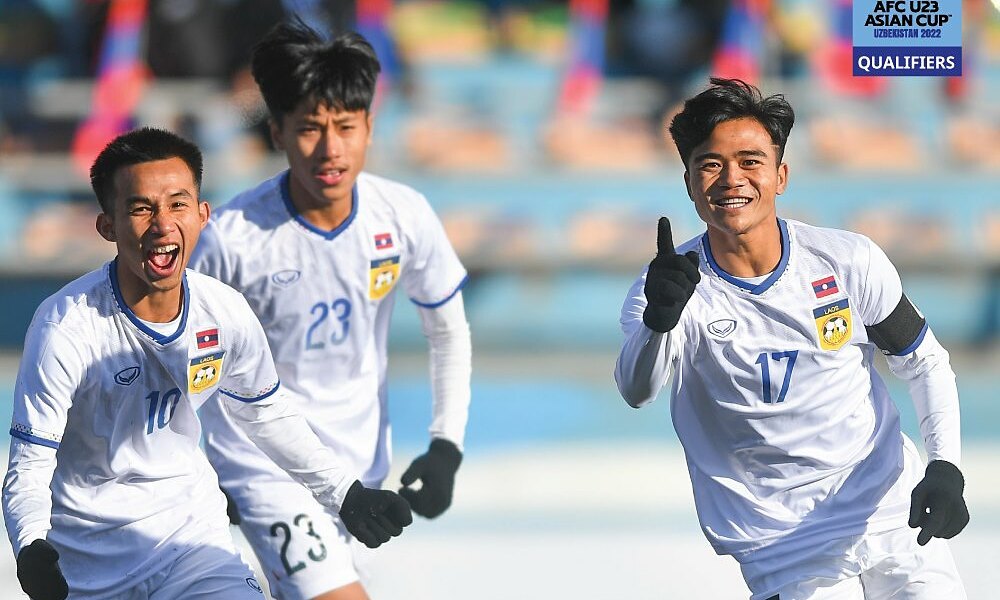 MongoliaLaos’ 3-2 reverse victory over Mongolia on the afternoon of October 31 helped Thailand win a place in the 2022 Asian U23 final round.

The final series of matches in Group J of the Asian U23 qualifying round took place on the afternoon of October 31, bringing emotions from disappointment to happiness to Thailand. In the early match, Thailand was held to a 0-0 draw by Malaysia and finished the qualifying round in second place in Group J, after Malaysia itself.

That means Malaysia won a place in the final round, while Thailand had to wait for Laos to beat Mongolia to have any hope of progressing.

According to the tournament rules, the top team of the group and the four runner-up teams with high results in the qualifying round will move on. In groups of four teams, the results of the second and fourth place teams do not count. Thailand finished the three qualifying matches with a win over Laos, and drew Mongolia with Malaysia. Before the last match, Laos was at the bottom of the table with no points, and Mongolia was third with one point. Therefore, Thailand’s score compared to the second-placed teams is only two points (draw Malaysia and Mongolia).

Laos opened the scoring first, but hosts Mongolia scored twice in two minutes to take the lead. But in the second half, Laos scored two more goals to win 3-2 back, and rose to third, pushing Mongolia to the bottom. Thailand’s score compared to the second team in the group increased from two to four points (draw with Malaysia, win against Laos). Thailand’s goal difference is +3, because they beat Laos 3-0. Thailand’s difference and high score help them to become the first group runner-up to qualify for the final round, regardless of the results of other groups.

Thai players and coaching staff, focused on watching the Laos – Mongolia match in the hotel. And they broke down and jumped to hug each other when they saw Laos win back and the referee blew the final whistle.

“As a coach, I feel so relieved,” coach Worrawoot Srimaka told Siam Sport. “At first, Thailand did not decide on its own to qualify, but the positive thing is that we did not lose a match. We will show a different face in the final round.”

Laos’ victory over Mongolia is not beneficial for Vietnam’s group. Vietnam and Myanmar are together with three points, +1 difference, and meet in the last round on November 2. The second place team will be below Thailand in the second team group.

The Asian U23 qualifier has 38 teams, divided into 11 groups, taking place from October 23 to November 2. Vietnam can enter the final round if it wins Myanmar, or defeats this opponent on a penalty shootout. The final round will take place from June 1, 2022 to June 19, 2022, at an unspecified location.