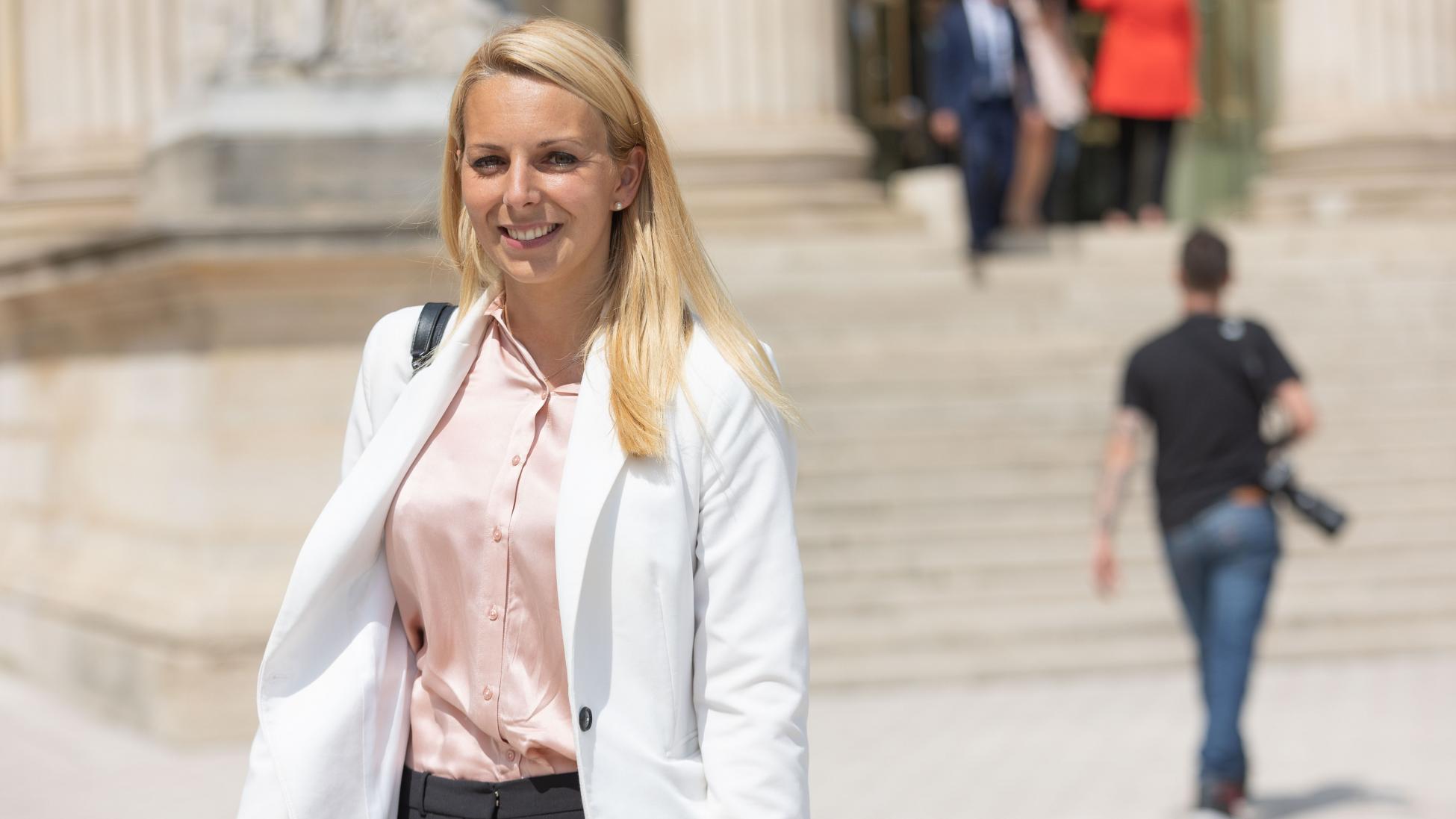 CHRONICLE — The day after the first round of the presidential election of April 23, 2017, which saw Emmanuel Macron collect 24.01% of the vote while Marine Le Pen, who came in second position, obtained 21.30% of the vote, Emmanuel Macron declared in a tweet of May 4, 2017: “I want to eradicate the anger on which the National Front feeds”.

But it is clear that since Emmanuel Macron came to power on May 7, 2017, the National Front has not really regressed in electoral terms.

The presidential and legislative elections that have just taken place in France have very clearly confirmed this trend. The figures presented below show that Emmanuel Macron will therefore have failed during his first mandate to limit the influence of the National Front, which has since become the National Rally (RN).

The warning shot of the presidential election

In the first round of the presidential election which took place on 10th April last, the nationalist right (or “the extreme right” as its detractors call it), totaled 32.28% of the vote – corresponding to more than 11.3 million votes – which is a score never before achieved.

But nothing guaranteed a progression of the RN in the legislative elections which were to follow.

Confirmation of the first round of legislative elections

The RN obtained 4,250,000 votes in the first round of the legislative elections of June 12, which corresponds to an increase of 40% compared to 2017, when the FN had collected nearly 3 million votes.

The more than honorable score of the RN in the first round of these legislative elections of 2022 guaranteed it the maintenance for the second round of a candidate in 208 constituencies out of 577 – including 110 of them where the RN had come first in the first round, and sometimes with candidates in the second round in all the constituencies of the same department, as in Aisne (5), Eure (5), Lot-et-Garonne (3), etc.

The historic breakthrough of the second round of legislative elections

The RN wins 53% of its duels against the NUPES, for a total of 33 deputies, with even the feat of winning two seats in Ile-de-France (in the 2nd constituency of Essonne and in the 6th constituency of Seine and Marne – former constituency of Jean-François Copé from 2002 to 2017).

The polls vary, but it seems that between 30% and 50% of LR voters who voted in the second round voted for the RN in this configuration while 10% of them would have voted for the NUPES. The transfer of votes from the “classic right” to the candidates of the RN was therefore excellent.

Similarly, around 20% of Macron voters who turned out for the second round in these RN / NUPES duels would have voted for the RN. And this, despite the order of Prime Minister Elisabeth Borne: “Our line: never give a voice to the far right”.

A significant part of the Macronist electorate therefore voted in favor of the RN in the second round, no doubt with the idea of ​​limiting the chances of the NUPES of potentially obtaining a majority in the National Assembly.

The RN wins almost half of the 107 duels against Together

The RN won 52 duels of the 107 duels against the Together coalition, knocking down the Minister of Health Brigitte Bourguignon in the 6th district of Pas-de-Calais (with 56 votes!!!).

See also: Brigitte Bourguignon in the countryside: is it wise to rely on “the covid crisis, deadly for our elders”?

In the 1st constituency of Lot-et-Garonne, where a triangular was possible between the RN, Together and the NUPES, the candidate of Together only finally won with a little more than 1000 votes in advance against the RN candidate after the candidate withdrew from NUPES (the RN would most likely have won this seat if the triangular had been maintained).

In total, the RN will have suffered 16 defeats to less than 1% in the 208 constituencies in play.

The Ensemble coalition rolled by the RN in Eure, Haute-Saône, Pyrénées Orientales and Var

In the Eure, on the lands of the Minister of the Economy, Bruno le Maire, the RN wins against candidates from Together 4 of the 5 seats in the department.

In Haute-Saône, the RN wins with more than 54% of the votes the two constituencies of the department against candidates from Together.

In the Pyrénées-Orientales, the RN wins the 4 constituencies of the department, facing three candidates from the Together coalition and a candidate from the NUPES coalition, with scores of 54% to 61%!

In the Var, where the RN had no outgoing deputy and was opposed to the Together coalition in the 8 constituencies of the department, the RN won 7 of the 8 constituencies (including the famous 4th constituency where, on the evening of the first round, Eric Zemmour came third with 801 votes from the RN candidate, who came in second place). The mechanism for carrying over the votes of the right not allied to Macronie and of Reconquest will therefore have worked well in the second round.

NUPES voters who vote for the RN

According to certain polls (in particular Harris Interactive of June 19, 2022), 24% of NUPES voters would have voted for the RN candidates in the duels of the RN against Ensemble, while only around 15% of the voters of France Insoumise and a tiny fraction of voters from the PS, the PC and the ecologists had voted for Marine Le Pen in the second round of the presidential election two months earlier.

These “rebellious” voters of the NUPES coalition will therefore not have followed the slogan, however clearly stated by the various leaders of their camp: “Not a voice for the RN!”.

It is obvious that these NUPES voters preferred to grant parliamentary seats to the RN, in the hope of preventing Emmanuel Macron’s coalition from obtaining an absolute majority in the National Assembly. Ultimately, the RN will have collected an average of 47.9% of the votes in the 208 constituencies in question where it was present during this second round.

It would seem that, symmetrically, 24% of RN voters voted for the candidates of the NUPES in the duels opposing the NUPES to Together, thus participating in the fall of barons of Macronie, such as Christophe Castaner, former Minister of l Interior and president of the LREM group, Richard Ferrand, president of the National Assembly (which fails with 800 votes in the 6th constituency of Finistère) or even Amélie de Montchalin, minister for the ecological transition.

The duels between the RN and the other parties

25 duels opposed the RN to the LR party, on land traditionally acquired by the right and where the RN will have succeeded in ousting the presence of the left in the second round.

There is a series of defeats for the RN in this configuration, the candidates of the RN only rarely exceeding the 40% mark, except in the 4th district of Seine-et-Marne where the RN loses by 859 votes, and in a few duels won by the RN against LR, as for example in the 2nd district of Haute-Marne or the 12th district of Bouches-du-Rhône.

In these rather special duels, the few voters from the center and left parties who turned out to take part in the second round clearly voted in favor of the candidates from the moderate right.

The fact remains that in the end, LR lost half of its deputies, going from 112 elected in 2017 to 61 elected in 2022, which moreover appears to be a feat after the scathing 4.78% of the votes obtained by Valérie Pécresse in the first round of the presidential election on April 10.

Four triangles between the RN, Together and the NUPES

The results are mixed for the RN, the party winning only one of these triangular, in the 2nd constituency of Lot-et-Garonne.

LREM loses half of its deputies

Emmanuel Macron’s party, LREM, which became Renaissance during the legislative elections, will have lost almost half of its deputies, going from 308 elected for LREM in 2017 to 166 in 2022, which constitutes an unprecedented electoral debacle. for legislative elections held the day after a presidential election.

To illustrate the seriousness of the electoral setback that Emmanuel Macron has just suffered, it should be noted that his Socialist Prime Minister, Elisabeth Borne, was only elected in the 6th constituency of Calvados with a lead of 2,202 votes over the candidate of the NUPES, an unknown 22-year-old student.

Why have Ukrainian Jews and Ukrainians been fleeing Ukraine since independence? | FranceEvening