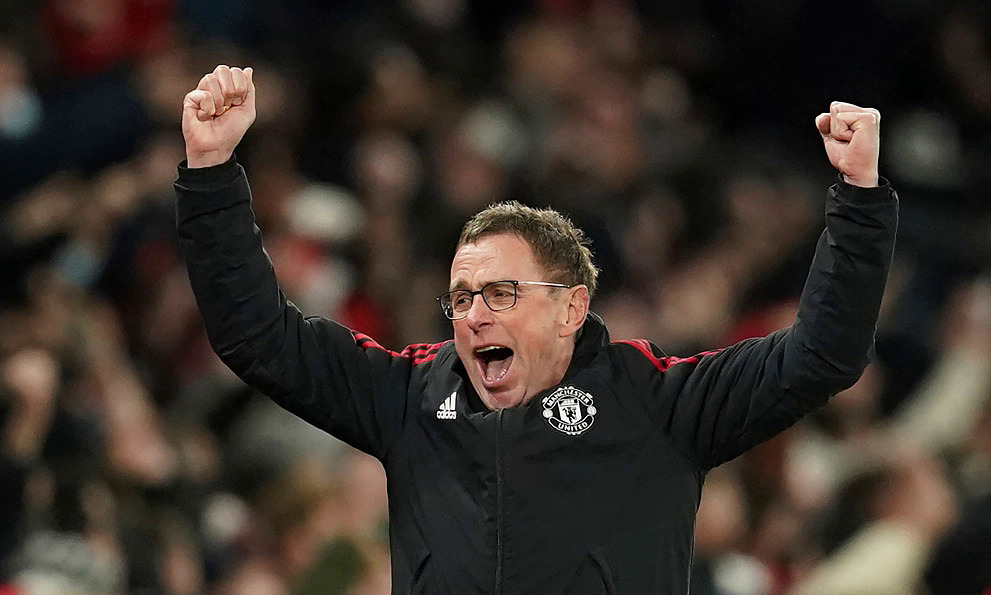 According to British newspaper Sunsport, the management of Man Utd delayed finding a new coach until the end of the season, because of being impressed with the work of Ralf Rangnick.

Rangnick started to lead Man Utd from December 3, 2021, after Ole Gunnar Solskjaer was fired. The German coach helped Man Utd win five, lose one of eight matches to rise to fourth in the Premier League, and win tickets to the fourth round of the FA Cup against Middlesbrough on February 4.

Although Man Utd has not played well, the heads of Old Trafford are impressed with how Rangnick gradually helps the club stabilize in a difficult context. Man Utd leadership will review the club’s performance until the end of the season, before deciding on the appointment of a new coach. They can change their mind, let Rangnick continue to lead next season, if he helps Man Utd win tickets to the Champions League.

The 63-year-old coach is also appreciated when partly resolving conflicts and divisions in the dressing room. He also coped well with the egotistical stars at the club with public statements, such as urging Paul Pogba to behave professionally. Rangnick also asked Cristiano Ronaldo to stop overreacting, like when he was substituted in the Premier League match against Brentford.

Rangnick once emphasized his willingness to lead Man Utd in the long term, if he achieves good results during the interim period. He said: “If the board of Man Utd wants my opinion, and everything goes well, we can help the club develop and improve, then I can make the same proposal as I have done twice at the club. Leipzig. At that time, I said it might be a good idea if I continued to manage the club for another year.”

Under the contract, Rangnick only worked as an interim coach until the end of the season, then became a special adviser of Man Utd for the next two years. In the case of finding a new coach, Man Utd will begin negotiations with Mauricio Pochettino (PSG), Erik Ten Hag (Ajax) or Brendan Rodgers (Leicester) when the season ends.

Man Utd has a busy schedule in February, after a two-week break to make way for the national team. In addition to the match against Middlesbrough in the FA Cup, Rangnick’s teachers and students will meet Burnley, Southampton, Brighton, Leeds, Watford in the Premier League and Atletico Madrid in the first leg of the 1/8 Champions League round.