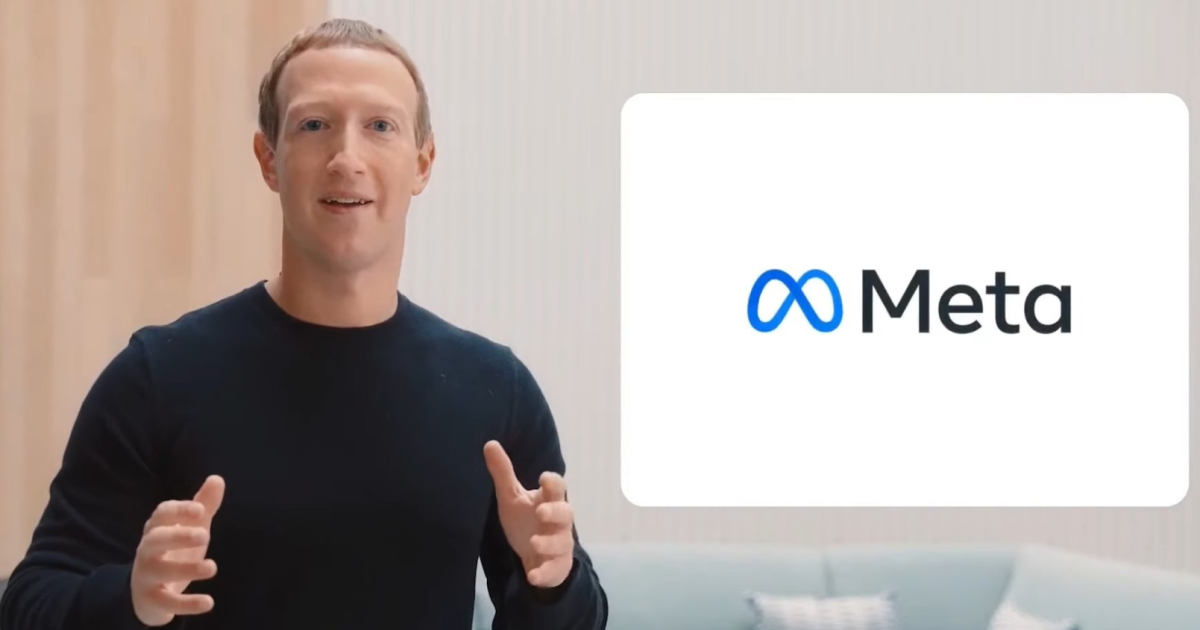 The rumor had been circulating for several days. The American giant Facebook announced this Thursday, October 28 that it was adopting a new name: Meta.

“Our brand is so intrinsically linked to a single product that it cannot represent everything we do today and what we will do tomorrow”, explained the boss of the group Mark Zuckerberg at an annual conference, listing the possessions of the digital giant as Facebook, Instagram, WhatsApp, Messenger or Quest.

“I am proud to announce that our company is now: Meta”, he announced unveiling a new logo. ” Our mission remains the same: to bring people together. Our apps and brands don’t change either. “

Focus on the “metaverse”

This new name should reflect the efforts led by the group to build the “metaverse” (“Metaverse” in English), considered as a possible future of the Internet, where technologies will make it possible to navigate in a universe parallel to the real world.

Curious time when a certain Mark Zuckerberg praised the metaverse

This change comes as Facebook faces numerous problems and scandals related to its networks. France Haugen, a former whistleblower employee, leaked internal press documents and accused the platform of passing “Profits before security” of its users. A context that had led some to qualify a possible name change as a distraction.

The social network would not be the first pillar of the internet to change its name. In 2015, Google thus reorganized its activities by creating a parent company called Alphabet, which manages the search engine, the YouTube platform, the Waymo autonomous car subsidiary, etc. But in reality, Google has not really become Alphabet in the eyes of the media or the general public.