Nuclear: another delay for the Flamanville EPR 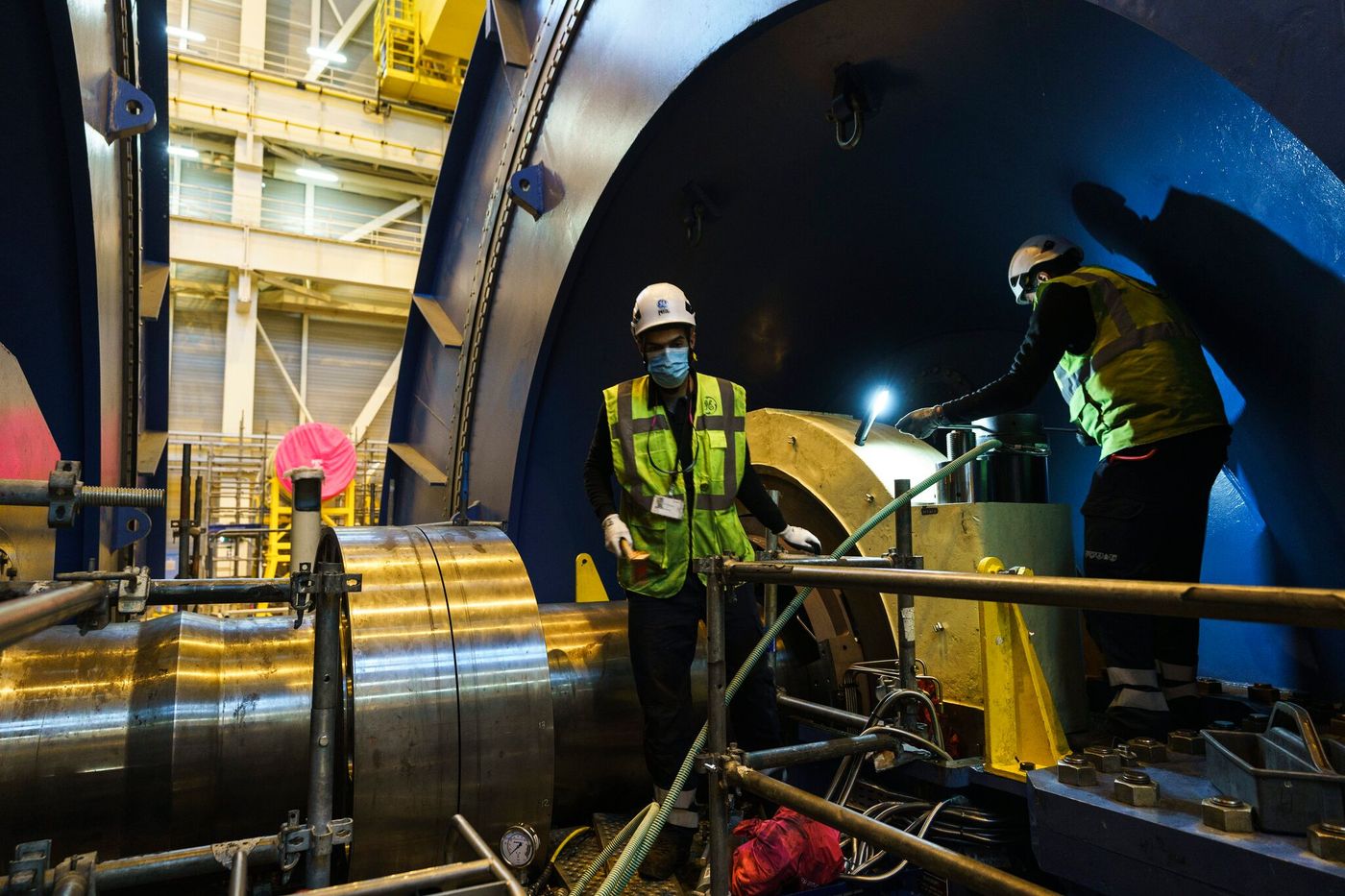 At least six more months. EDF announced, on Wednesday January 12, a further delay in the commissioning of its Flamanville EPR, the loading of its fuel now scheduled for the second quarter of 2023 instead of the end of 2022, for commissioning at full power which does not ‘is more expected before 2024. The bill is also revised upwards, from 12.4 to 12.7 billion euros. Initially, the reactor was to be completed in 2012 at a cost of 3.4 billion.

To justify this umpteenth shift, EDF highlights “The end of upgrading the welds of the main secondary circuit”, in other words, the repair of the many poor workmanship observed in certain key places of the reactor building, as highlighted in the report produced by former PSA boss Jean-Martin Folz in October 2019.

→ READ. EPR of Flamanville, the autopsy of a fiasco

“Today, 70% of welds are carried out”, assures Alain Morvan, the director of the EPR project known as “Flamanville 3”. The work should end at the end of August instead of April, according to Xavier Ursat, the executive director of EDF in charge of the engineering department, recalling their complexity. Some 300 people are working on it and specific robots had to be developed to reach places that were difficult to reach.

These new welds alone would cost the company 1.5 billion euros, estimated the Court of Auditors in a report published in July 2020. According to the latter, the total bill for the EPR could reach 19.1 billion euros. euros, taking into account in particular the additional financial costs.

One of the two Chinese EPRs is also having problems

The schedule postponement is also explained, according to EDF, by the “Feedback” of what happened on reactor 1 at Taishan (China) – the first EPR to enter service in the world at the end of 2018 – which has been shut down since July 2021. This would be linked to “A phenomenon of mechanical wear of certain assembly components” fuel, Who “Does not call into question the EPR model”, assures the French electrician. He will still have to make technical modifications, in particular to the springs of the fuel rods which have caused sealing problems.

→ ANALYSIS. Electricity in 2050: France will need nuclear power and renewables

Finally, there remains the pandemic, which has had a “Diffuse impact” on the progress of the site by delaying the work of certain teams, even if the activity has been maintained for the most part, according to Xavier Ursat.

All these setbacks therefore postpone the start-up of the reactor. Once the work is completed, we will still have to wait for its validation by the Nuclear Safety Authority (ASN). After fuel loading in spring 2023, the Authority should authorize the “Divergence”, that is to say the start of the nuclear reaction. The EPR will then gradually increase in power: 5%, then 25%. This is when it will deliver its first electrons to the network. “Before the end of the year 2023”, Xavier Ursat promises.

But “Flamanville 3” will not be done with the problems. During the first refueling, scheduled for a few months after entry into service, it will still be necessary, as requested by the ASN, to replace the vessel cover, which has also been the subject of poor workmanship.

Even if they no longer seek to minimize the problems, EDF executives nevertheless want to put them into perspective. They recall that the French EPR is a ” first in the series “ while recognizing that their engineers had overestimated their capacities to lead such a project. When the ground was first blown in December 2007, it had been fifteen years since the group had launched a nuclear construction site.

The group now claims to have learned the lessons of this failure. The industrial organization has been revised and the design of future EPRs has been simplified. But, while the Head of State, Emmanuel Macron, has just spoken in favor of the creation of six new reactors, the nuclear subject remains flammable a few months before the presidential election, even if any questioning seems excluded.

Greenpeace calls for a moratorium, while Yannick Jadot, the environmental candidate, and Jean-Luc Mélenchon, that of La France insoumise, denounce a “Fiasco” and one “Shipwreck”.

The government is also forced to raise its voice. It will ensure that EDF “Learn from the various delays”, underlined his spokesperson, Gabriel Attal, Wednesday, January 12, at the exit of the Council of Ministers.

Especially since the EPR is not the only concern of the electrician, whose nuclear production has fallen to its lowest level at this time of year. Its four most recent reactors, at Chooz and Civaux, are shut down after the discovery of technical problems.

EPRs around the world

Two EPR reactors have been commissioned in Taishan, in southern China, after nine years of construction. The first entered commercial operation in December 2018, the second in September 2019. Reactor 1 has been shut down since July 2021, due to leaks on the fuel assembly rods.

The reactor built by Areva in Finland has just come into operation, after twelve years of delay and an invoice multiplied by three. Start-up began in December and the EPR, still in the testing phase, is currently operating at 25% of its power.

EDF is building two EPRs in Great Britain, on the Hinkley Point site. Their entry into service is scheduled for 2026 and 2027.