Oppo X: how its roll-up screen could upset smartphone reading 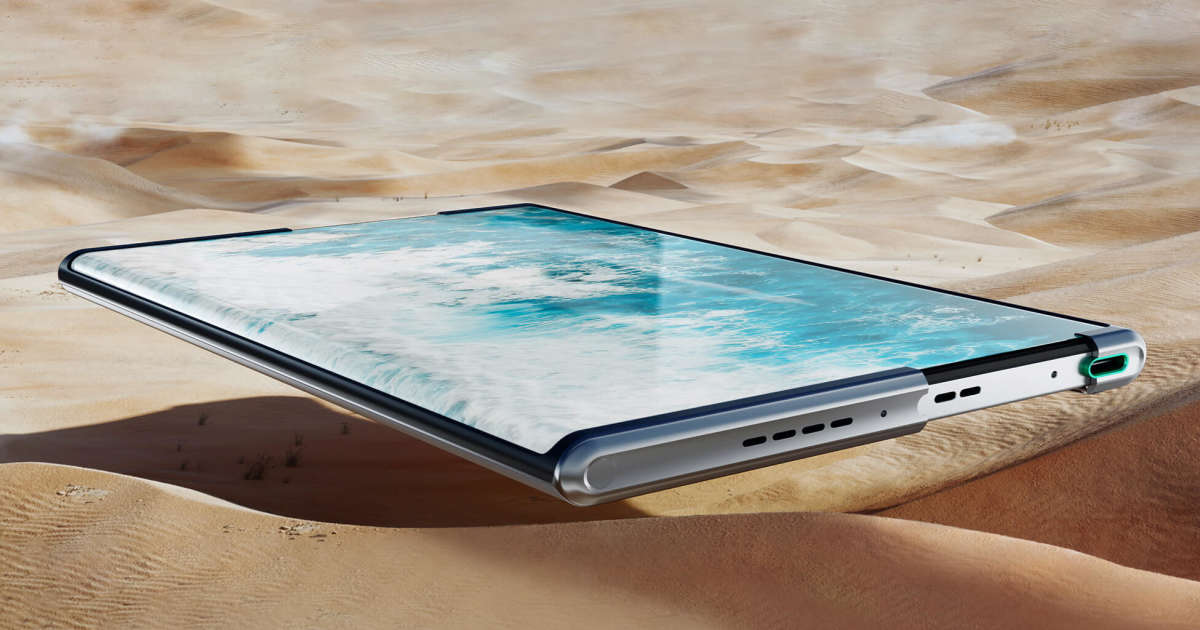 Some time ago, we had delivered the funeral oration of the smartphone – at least about its technical revolutions, and more broadly we had noted the lack of excitement it generated. But it was without counting on the ingenuity of the manufacturers to rethink the very heart of the device: its screen. And the Oppo x 2 021 prototype, which we were able to take in hand, opens up new perspectives.

Just two years ago, the first models of foldable screen phones were introduced. First that of Samsung, the Galaxy Fold, then that of Huawei, the Mate X. It’s bluffing technique, pretty, but… not really useful. A bit like these curved televisions, promoted as revolutionary, but which remain imposing televisions. Not to mention the prohibitive prices displayed (over 2,000 euros).

This foldable screen technology, Samsung has really been able to put it to good use with its Galaxy Z Flip, a smartphone that folds in half, like the clamshell laptops of the 2000s. If you hang up on someone by closing their phone is attractive, the argument is weak to justify the purchase. This is where the different proposal from the manufacturer Oppo lands.

With its Oppo x 2021 prototype, the Chinese brand presents an advanced screen concept “Roll-up” (or “Scrollable”, it depends). Concretely, with a slide of the finger on the edge, the device seems to double in width (the screen goes from 6.7 to 7.4 inches). A reverse slip, and it returns to its original size.

The bluffing mechanics work perfectly. The prototype, straight out of Chinese laboratories, is already working wonderfully. Folded, it turns out to be a fairly classic rectangular shape, although a little high, with a bevelled screen on the edges. With a touch, the small motor whirrs to deploy the entire screen.

The future will tell if the mechanics prove to be resistant (Oppo says it has tested it without problem on 100,000 “Unwinding”), and especially if the battery maintains its autonomy with such a large screen. But already, this prototype gives to see an upheaval of uses. Not so much to enjoy ” in large “ Netflix, YouTube and other videos – the continuous increase in screen sizes has already made it comfortable to watch a series on the go while at home we prefer a real tablet or a computer – but rather for … reading .

We often evoke the photo and video in the main uses of the smartphone, but we forget the essential one of reading. Reading press articles, reading social networks, even reading digital books. And there, the Oppo x 2021 makes perfect sense. Standing in the metro, we scroll through the publications (from “The Obs” preferably) on its folded screen. But, as soon as you sit down on the train or wait for a long time for an antigen test, you roll out the screen to take advantage of a format reminiscent of a Kindle e-reader or an iPad mini. And the smartphone then evokes a scroll that unfolds to access knowledge.

Remember that the innovation is still only at the prototype stage and has yet to prove its effectiveness in the long term (the screen still seems fragile), its ability to maintain sufficient autonomy (the battery has imposed in the fundamental criteria) and succeed in lightening (the device weighs 275 g!). Finally, this device must be offered at an affordable price (no price announced for the hour).