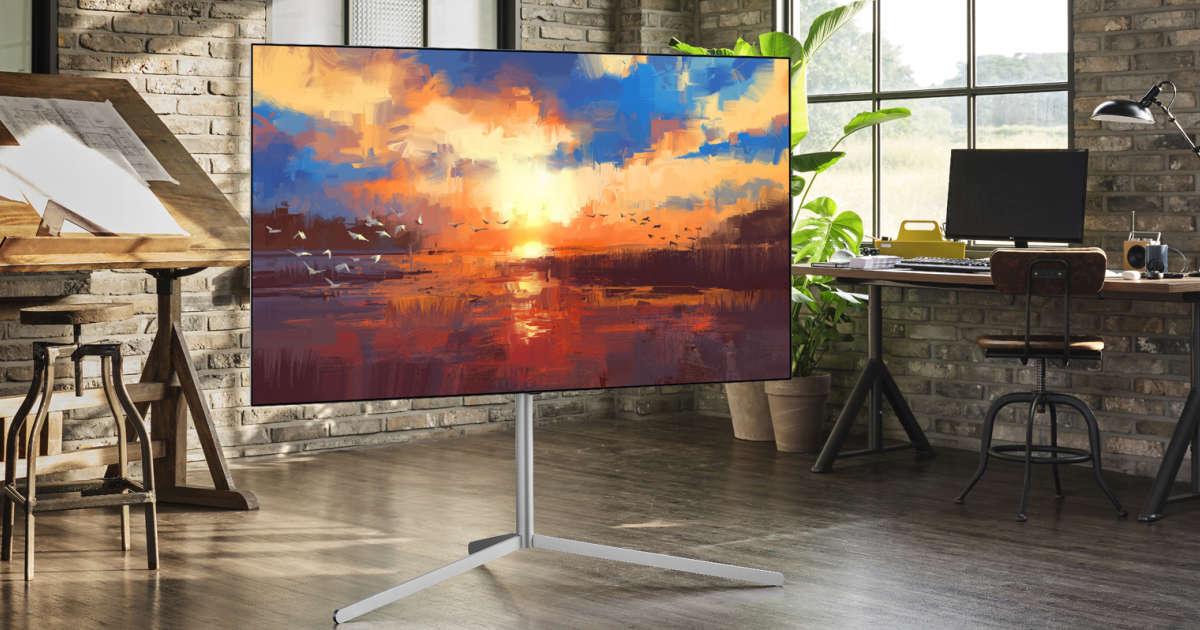 A rainy day at lunchtime at Cobra, a Parisian address well known to lovers of image and sound. In front of the wall dedicated to Samsung, a young woman chooses her television set. She has just finished her studies and received her first salary. She has made a habit of watching her Netflix series on her smartphone or a small screen. We guess she now wants to see life in a big way. Not at all ! If she decided to buy a television today, it is to pair it with her PS5 game console.

A case apart? Far from there. If confinements have boosted the living room television market, gaming, with the latest PS5 and XBox consoles, is the other motivation for consumers. Manufacturers have understood this well, and today they offer an increasingly wide range of devices. In this selection, we opted for the top of the range, and to choose the size of 65 ‘, which offers a beautiful cinema immersion without falling into stratospheric prices. Black Friday requires, we have added the manufacturer offers for the occasion. If they do not always concern the cream of televisions, we offer very correct alternatives.

In this selection, there are both OLED TVs and LCDs. And the underlying question: which technology to choose? We have already written here how to navigate the different types of panels, Oled or LCD, with, in this category, the new technologies of microLed, Qled, Qned panels and the very promising OD-Zero from TCL. We just summarize: the LCD works on the principle of backlighting and is therefore naturally brighter, unlike OLED where each pixel produces its own light and which, for its part, allows more contrast (blacks are blacker, whites drool less…) On the other hand, the latter is generally more expensive. But beware, in both directions, the quality keeps improving.

Sony’s top-of-the-range Bravia XR A90 J series TV is equipped with the brand’s latest XR processor presented in Las Vegas last year with the promise of getting as close as possible to human perception. And it is a success, both in terms of the image and the design of the device, with great finesse; Sony claims it is the brightest on the market for OLED. In any case, the image is precise, the colors impeccable. It is also equipped with pro modes for color adjustments, sound… if desired. But what we saw in factory calibration is more than satisfactory. Let’s not forget that we are at Sony, the entertainment specialist …

Very surprising, on this model, the sound comes directly from the panel (there is no speaker around the television). We appreciate the TV interface, very fluid, with the little Sony bonus, unveiled in the spring: the in-house Bravia Core streaming service to access the Sony Pictures Entertainment catalog (included for 2 years on this model). Gamers, with or without the home Playstation, are obviously pampered with this ultra HD 4K device, very fluid (up to 120 Hz). Count 2990 euros at Boulanger or Cobra.

A very good alternative, which also benefits from a discount of 300 euros for the Black Friday is the Sony Bravia A80J OLED, with the same XJ processor as the model mentioned above (23OO euros without the discount). 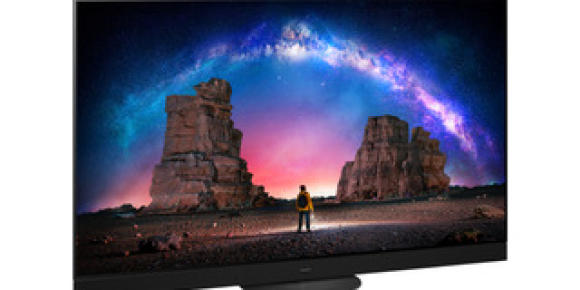 It seems that Panasonic engineers have developed an intelligent light sensor for this television (at the standby LED) to better see the details of certain episodes (very dark!) Of Game of Thrones… So much for the little one. story that sums up the spirit of this extremely bright television for OLED. Add to that an almost perfect image – it serves as a calibration monitor in Hollywood studios and a colorimetry closest to reality, with a very immersive “film maker” mode, and you get the most “cinema” television in the world. Marlet. For sound, you should know that the Japanese bought the Technics brand, a guarantee of quality in this area, in 2014. And it can be seen here: the JZ 2000 delivers a more than convincing 3 D sound with a sound bar at the ‘front, two speakers at the back and on the sides. “It’s the best of all in one” summarizes Martin Lefébure, marketing and communication director of the group. Small flat, the interface of the smart TV is not the most complete on the market, but is compensated by the possibility of choosing Molotov as the source for installation. Big drawback, its price… but we are in Hollywood! Count around 3,689 euros at Cobra, which currently offers the best price.

The alternative, if you are less careful with sound, or already have a sound bar or Home Cinema equipment: Panasonic JZ 1500. Basically, we have the same image quality, but no 3D sound. Around 1800 euros at Darty

LG Oled G1: the king of the gallery 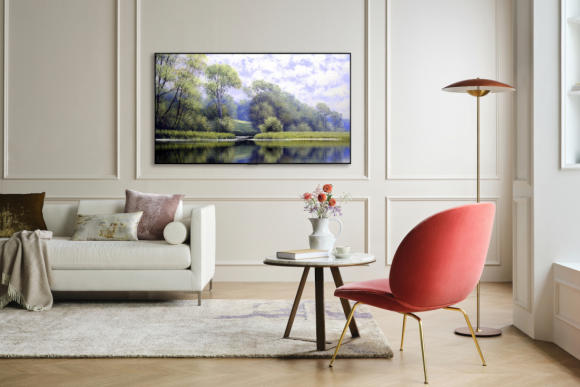 This range of 4K TVs released in April owes its name to the “galery design”, a device of extreme finesse (2.5 cm technology included), to hang it on the wall of his living room like a painting. In this regard, you should know that you can indeed scroll through works of art or family photos on the wall, but they cannot remain stationary in standby unlike the competitor Samsung Frame for example). Image question, the master of the tiles (remember that LG is also the only manufacturer of OLED panels on the market) has not spared to offer an irreproachable quality to this new EVO panel with a very beautiful light and striking contrasts. Regarding connectivity, we discover 4 HDMI 2.1 ports, which is a rare commodity (all 4) and appreciated. Nothing to complain about either on the interface, and Google and Alexa compatibility. What about the game? The television has here a game optimizer and a VRR system (which allows you to adapt to the frequency of the game), very popular with gamers and today essential. In short, the right student in the class with good value for money. That is 2500 euros approximately, plus one Black Friday discount of around 200 euros. 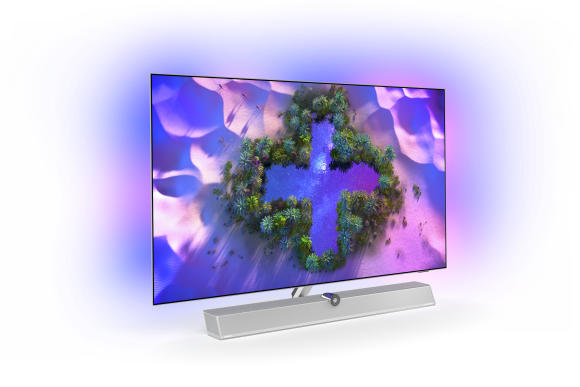 Philips TVs are unlike any other, especially at the very high end. First of all, there is this “ambilight” technology specific to the brand. Or a layer of light diffused on the 4 sides of the television which gives the impression that the image comes out of the screen. Finally, there is, for the sound this alliance with Bower & Wilkins which offers a magical sound, but also a particular design with a sound bar as suspended under the television set. It incorporates LG’s latest Evo panel, so there’s nothing to be ashamed of when it comes to brightness and knows how to perfectly play the cinema atmosphere with HLG, HDR10, HDR10 + modes and mixes adaptive HDR10 + thanks to its 5th generation P5 processor. Gamers are also spoiled with the VRR and ALMM modes (to recognize the types of game) and dolby vision compatibility in gaming up to 65 Hz. Ad hoc price for this pretty and powerful model which does not benefit from a manufacturer’s promotion for the Black Friday, or around 3,500 euros in 65 ‘.

Samsung: the Korean leader in majesty 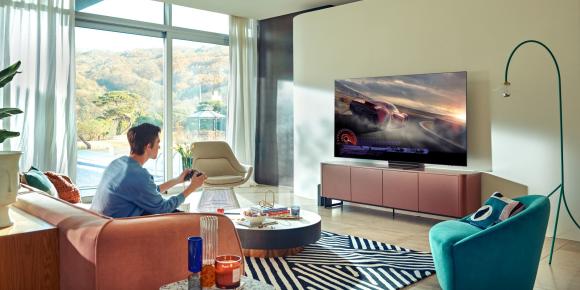 The Samsung QN 95 A ultra HD 4 K is part of this new range from the Korean to embed the latest Samsung technology in terms of LCD, namely the NeoQled, a high-performance miniLED backlight, for more contrast and even more brightness (if , if). In the end, the rendering of the image is up to the promises with a very beautiful colorimetry and levels of contrast bluffing for the LCD. Gamers will be thrilled, once again, with everything they need for fluidity, adaptability, latency … Nothing to add either on its interface, more than complete, or its connectivity (4 HDMI 2.1 ports ). Good point also for a remote control with solar charging.

Like many of the brand’s televisions, it enjoys a brand discount of 500 euros for Black Friday. Which brings its price down to around 2200 euros in 65 ‘

TCL, X92: the top of the range 8K LCD at a competitive price 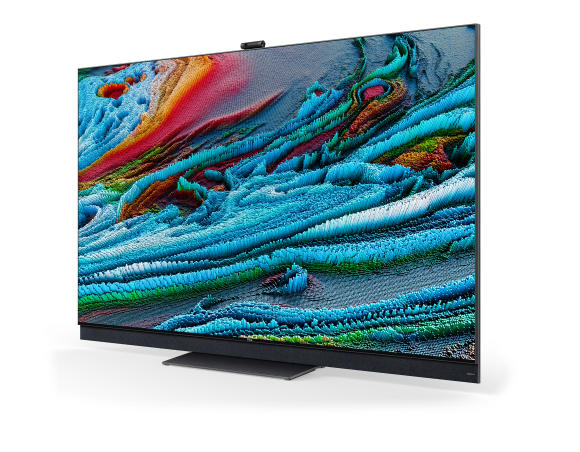 The Chinese manufacturer is quietly grabbing market share in the sector with its quality products at competitive prices. You should know that TCL builds its own LCD panels, which can help… OLED enthusiasts will go their way. On the other hand, as for the friend Samsung, the leds used are more and more mini to gain in quality (and to approach the rendering OLED without backlight). Note also on this X range the 8K format, a house specificity at this price level. Is it necessary? We are not going to spit in the soup, but today we still lack adequate sources for this level of quality without going through upscalling. Otherwise, nothing to complain about these beautiful televisions which were the first to integrate Google TV.

For Black Friday, TCL announces on this television a refund offer up to € 400 for the 65-inch (for an original price of around 3000 euros).

Finally, we were able to see the brand’s jewel on display in the fall, TCL OD Zero 8K or X92 pro with a brand new ultra-efficient and very thin panel. A prototype today marketed in the 10,000 euros, is obviously out of budget but which could reshuffle the cards in its category and above all demonstrate, if necessary, the brand’s capacity for innovation. To be continued.