Portuguese series Gloria is a powerful tale that has it all—love, lust, war, abuse, suspense, mystery and history 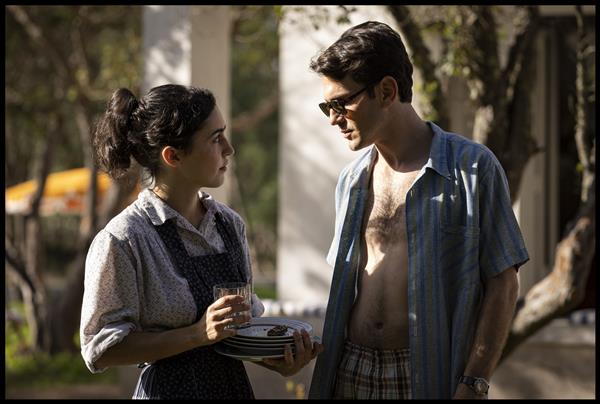 A spy series with the Cold War in the backdrop is a subject that never gets old. While Gloria comes with the standard procedures—a world of double crossing agents, where each is on their own and sex only a means to an end—it’s the setting which makes it unique. Gloria Do Ribatejo, Portugal, is where RARET, an American broadcasting centre, operates, making it a seat of suspense.

If women are calling the shots doubling up as spies, then at the same time the series puts forth the horrors of war, but in a subtle manner. And it sure reminds you that war doesn’t pick—it neither has a favorite gender nor a race! You will encounter in the story a wife-beating patriarch like Ramiro (Joao Pedra Vaz), pervert doctor Miguel (Augusto Madeira) and powerful father Henrique Vidal (Marcello Urgeghe), saving his son even if it means killing a patriot Goncalo (Afonso Pimentel) ).

While this 1960’s drama is fiction, but the facts and the role of Portugal in the Cold War are drawn from Portuguese history much before the Carnation Revolution of 1974 to overthrow the Estado Novo regime.

The lead character, Joao Vidal, played by Miguel Nueno, has some awesome lines as well as action sequences. Son of a powerful minister in Portugal, he is an engineer who enters RARET to spy for the KGB. A believer in the communist agenda after serving in a war in Angola, a Portuguese colony, he is suffering from Post-Traumatic Stress Disorder (PTSD); not much is given about how he thinks, which leads one to a surprising climax.

A little detour to CIA trying to acquire a rocket scientist in the quest to get to the moon before the Soviets, fits well in the storyline that has it all – love, lust, war, abuse, suspense, mystery and bits of history thrown in . From Alexandre and Joao’s musical talks to the background score, Gloria’s music befits the slick spy story.

The series sure will have a second season, which gives you a peek into how the world used to operate, and how men and women like Alexandre Petrovsky (Adriano Luz), Mia(Victoria Guerra), Anne (Stephanie Vogt), James Wilson ( Matt Rippy) and Goncalo (Afonso Pimentel) fit into the plot. A parallel story of Carolina (Carolina Amaral), one of many female interests of Joao, and Fernando (Joao Arrais) is a refreshing diversion, which is also unsettling.

The war and many titles it brings for women reflects through Carolina’s relationship status, which goes from fianceacute; to married to widow to married again, and in between, the fallen one, for having an affair with engineer Joao. In a small village like Gloria where everybody knows everything, it is surprising how spies function when Joao’s affair couldn’t be a secret!

The 10-episode series is slow at the start and is not something you would end up watching without a recommendation. So, here’s your cue! — Mona