Post-Brexit fishing: how the issue of “fleet exits” ignited the debate 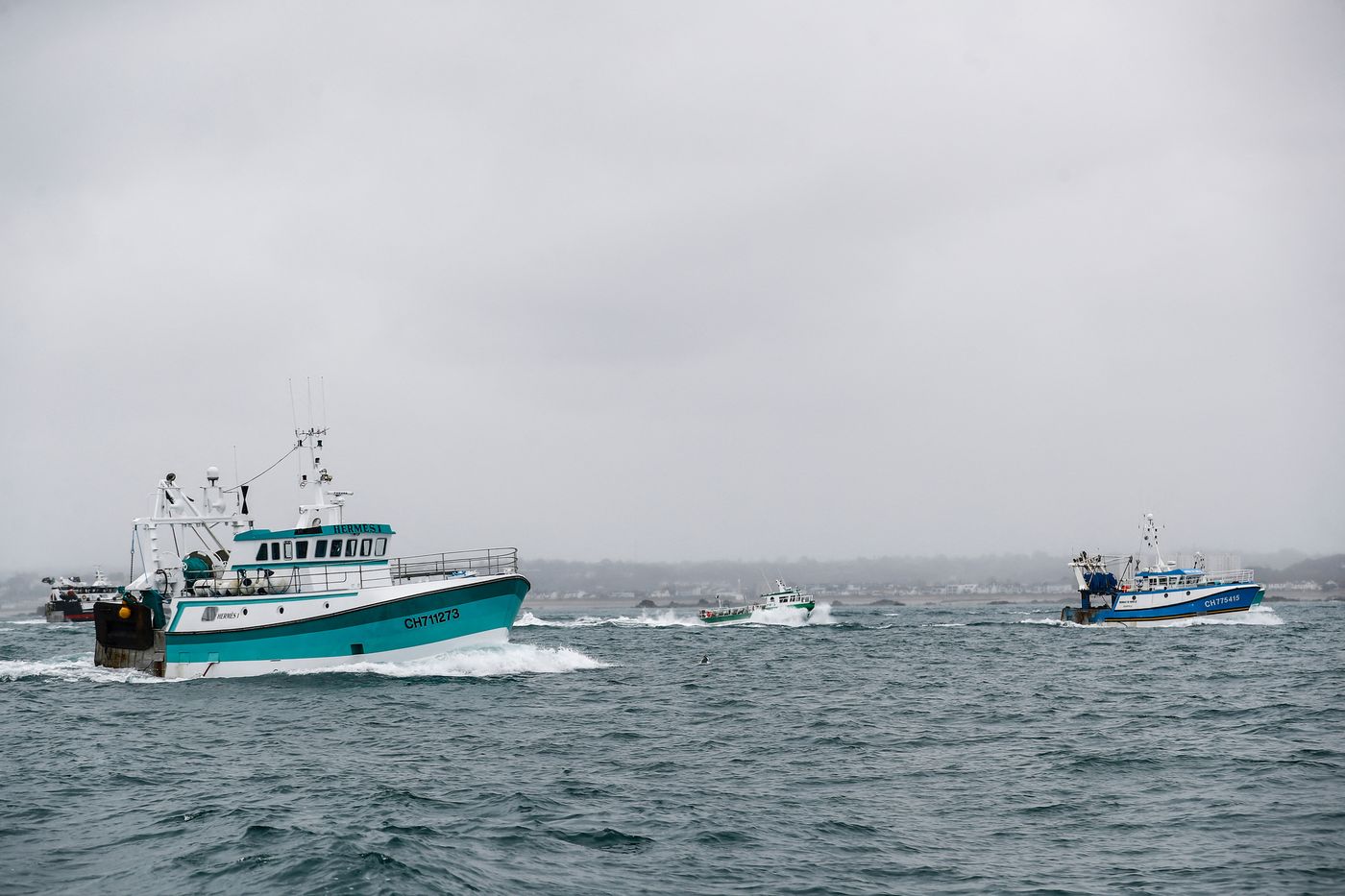 Out of forty minutes of speech given by the Minister of the Sea, Annick Girardin, a handful of sentences was enough to arouse an outcry from French fishermen. In front of an audience of professionals from the sector gathered for the Assises de la Mer Thursday, November 18, Annick Girardin raised the possibility, in the worst case, of financing “Fleet exit plans”, that is to say the destruction of a boat.

To the tune of 60 million euros, these funds would compensate boats which would not be granted licenses to fish in British waters, following Brexit.

As France grapples with the UK over this issue, the declaration struck a chord. A part of the fishermen fear that this one prepares a renunciation of France vis-a-vis the British.

The question took a political turn, pushing the President of the Republic, Emmanuel Macron, to speak on the subject during his trip to the North of France the next day. “We will continue to fight, we will not let go of our fishermen”, did he declare.

Why such a conflagration? The post-Brexit agreement provides that European fishermen can continue to cast their nets off the British coast, subject to obtaining a license, until the summer of 2026. The date on which the authorized catches for European fishermen will decrease by 25%.

London, Guernsey and Jersey have granted 220 licenses. But on both sides of the Channel, the leaders are arguing over the 150 licenses that France is still asking for, the United Kingdom considering that the supporting documents provided for the boats concerned are insufficient.

The crisis peaked at the end of October. France had played the escalation, threatening to prohibit British ships from landing in French ports or even to limit the supply of electricity to Jersey. Then she decided to soften the tone, the time to find an agreement with the British.

But the negotiations are getting bogged down. Hence the concern of fishermen when they hear about the issue of a fleet exit plan. “You have to understand that at the beginning of the month, the government was still talking to us about retaliatory measures”, points Dimitri Rogoff, president of the Regional Fisheries Committee of Normandy, emphasizing the contrast.

For Olivier le Nezet, president of the Brittany Regional Fisheries Committee, it is above all the timing that annoys: “This should not be a topic today, it is time for acts and retaliatory measures, he annoys. All the more so as evoking a plan to exit the fleet puts us in a weak position in the negotiations vis-à-vis the British. “

The question is ignited on the political ground. Several voices in the opposition were raised during the day to castigate France’s position. Presidential candidate and former Brexit negotiator Michel Barnier (LR) lamented a “Renunciation” of the French government. Xavier Bertrand and Valérie Pécresse (LR), Marine Le Pen (RN) and Fabien Roussel (PCF) did the same.

→ MAINTENANCE. Fisheries: “France and the EU are the ideal scapegoat”

Opposite, the government has stepped up interventions to reassure fishermen. “We simply want to offer visibility to professionals”, justified Annick Girardin at the end of his speech.“The fleet exit plan is just one support tool among many, we specify at the Ministry of the Sea. The 60 million euros could also be used to diversify fishermen or to invest in the future. “

“We are waiting for actions”

The Minister Delegate for European Affairs, Clément Beaune, added on Friday, November 19: “There is no renunciation, no retreat, he told Agence France-Presse. We continue both the negotiation and the pressure. We are asking for the same number of licenses. “

The French government and fishermen, however, join in criticizing the weak support provided, according to them, by the European Commission. “The Commission must go to the end, things are going too slowly and too softly”, regretted Emmanuel Macron, warning that if “The Commission is not playing its role, France will”.