Rahul vaidya had a party with friends, made a funny video on #pawarihorahihai 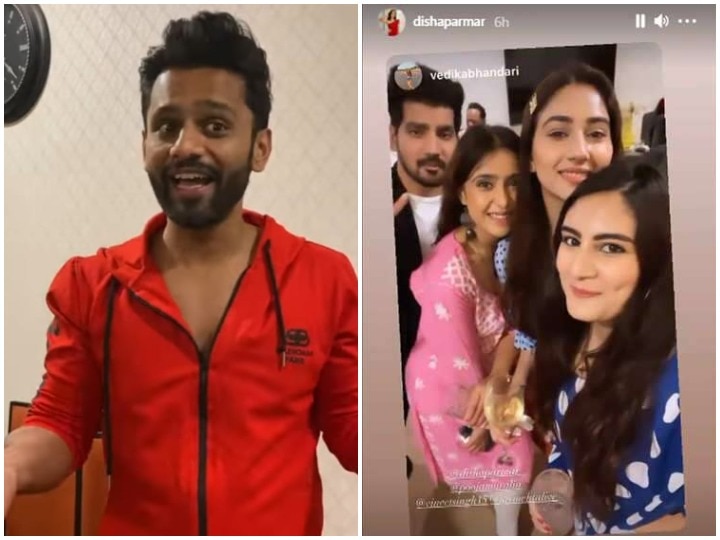 Rahul Vaidya reached the top 2 of ‘Bigg Boss 14’ but could not manage to win the trophy. But Rahul does not feel sorry for his defeat at all. He believes that he may not have won the trophy but the love of the people has earned him immense. This is the reason that he considers himself the winner of Big Boss as the real winner.

Rahul Vaidya had a party with friends

Rahul has spent 140 days in Bigg Boss house. During this, he also faced many difficulties at home. To get all those things out of his mind, Rahul recently partyed fiercely with his friends. His girlfriend and TV actress Disha Parmar also reached this party.

Rahul considers himself the real winner

At the same time, Rahul has also shared a funny video related to this party on social media. In which he is acting on the video #pawrihorahihai, which is making headlines on the internet these days. Rahul wrote in the caption with this video that, the party after Bigg Boss 14. Rahul says in the video, ‘Friends, this is me … this is my home and it is getting powery here.’ At the same time, Disha has also shared many photos of this party on her social media account.

Please tell that after Rahul Vaidya came in ‘Bigg Boss 14’ the fan following has increased more. Even after Rubina wins Bigg Boss, Rahul’s fans consider her the winner. Rahul is a singer by profession, who has spread the magic of his voice in Bollywood films and music albums.

Is the world taking shape? By releasing today his first consumer FPV drone (FPV, for “first person view” or immersion piloting), the Chinese DJI, one...