Salman Khan wants people to watch his film Antim: The Final Truth. Promotes it in Chandigarh 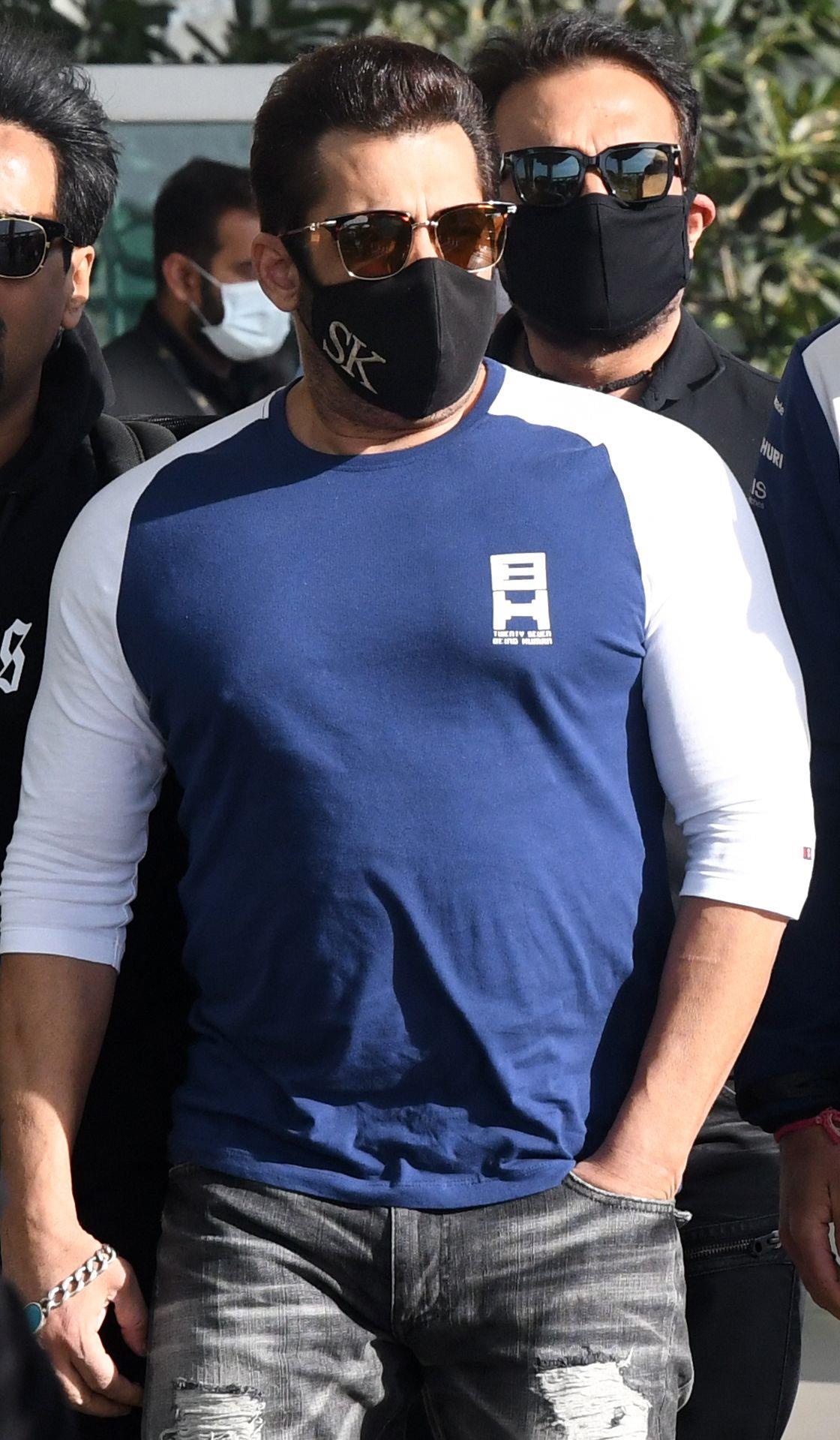 Salman Khan lands in Chandigarh in a chartered flight to grace the fan screening of Antim: The Final Truth, his latest theater outing, which stars his brother-in-law Aayush Sharma and actress Mahima Makwana.

In a candid talk, he jokes, laughs, throws in some heavy dialogues and doesn’t forget to put out a request — “watch Antim not because it’s a Salman film but because it’s a good film.” Playing a cop yet again, Salman says it might look easy but it’s not. He adds, “From Garv to Dabangg and now Antim, not a single cop character is the same.”

The actor donned a turban in Heroes opposite Preity Zinta in 2008, and for him to be playing Rajveer Singh in Antim, a Sikh police officer, had a lot of pre-requisites. He adds,“Playing a Punjabi with a turban automatically adds a rutba to the character and we ensured the respect that the character demanded.”

The actor says Antim cannot be called a remake of the Marathi blockbuster, Mulshi Pattern. “The plot is the same as Mulshi Pattern. But the characters, their stories and the social setting are different. It was Rs 8-crore budget film but when you make it under Salman Khan Productions, the scale definitely goes up.”

Salman, who takes the onus on him for the miscommunication that he was only making a guest appearance in Antim, clears the air. He says, “I am very much in the film till the climax. I take the blame for this confusion that my role is an extended cameo. And I am happy to share the credit of its success with Aayush (chuckles).” But when Aayush called it to be a two-hero film, Bhai jokingly said, “There’s only one hero.”

The actor says his niece and nephew, Ayat and Ahil (daughter and son of Aayush and Arpita) had to be told that what we did in Antim was all acting. “If Ahil didn’t like the romantic number of Aayush and Mahima, then Ayat was worried about his dad and maamu’s fight. The same thing happened with Arhaan during Dabangg,” he adds.

“It was a task to wear a turban and it took me few good hours to get into my look. After one or two weeks, I was able to wear it myself. There’s an elaborate scene in the film where my character Rajveer Singh unties it to help a woman who is molested and that’s when he goes angry,” says Salman.

Although he is encouraging the audience to revisit theaters, the actor refrains from visiting hospitals, theaters and religious places for he believes his presence causes distraction. “I don’t want people to leave their work and look at me. So, I was not able to watch films in theaters.”

The actor says, “I had released Radhe on OTT because the fans were waiting for the film for so long. I made it available to all the family members for Rs 249 but still it had been watched in pirated versions. So, I had the same opportunity for Antim to get my assured minimum guarantee by giving it to OTT but Bhai had to it for his fans.”