Suicide of farmers, the government unveils an arsenal of measures 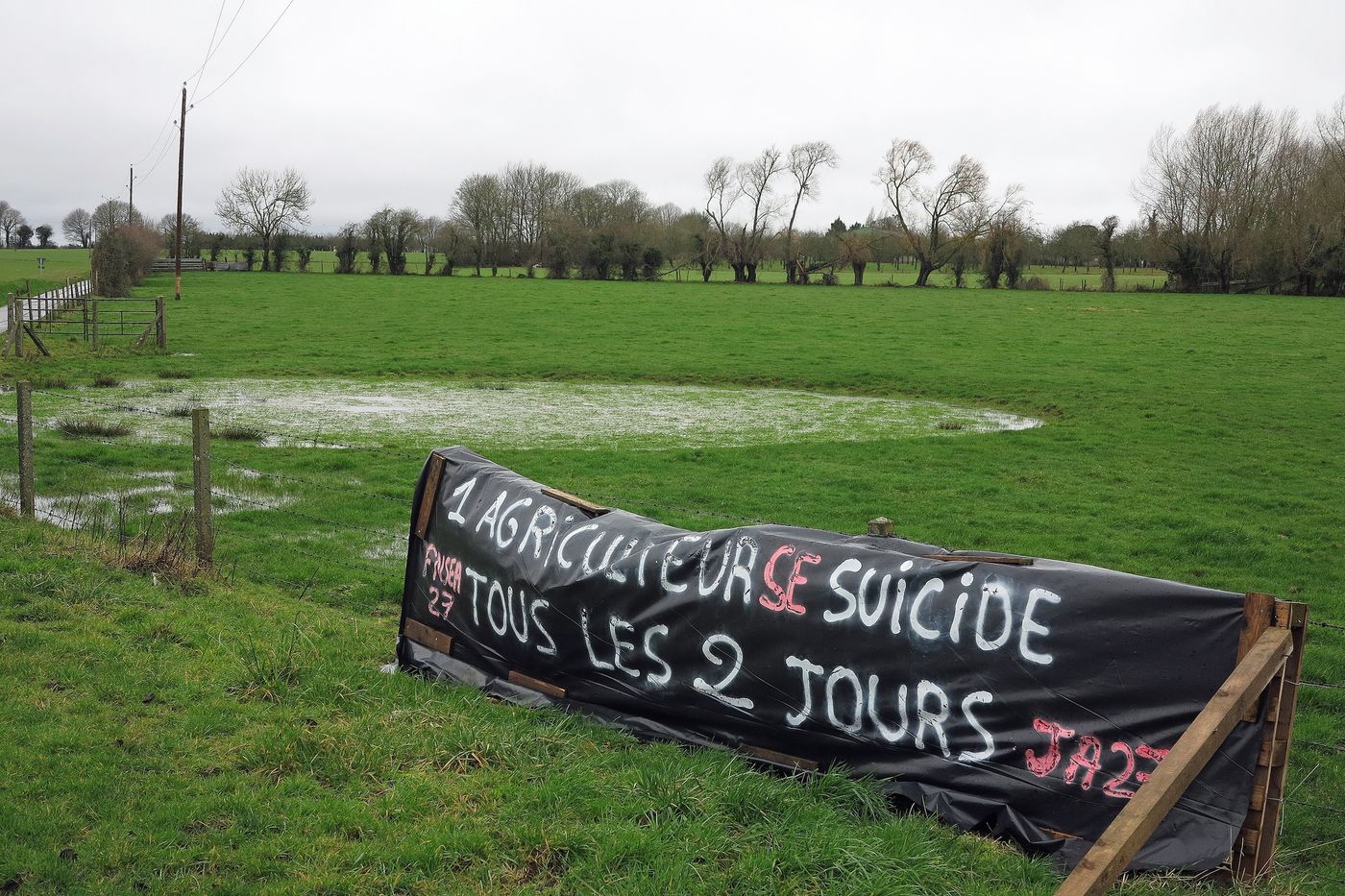 The statistics are as cold as they are relentless. A farmer commits suicide in France every two days. The question is a real public health problem: the risk of excess mortality by suicide in the profession is 43% higher than the rest of the population, according to a study carried out in 2021 by the Mutualité sociale agricole (MSA), the equivalent of the “Safe” for farmers.

Faced with this large-scale phenomenon, the government unveiled on Tuesday 23 November a ” roadmap ” on the “Prevention of ill-being and support for farmers in difficulty”, jointly presented by the ministers of agriculture, Julien Denormandie, of health, Olivier Véran, and Laurent Pietraszewski, Secretary of State in charge of pensions and occupational health.

→ READ. In the Senate, a new “SOS farmers in distress”

“It is important to lift the taboos on the issue of ill-being and to talk about it within society”, poses Julien Denormandie. The text is not starting from a blank sheet: various national measures have been at work since 2011, including – since 2014 – a listening number (1) of the MSA. This is backed up by local actions, often carried out by the agricultural community itself.

The first aim of the text is to better coordinate the prevention mechanisms already in existence in the field. In practice, departmental units will be created to bring together chambers of agriculture, MSA, cooperatives, associations, veterinarians or elected officials. These units will have to set up in particular a network of “sentinels”, people who are in regular contact with farmers, who will be able to launch the alert in the event of a risk situation or better direct people in distress.

→ READ. Farmers on the brink of exhaustion

Such networks already exist in certain departments, supported by associations, unions or chambers of agriculture. But the text aims to better organize them at the local level. And to expand them if necessary, by training additional people.

“Humanizing relationships with farmers in difficulty and reaching out to them is essential to better detect weak signals, emphasizes Julien Denormandie. We also wanted to fight against situations that may seem like drops of water, but may be enough to break the camel’s back. ” Faced with indebted farmers, for example, the MSA undertakes to limit the sending of contribution reminder mail for small debts.

The causes of deterioration in mental health are often complex. “It is an often unique assemblage of collective and individual factors which lead to such tragedies”, pointed out in a senatorial report, published in March 2021, the rapporteurs Henri Cabanel (RDSE, center left) and Françoise Férat (Centrist Union). The authors nevertheless noted “Two major concerns” : low income and the feeling of denigration.

The roadmap “also includes a financial component, with an expansion of aid for the revival of operations, an increase in the tax credit to finance replacements in the event of illness or accident at work and the swelling of “aid in respite ”, in the event of professional exhaustion.

“Anything that is done to advance mental health is a good thing, reacts Natacha Guillemet, head of the farmers’ section of the Rural Coordination. The question is whether the measures can really be implemented: today, there is still a lack of personnel to carry out the replacements. “

“We are satisfied with the way in which the government has taken up the issue, adds Luc Smessaert, vice-president at FNSEA. The only point on which the text perhaps does not go far enough is that of the handover. “ The union was pushing for farmers at the end of their careers to be able to take early retirement on condition of selling their farm to a young buyer.

For Denis Perreau, of the Confédération paysanne, the text will not be enough for all that to solve the problem of agricultural malaise: “Nothing calls into question the model of economic development, which is one of the factors of low incomes and which leads to contradictory injunctions that are difficult for farmers to bear. “

Key points of the text

Thirty-five referents on agricultural malaise will be appointed within the MSA, the Mutualité sociale agricole.

By the end of the first quarter of 2022, the conditions for benefiting from audit or economic recovery aid will be broadened (a debt ratio of 50%, compared to 70% previously). The amount will also be increased.

Through the network of local cells, farmers should be better oriented on the possibility of benefiting from a reimbursement of € 30 for psychological consultations, measures announced in September during the mental health conference.

The envelope dedicated to agricultural malaise next year will drop from 29 to 41 million euros.