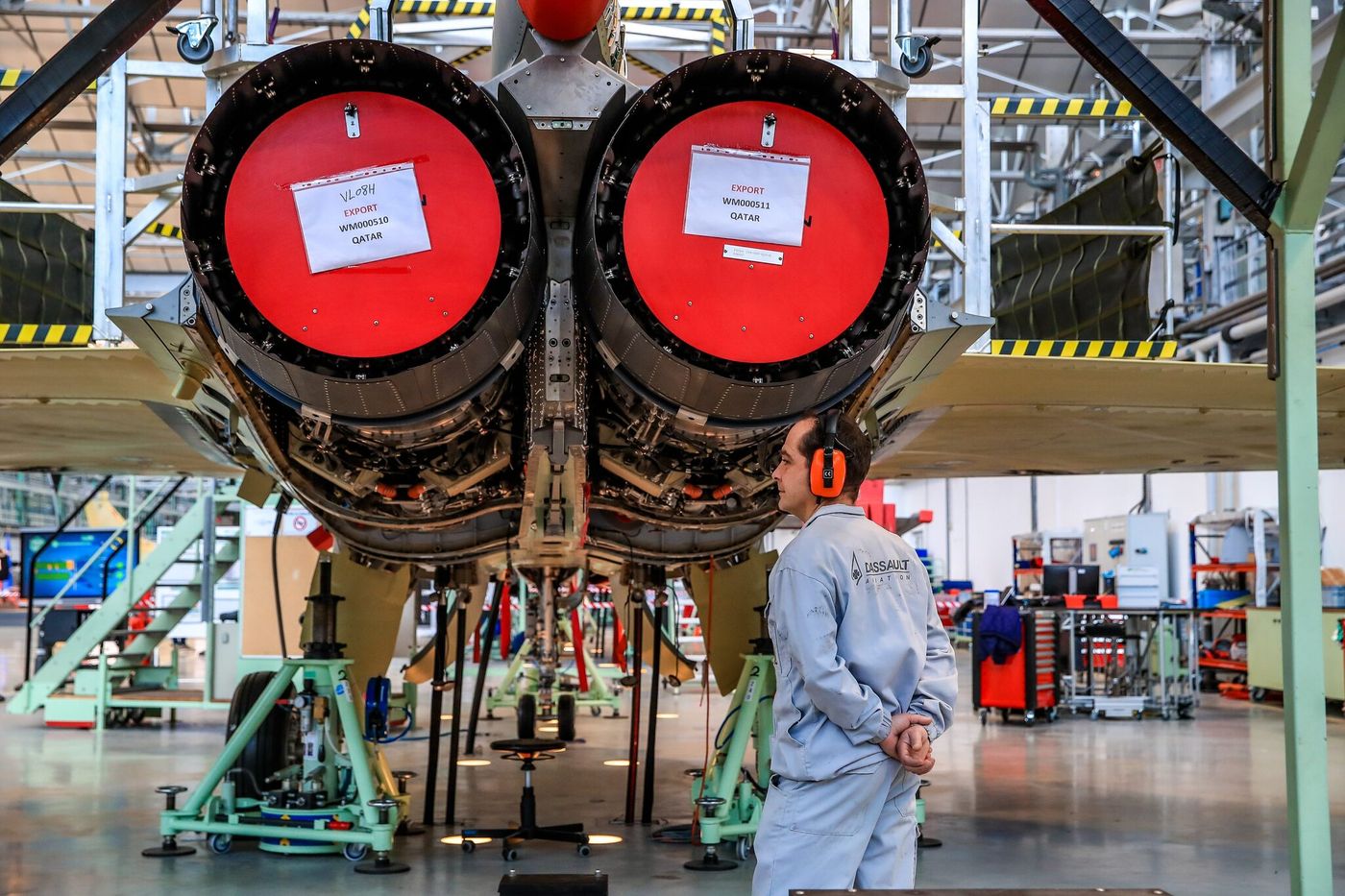 The United Arab Emirates will buy 80 Rafale from Dassault Aviation, which would make it the most important export contract for the French company. Officialized this Friday during Emmanuel Macron’s visit to the Persian Gulf, the sale is in addition to those made in 2021 by Egypt (30 fighter jets by 2026), Greece (18 by 2023) and Croatia (12 by 2025). Indonesia has also signed a letter of intent to purchase 36 hunters.

→ CONTEXT. United Arab Emirates sign agreement with France for the purchase of 80 Rafale

Dassault Aviation’s order book is now 404 Rafale, of which now a minority (192) for the French army, while the aircraft manufacturer has so far had difficulty selling it abroad.

Consequence: the company plans to double the production rate, which should pass within a few months from 11 to 22 planes per year, knowing that three are needed to build a Rafale. “But that does not mean that it will double hiring, from 7,000 people working for the Rafale currently in France at Dassault and its subcontractors, to 14,000”, weighs an expert in the field.

However, the company is already recruiting to cope with this workload: 500 people in 2021, including 180 hires in progress, out of a total workforce of 8,500 people. Others are expected to follow in the years to come to keep up.

→ ANALYSIS. Sale of Rafale: between France and the Emirates, a long-standing partnership set to be strengthened

The first beneficiary should be the Mérignac plant (Gironde). In Dassault Aviation’s flagship, more than 2,000 employees (1,400 executives and 600 technicians) work on the assembly of Falcon and Rafale business jets, whose components are produced elsewhere in France: aluminum parts and titanium in Seclin (North), composites in Biarritz (Pyrénées-Atlantiques), glass roofs in Poitiers (Vienne) or even sails (wings) in Martignas (Gironde).

“We don’t have enough people, that’s for sure”, estimates Jean-Jacques Laville, CGT delegate of this other Dassault plant in Gironde, where 500 employees and 150 subcontractors work. “We have to come to work in shifts or during the Christmas holidays. We will surely have hires and interim from next year. And for the contract with the Emirates, it will depend on the expected delivery dates, but the effects on the activity should not occur until 2025. “

At the end of the line because of its assembly mission, the Mérignac plant should not be running at full speed until the end of next year, reports Romain Fougerolles, union representative (CGT) of the site. .

“Before the contract announced with the Emirates, 150 hires were already planned in Mérignac for the second quarter of 2022, he specifies. We can only be satisfied with this announcement which gives work for everyone at Dassault and its subcontractors. However, this must also translate into salary increases, because we always respond present but we are never rewarded. “

In the midst of wage negotiations, the union is not satisfied with the management’s proposal to increase technical workers by 1.6%. It is, according to Romain Fougerolles, “Half less than the inflation forecast for 2022 when the company’s coffers are full” – 303 million euros in profits in 2020, despite the health crisis -, and that the average wage of workers is 2,000 €. In recent days, the CGT has set up filter dams and launched strike calls in the group’s Gironde factories.