The final round of Champions Chess Tour kicks off today 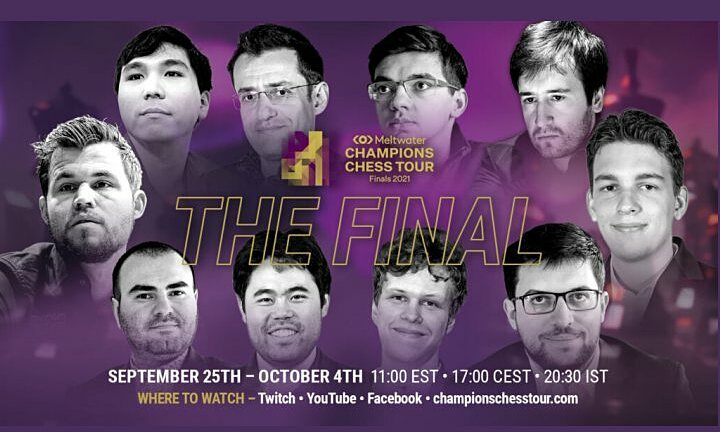 Carlsen, Wesley So, Hikaru Nakamura, Levon Aronian, Teimour Radjabov, Maxime Vachier-Lagrave, Shakhriyar Mamedyarov, Duda, Vladislav Artemiev and Anish Giri qualified for the final round, thanks to their high performance in the stages.

Of the 10 players participating, eight achieved high results in all stages, with the exception of Mamedyarov who only ranked 12th and Duda. Vietnam’s number one player Le Quang Liem ranked 10th but did not make it to the final round. Quang Liem is also Mamedyarov’s most difficult opponent in all stages, when the Ho Chi Minh City player won all three confrontations.

On the first day of the competition from 10pm on Saturday, September 25, Hanoi time, Carlsen had the opportunity to claim a debt loss to Duda in the semi-finals of the 2021 World Cup. The remaining pairs took place between So – Mamedyarov, Aronian – Vachier-Lagrave, Radjabov – Artemiev and Giri – Nakamura. They will play a round robin, one match a day.

The players begin to play the final round with the number of bonus points based on the order through the stages of the Tour. The top Carlsen should start the Tour Final with 16.5 points, behind are So 12.5 points, Aronian 8 points, Radjabov 6 points, Giri 5.5 points, Nakamura 4 points, Artemiev 3.5 points, Vachier -Lagrave 2.5 points, Mamedyarov 0.5 points and Duda 0 points.

Champions Chess Tour is an online fast chess tournament system initiated by Carlsen, with a prize fund of 1.5 million USD. Quang Liem attended four of the nine stages, the best achievement being the runner-up at Chessable Masters.