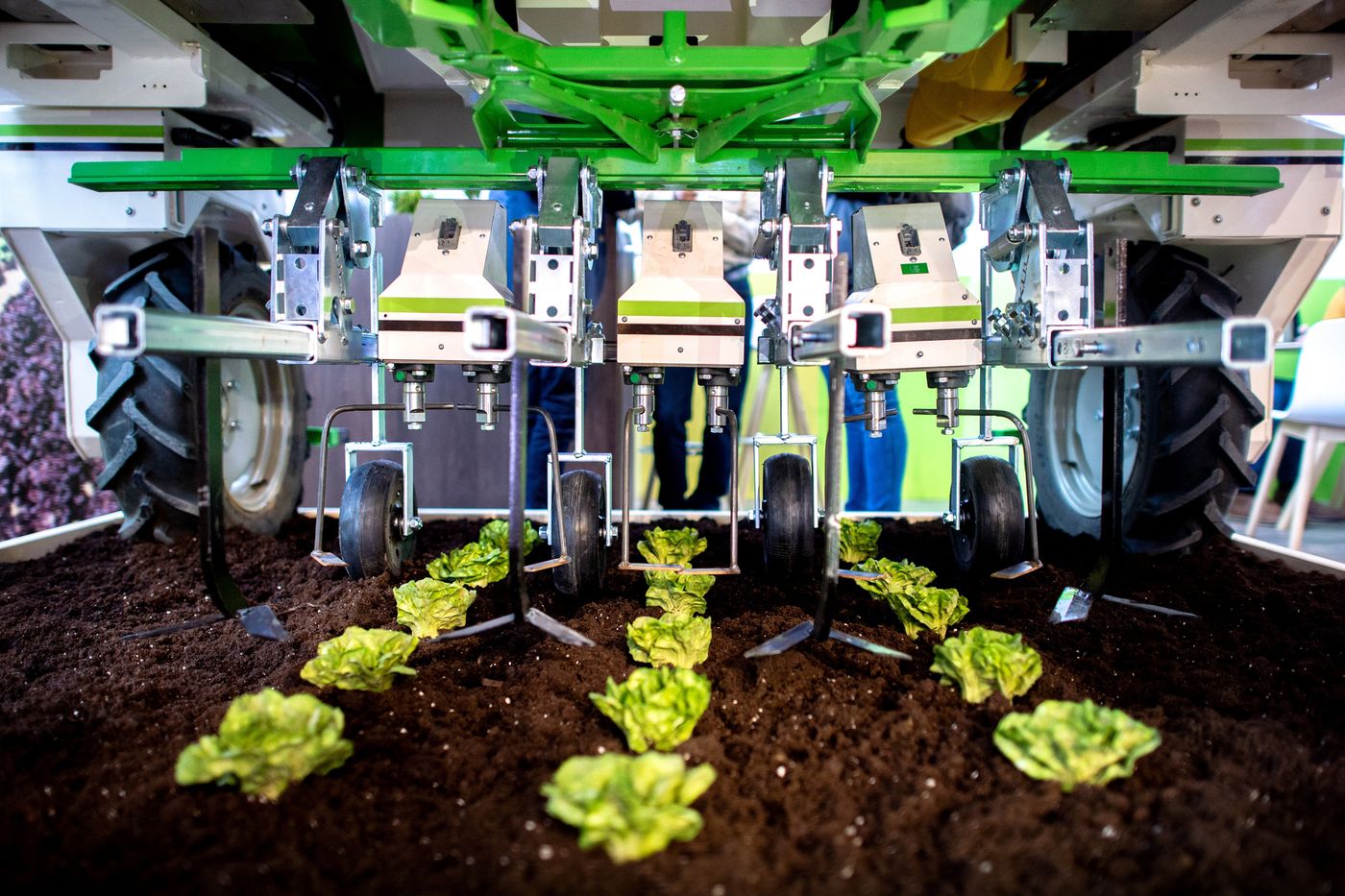 Foster the growth of technological start-ups. Agriculture and digital ministers Julien Denormandie and Cédric O announced on August 30 the launch of the ” French Agritech “, On the model of” French Tech “. In short: extend the support systems developed for “pure and hard” digital to start-ups active in the agricultural and food sector.

A family of young companies far from negligible: they raised more than 500 million euros in 2020 and are more than 200 in France. Figures that make France ” the third country in the world in terms of AgriTech start-ups created per capita », According to the ministers.

“Making the agroecological transition a success”

Among them, Weenat, which has developed an assistance tool to monitor the weather conditions in real time on the plots, Naïo Technologies and its GPS-guided robots which provide precision weeding, or UV Boosting, which uses ultraviolet flashes to stimulate the natural defenses of plants in order to protect the vines from mildew.

→ READ. Launch of a giant insect farm in the Somme

According to ministerial data, farmers, far from being reluctant to use advanced solutions, are already “67% to use new technologies (robotics, applications for managing and optimizing tasks, sensors) “. And four out of five farmers use “ Internet for the day-to-day management of their operations “, Indicates the Ministry of Agriculture during a press briefing, hence its wish to support the development of this” ecosystem “.

“Investments for the future” program

Government support will first take the form of an envelope of 200 million euros, under the program ” investments for the future », Funding support for innovative projects for ten years. A windfall that will be distributed through calls for projects: the first two will be launched in September around two themes, ” innovate to make the agroecological transition a success ” and ” meet the food needs of tomorrow “.

The second axis aims to identify the difficulties encountered by these young companies in order to develop, in terms of recruitment in particular. Hence a mission entrusted to the Digital Farm, an association founded in 2016 by startups in the sector, to identify these obstacles and make recommendations. ” SDepending on the results of the mission, we can think about moving towards a support and services program as developed as that of French Tech », Said state officials.

The public authorities believe that this marriage of “tech” and the land will allow France to maintain its rank as the leading European agricultural power, while finding solutions to change practices and deal with climate change. The Ministry of Agriculture argues, for example, that “ it is by bringing together agriculture and innovation that solutions will be found to reduce the use of phytosanitary products thanks to precision technologies “.

→ ANALYSIS. In the face of climate change, a plan for more resilient agriculture

Another springboard for start-ups is the new edition of the i-Nov competition, which aims to support innovative projects with high potential for the economy. Launched at the end of July, it includes a theme ” Adaptation of agriculture to climate change and risk management »: Start-ups and SMEs can apply until October 5, 2021 on the Bpifrance website.