The latest Korean show Hellbound is trending too. Here’s a quick look at the proven gems and some upcoming shows 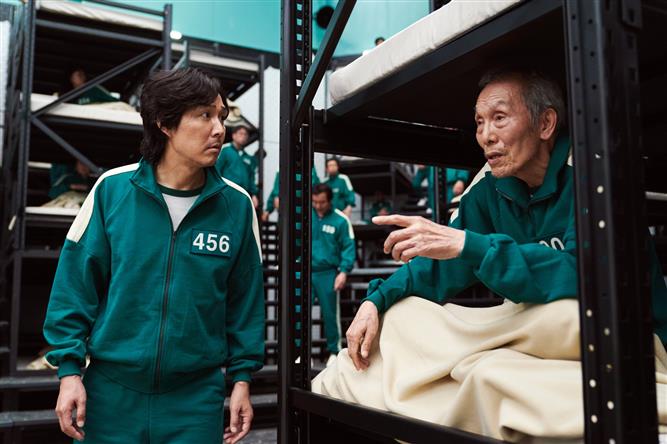 Hellbound, from the stable of director Yeon Sang-ho, of Train to Busan-fame, has garnered much attention globally after Squid Game. What they have in common? Both are Korean shows! Since 1990s, the Korean wave has been taken over the world and there is a Chinese word dedicated to K-wave as well—Hallyu! We try to understand what makes Korean shows popular.

Only a Korean show can compete with a Korean show! Take for example two of Netflix’s shows, Hellbound (IMDb rating 6.8/10) and Squid Game (IMDb rating 8.1/10), both Korean and currently ruling the top 10 popular category chart in India, placed at second and fourth position, respectively. The dystopian horror drama Hellbound was released on November 19 and replaced Squid Game, which was earlier ruling the charts ever since its release on September 17.

Although all platforms have some or the other content from Korea, but it is Netflix that is ahead in reaping the benefits of the big binge-market that the country promises. But business is ‘give and take’, which is why in 2021 ahead of the plan of producing big Netflix originals, the platform fed the demand by supplying not one but two production facilities in Paju-si and Yeoncheon-gun, just outside of Seoul , in Gyeonggi Province, Korea.

Squid Game, which also starred an Indian, Anupam Tripathi (migrant worker Ali Abdul) in the series, gave rise to many memes. One was the comparison of how Squid Game made the world discover Korean gems, but legends had known them since the time Train to Busan released! Another sci-fi film, Jung-E by Yeon, is in the making and is expected to release next year. It stars Kang Soo-youn, Kim Hyun-joo and Ryu Kyung-soo in pivotal roles. The setting of this film is in the 22nd century where climate changes have made Earth uninhabitable. Director Yeon Sang-ho, who has been redefining the future of Korean films with Train to Busan, Peninsula and Hellbound, focuses on themes of brain cloning and human-like mercenary robots.

In March 2021, the cast for the first season of the South Korean remake of Money Heist was revealed. It will feature Yoo Ji-Tae as the Professor. Squid Game-fame Park Hae-Soo will portray Berlin. He was also part of 2019 Netflix anthology series Persona (6.6/10), a collection of four works of notable Korean directors. He has done a supporting role in Legend of The Blue Sea, a cameo in Memories of the Alhambra; his big break as lead was in Prison Playbook (8.4/10) in 2017.

In Southeast Asia, Korean shows are much-loved and research has found they are watched more than Hollywood productions.

In the last three months, on an average, four of the top 10 titles on Netflix in Southeast Asia have been Korean. According to Netflix, Korean shows like Kingdom Season 2, The King: Eternal Monarch, Start-Up, and It’s Okay to Not Be Okay were amongst the most popular TV series in Hong Kong, Thailand, India, Malaysia, Philippines, Singapore, Taiwan and Japan. Celebs have often talked about being bitten by the K-drama bug.

The latest being Parth Samthaan, who had shared a video on his social media handle recently, where he is watching the latest Korean release—Hometown Cha Cha Cha. Even Kajol, during one of her interviews in early 2021, had confessed her love for K-dramas. She said, “I find them highly entertaining. I especially like Crash Landing On You.”

From romantic comedies like Crash Landing On You and Hometown Cha-Cha-Cha to military-themed dramas such as Descendants of the Sun and DP, the shows are relatable and yet with wildly innovative storylines.

Watch out for these

New Korean stories currently in production or development stage include Move To Heaven, Kingdom: Ashin of the North, Silent Sea, All of Us are Dead, DP, The Hungry and the Hairy, Paik’s Spirit, Single’s Inferno, Juvenile Justice, Love and Leashes , among others.