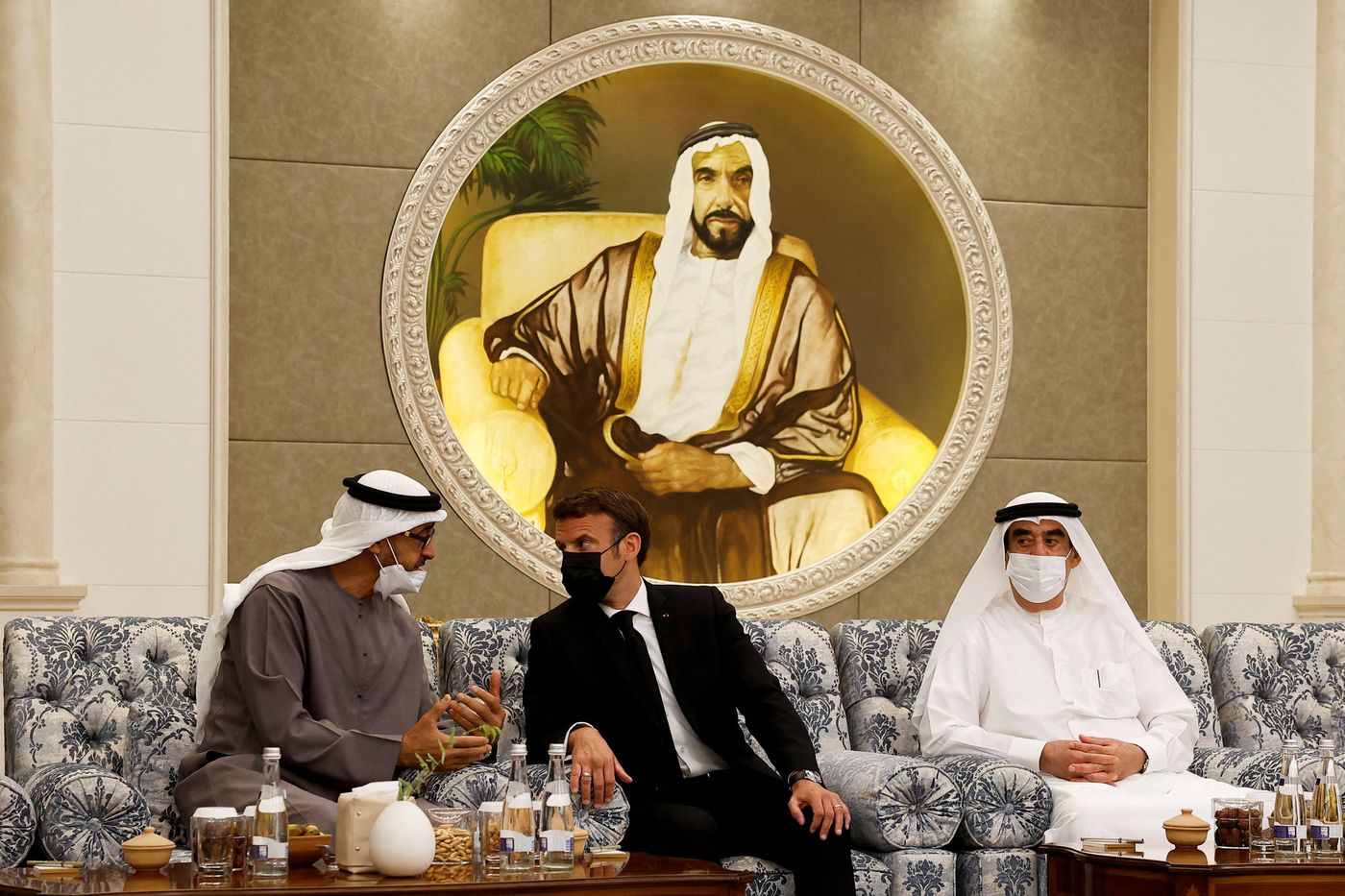 In fact, by going to Abu Dhabi in this way, the French president went to a partner that has become increasingly important in recent years, particularly following a number of military contracts.

In December 2021, the French head of state had thus visited the Universal Exhibition in Dubai, but he had above all supervised the signing of several major contracts, including one relating to the supply of 80 Rafale combat aircraft, an order record for the industrialist Dassault.

Third among countries with which France has a trade surplus

“The United Arab Emirates is among our main trade surpluses in the world, occupying the thirdrank in 2020 (6th in 2018 and 7th in 2019), behind the United Kingdom and Singapore”, noted the Treasury Department in a note of September 2021.

The federation, made up of seven emirates, including Abu Dhabi and Dubai, is both a big buyer of luxury goods and a regular customer for the defense industry, two strengths of the French economy.

The Treasury notes that exports to the UAE are mainly composed of aircraft, civil and military, and space launch services (16% of the total), followed by general-purpose machinery and equipment (10%), perfumes, cosmetics and cleaning products (10%), leather, luggage and shoes (6%), and finally electrical equipment (5.6%).

Imports from the Emirates are, moreover, essentially made up of petroleum products.

French companies are very established on the spot, with 600 subsidiaries employing more than 30,000 people. Dubai hosts the largest number, especially in its free zones.

France is the fourth largest investor in the Emirates, behind the United Kingdom, India and the United States. “French companies are the main players in the UAE market in several sectors (water treatment and hotels in particular)”, notes the Treasury Department.

→ REREAD. United Arab Emirates: the “made in France” in war crimes in Yemen

The Emirates attract large groups from developed countries because of their infrastructure needs and the desire to diversify their economy. In particular, they are developing the tourism and air transport sector. Abu Dhabi has thus planned to invest the equivalent of 6 billion euros over the next five years in the cultural and creative industries in order to reduce its dependence on hydrocarbons.

The rise in oil will allow the Emirates to invest

The Emirates have “about 700 billion dollars of assets in its sovereign wealth funds. High oil prices will also increase fiscal revenue, 50% of which is generated by hydrocarbons,” predicts the credit insurer Coface, which calculates that the growth of their GDP in 2022 should reach 4%.

With their 9 million inhabitants with strong purchasing power, the Emirates are therefore a popular destination for French companies. Last January, Medef-international led a delegation of French business leaders there on the subject of “sustainable city”in order to detect new business opportunities.