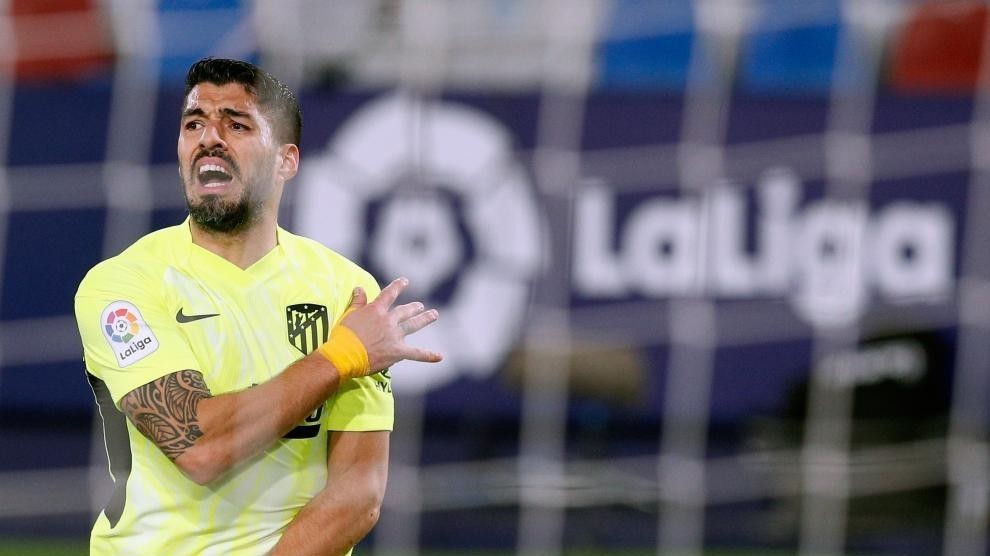 Coach Thomas Tuchel wants to prevent Luis Suarez from scoring when Chelsea play Atletico in the first round of the 1/8 Champions League today.

“Suarez is a born striker, with the fighting spirit characteristic of an attacking player. The will to fight, the intensity of his activities and the anger he put on the goal. It is very difficult to have.” such a striker now, “Thomas Tuchel said in a press conference before the match against Atletico in the first round of the eighth Champions League.

Arriving at Barca after the 2014 World Cup, Suarez joined Lionel Messi and Neymar to become the famous MSN trio, helping the Catalonia club win the treble in the 2014-2015 season. With 198 goals for Barca, Suarez is the third most scorer at the Camp Nou, behind Messi and Cesar Rodriguez. When the striker born in 1987 was rumored to leave Barca in the summer of 2020, Tuchel was interested and wanted to bring him to PSG.

“No one can ignore the best striker in the history of world football. We tried our luck, but got no results, because Suarez chose to stay in Spain and go to Atletico,” Tuchel continued. .

The contract between Suarez and Atletico contained a provision that allowed the former Barca striker to be free to leave in the summer of 2021. When asked about the possibility of pursuing Suarez in the next transfer window, Tuchel replied: “Suarez can suit me when He leads PSG, but things are different now He has a contract with Atletico, and it’s not like thinking about pulling another team player right now My immediate goal is to stop him from scoring. against Chelsea “.

Before moving to La Liga, Suarez had three and a half volatile years in Liverpool, from January 2011 to the summer of 2014. Despite being the top star in the Premier League, with 82 goals in 133 appearances, the Uruguayan striker was entangled. into racism with Patrice Evra and biting Branislav Ivanovic (Chelsea) ‘s hand.

The decision to ban the 10 games that the FA Discipline Committee for Suarez, after biting Ivanovic, was one of the heaviest penalties in history. The South American striker even raised his intention to leave Liverpool in the summer of 2013, before being persuaded to stay and shine with 31 goals in the 2013-2014 season, and put Liverpool in runner-up position.

“I have nothing to do with what happened between Luis Suarez and Chelsea. In my opinion, it is not good to just dig into the past. We should look to the future,” Tuchel said.

Barca down to fourth La Liga