Van Quyet: ‘This is a big mark for me, even though it’s a friendly match’ 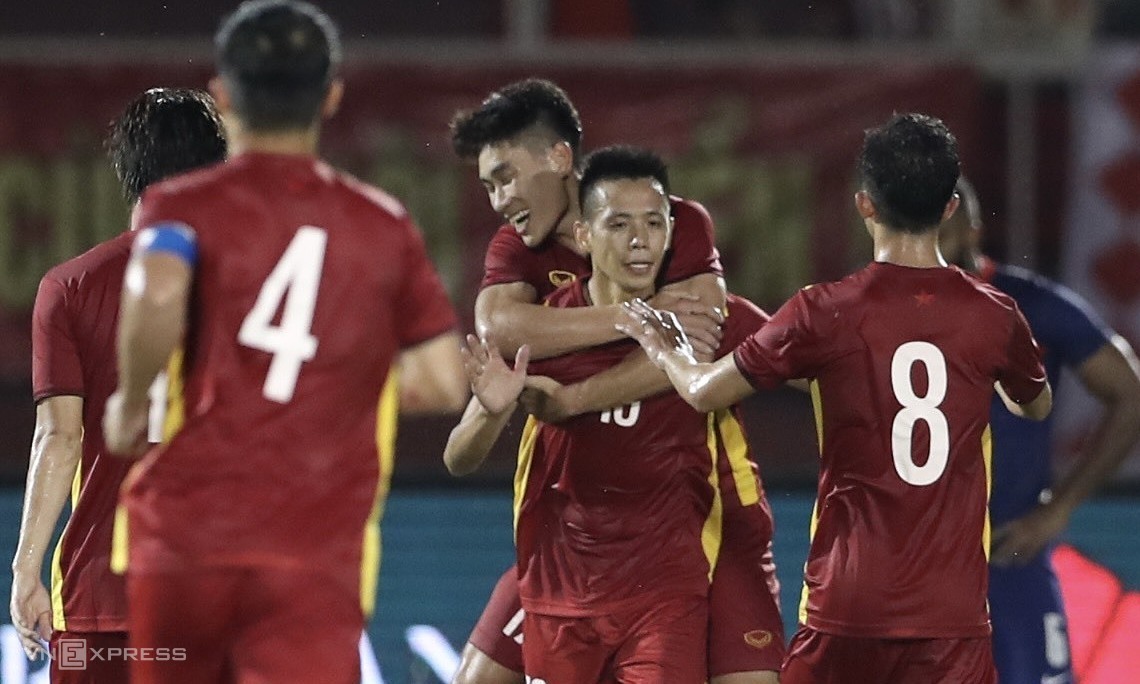 Ho Chi Minh CityStriker Nguyen Van Quyet was elated after scoring in Vietnam’s 4-0 victory in a friendly match against Singapore on the evening of September 21.

“Even though it’s just a friendly match, playing for the national team after two years is a huge mark for me,” he shared after the 4-0 win at Thong Nhat Stadium. “A match meant a lot, and I was able to contribute to the team. The best part is that the team won.”

The captain of the Hanoi club also said that he had discussed privately with coach Park Hang-seo to better understand what he needed from him and to adapt the playing style of the team.

Van Quyet was a member of the 2018 AFF Cup winning squad, but then missed all of Vietnam’s important tournaments such as the second and third stages of the 2022 World Cup qualifiers or the AFF Cup 2020. Come to this gathering. , he was just called back by Coach Park. This is considered his recognition for Van Quyet’s steady performance from the beginning of the season, when he scored six goals in 14 matches to help Hanoi lead the V-League and reach the semi-finals of the National Cup.

In the Singapore match, Van Quyet started from the beginning, wearing the familiar number 10 shirt, along with Nham Manh Dung and Pham Tuan Hai to form three spearheads on the attack. He kicked the left-hand striker, his forte position for many years in Hanoi. In the 37th minute, Van Quyet received the ball in the middle and installed a wise man, pushed a few more pushes and then sank into the left corner to beat goalkeeper Hassan Sunny, opening the match. The striker born in 1991 did not celebrate, just raised his hands to the sky and high five with his teammates. This is Van Quyet’s 15th goal after 52 matches for the national team. Currently, he is still the player who still plays with the most goals for the team.

In the 62nd minute, Van Quyet left the field to make way for Phan Van Duc. The remaining goals of Vietnam in this match were scored by Thanh Nhan, Ho Tan Tai and Khuat Van Khang in the second half.

According to Van Quyet, won 4-0, but Vietnam could not evaluate much about Singapore. “It is impossible to evaluate all opponents after a friendly match. For the team, this is an opportunity for Coach Park to create conditions for new players, assess preparation for the AFF Cup. Personally and the players. Everyone believes and tries hard,” Van Quyet shared.

After the match, Coach Park affirmed that Vietnam achieved all goals in this match, from testing personnel, increasing competitiveness to results. Singapore is a rival in the same group at the AFF Cup 2022 and is said to also hide this match, only testing the lineup and personnel.

Vietnam will take a six-day break before confronting India on September 27. Three days earlier, the team could assess the opponent when watching the India vs Singapore match. India has an equivalent strength, so Coach Park is likely to launch the best players on the field.