VIDEO. Covid-19: “” We are collapsed “even if” we understand “the curfew, reacts the CEO of the Accor group 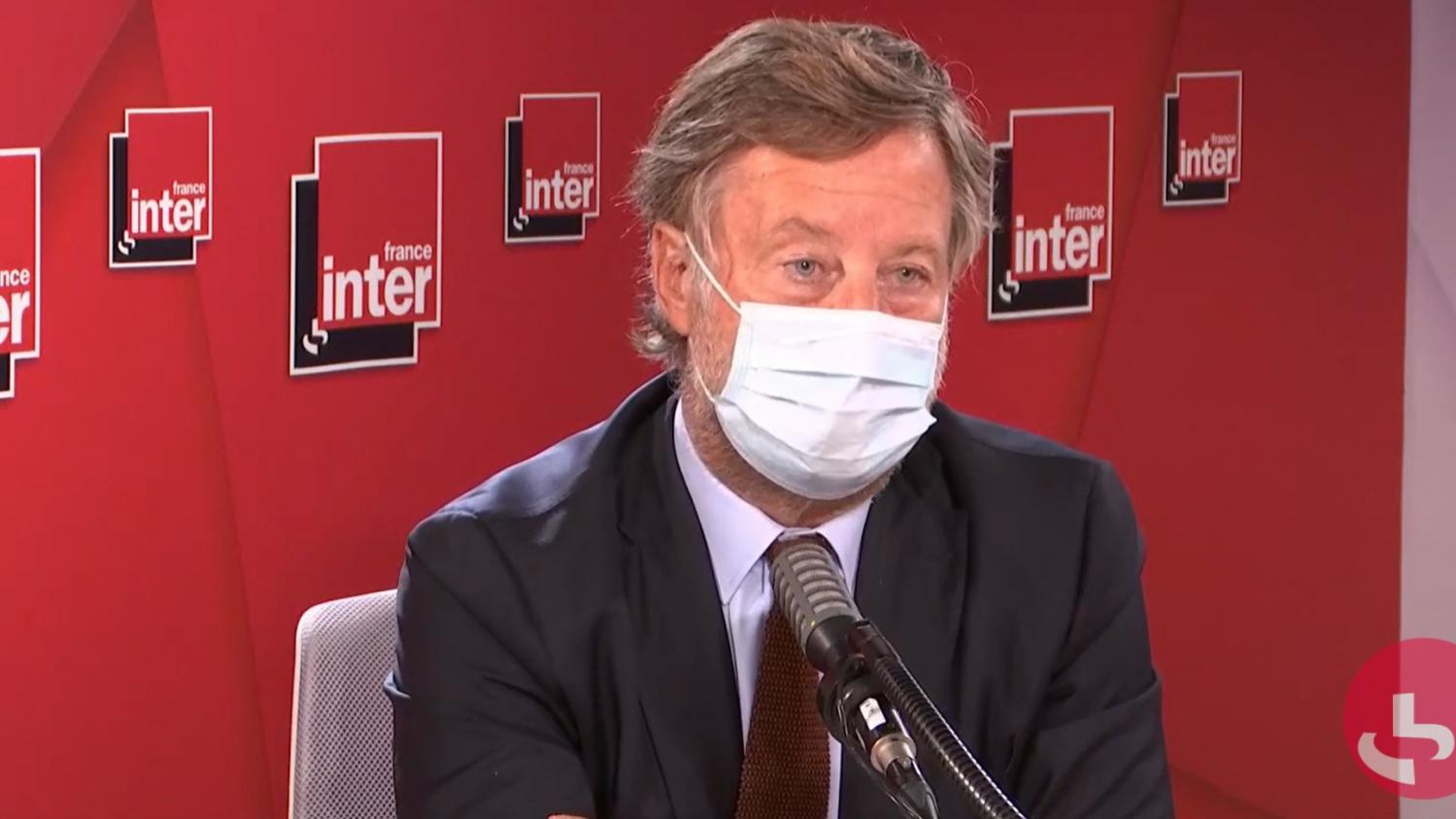 “We are collapsed. In fact, we are a little fed up. We understand the decision taken by the government. We understand the existence of this pandemic, the second wave”, Sébastien Bazin, CEO of the Accor hotel group, the leading European hotel group, reacted on Tuesday, October 20 on France Inter about the decision of the French government to impose a curfew from 9 p.m. to 6 a.m. in Île-de-France. de-France and in certain metropolises to fight against the spread of Covid-19. But “it’s complicated for us to react because every week that goes by, the numbers say something different”.

Once, it was the fault of bars, then restaurateurs, then universities and then businesses, and then the private sphere.

“That is maybe and probably the right reason, but we are learning that Wednesday versus Friday night. It’s terribly complicated.”, confesses Sébastien Bazin

The CEO of Accor also points to the lack of harmonization of policies between EU countries in the fight against Covid-19. “50% of the Accor group is dependent on Europe. In Europe, it’s a disaster. For the traveler, it’s incomprehensible and therefore he does not travel”, he laments, calling for this “that we put at least one procedure common to the different countries”. “Let’s accept the risk, but stop adding constraint upon constraint”, asks the CEO of the Accor hotel group. “Europe is the place where we suffer the most with Latin America, that is to say Chile, Peru, Colombia. It is a disaster”, insists Sébastien Bazin.

The hotel group hopes for an easing of restrictions: “If at least we could travel within Europe while respecting barrier gestures and theft and according to the evolution of this second wave”. According to him, this would be enough to restore confidence to travelers, to allow a resumption of activity. “As soon as the uncertainties subside, even if the risk still exists, and consumption picks up again, you can have a much stronger rebound than expected”.

“We will get over it”, tempers Sébastien Bazin, “the job is not dead, it’s just very difficult”. The Accor group recorded sharp drops in attendance, like all players in the hotel sector: “This summer we were at -40% compared to the summer of last year, in March we were at -90% so there was a short-lived rebound, from July 1 to September 4. Now we are at -60%. And then things are not going to work out, with the curfew, in the weeks ahead of us “, continued the CEO of Accor. Asked about a possible rebound in activity during the school holidays of All Saints’ Day, he replied: “We don’t really know because now people are reserving four days before they leave. But it’s not going to be very nice”.

For Sébastien Bazin, the drop could be long-lasting for some customers, such as business travelers, who “will decrease between 10, 15, 20% on a lasting basis”. He figures the losses at “one billion 500 million euros this year. It shows that beyond the aid, we continue to lose money, about 80 million euros per month”. “A large field of my activity will no longer be there. In the meantime, we must pivot”, anticipates Sébastien Bazin.

Job cuts are planned within the group. “Between 1,000 and 1,200 jobs, roughly 20% of the number of people in the seats, all over the world”, and “probably between 300 and 400 in France”. As for the small salaries, the CEO of the group does not want to ask them to leave. “They will continue to have a salary for two years within the Accor group, but we will provide training for them. A job other than that of the hotel industry“.

Accor did not apply for a state-guaranteed loan, explains its CEO: “We sold a large part of our building stock”.

Accor currently benefits from four billion euros in cash. So I really have one knee on the ground, but luckily we don’t have both knees on the ground.

To survive this economic crisis and move forward, Sébastien Bazin plans to diversify the activity of his group, taking advantage of the possible opening of hotel restaurants. “Accor is going to offer, thanks to my owners, on a voluntary basis, to restaurateurs who so wish, to come to us to put their brand, their identity, their concepts, their menus, their checkered tablecloths, and take possession with our restaurant teams, of our hotel, welcome their local customers and ensure that these customers come to sleep with us at a cost price “.

The CEO of Accor also plans to transform some of its hotels into “third places”: “We would like to offer this in our 5,000 hotels. It is for all companies, regardless of their size, in the form of a subscription, that they can now use our meeting rooms, our toilets, Wi-Fi and why not rooms. To reposition them permanently in workspaces. “

Sébastien Bazin also wants to be able to set up tests for Covid-19 directly in hotels: “As soon as the test and the installation, including elsewhere in airports, we will be able to reopen to as many people as possible by testing on site as soon as the response is between 15 minutes and 30 minutes, it will not not gonna be two hours. “