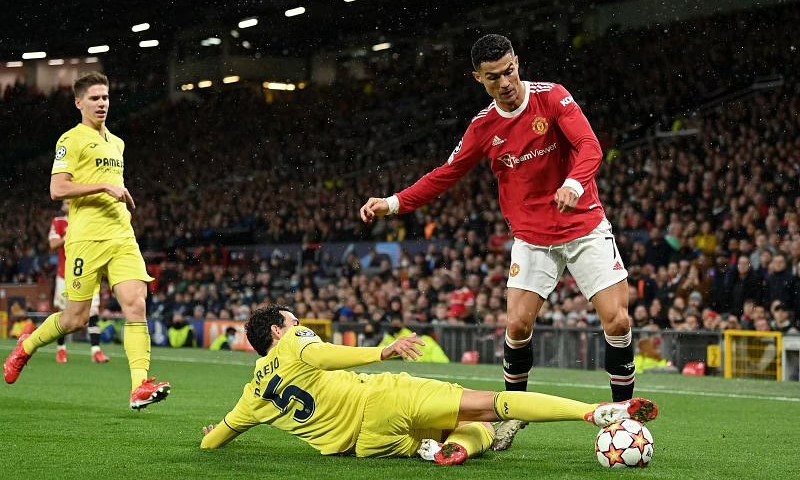 Man Utd will enter the knockout round of the Champions League if they win Villarreal today, in the first match after Ole Solskjaer. But they also immediately face the risk of being eliminated if they lose.

Before the fifth turn, Man Utd was at the top of Group F with seven points – ahead of Villarreal thanks to goal difference. Three points will help them consolidate the top of the table, win tickets one match early and indirectly create more confidence before meeting Chelsea in the Premier League this weekend.

It’s a perfect scenario, but it’s not easy to come true. Man Utd had to enter with all sorts of pressure and scrutiny – a kind of “new normal”, after two days of parting with head coach Ole Gunnar Solskjaer. This will be Michael Carrick’s first game as an interim coach.

However, Carrick is no stranger to the Man Utd dressing room. He worked as an assistant coach since Jose Mourinho and continued to support Solskjaer. Therefore, the 40-year-old former midfielder insists he has clear ideas about how Man Utd will play at Villarreal and wants the players to execute.

“I have my own personality compared to Solskjaer. But we have a lot in common, and that’s why we’ve worked together for so long. I don’t talk too much about my plans, but I have clear ideas about how Man Utd play, and want to see that on the pitch,” Carrick said in a press conference before the trip to Villarreal.

Defense is a top concern for Carrick, because Man Utd have not kept a clean sheet in the Champions League this season and have received seven goals. Another problem with the English team is away – where they have won only seven of the last 24 times in the Champions League (draw 6, lost 11). Since the 2-1 win over PSG last October, the “Red Devils” have not won four away matches.

Man Utd is the opponent Villarreal has met the most in the Champions League (five times), but has never won (draw four, lose one). However, while Man Utd is unstable, Villarreal is in high form. Since the defeat to Man Utd 1-2 on September 30 in the first leg, “Golden Submarine” defeated Young Boys twice. Villarreal is facing the opportunity to win three consecutive matches for the first time in this arena.

Villarreal will be a guest at Atalanta in the last turn – a game with many potential risks with teachers and students Unai Emery. A draw against Man Utd can also push the “Golden Submarine” into a position to win the last match. If they win this time, they are not sure to continue but will be much brighter.

“When there is a change of coach, the team will react in one way or another. The focus will be more on the player than on the coaching chair,” Emery expressed. “Professional players understand they need to meet expectations and in the case of Man Utd, everyone wants to prove for the club, for Solskjaer and the successor coach. I expect a good game from Man Utd because of the quality of the demand. The players they have and the significance of this match.”

Villarreal has never won an English club in the Champions League with six draws and five losses. They are also not in high form in La Liga when they have only won one of the last six rounds (losing three). Emery continues without the service of main striker Gerard Moreno and seasoned defender Serge Aurier. Arnaut Danjuma and Etienne Capoue are racing to recover in time.

On the Man Utd side, two French players Paul Pogba and Raphael Varane have not recovered from their injuries while Mason Greenwood is infected with Covid-19. Edinson Cavani also did not recover in time and Luke Shaw was sidelined with a headache due to a collision in the 1-4 defeat of Watford. Donny van de Beek is likely to be used after a good performance against Watford.