What is the metaverse, this internet of the future that makes Mark Zuckerberg dream? 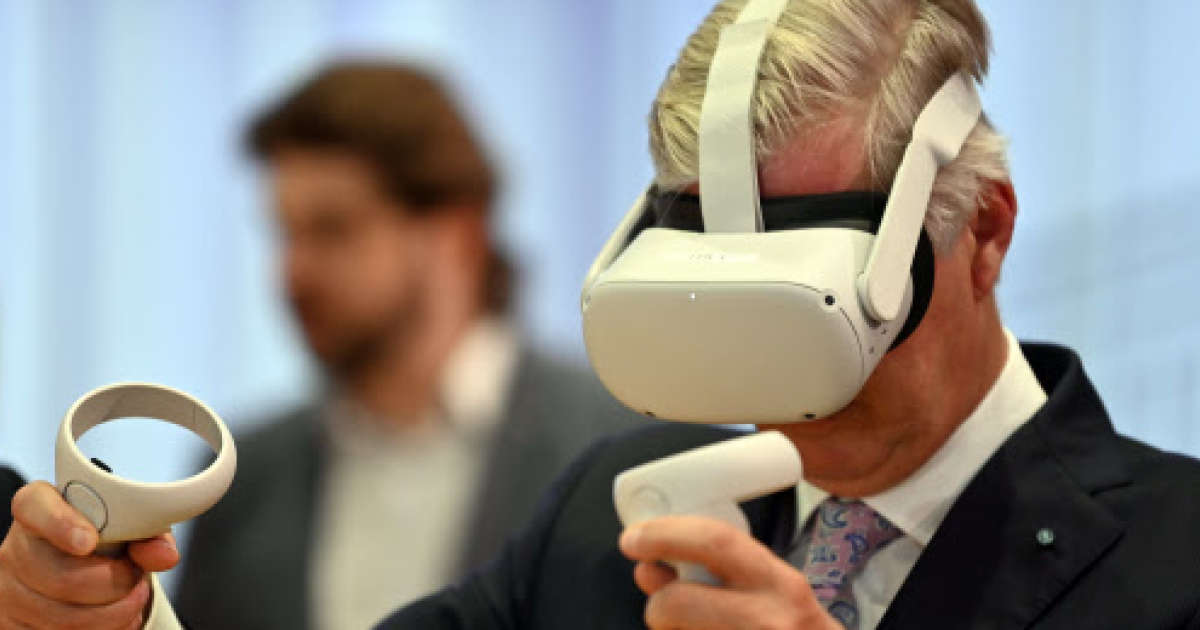 Don’t call it Facebook anymore, but “Meta”. If the social network keeps its original name, its founder Mark Zuckerberg announced Thursday, October 28 the name change of the parent company of the American multinational, directly referring to a gigantic project that he intends to develop: the metaverse.

The metaverse, destination of the future?

The metaverse is “The holy grail of social interactions”Zuckerberg marvels. A kind of digital parallel world, where the border between the real and the virtual blurs until it disappears completely. And the new obsession of the big boss of Facebook… sorry, Meta. Already on October 18, the digital giant announced the creation of 10,000 jobs in the European Union to work on the development of this metaverse. We explain to you.

“It is the fantasy of all video game developers since they exist”, summarizes on Franceinfo Julien Pillot, economist teaching at Inseec and specialist in technological markets. Concretely, the metaverse is ” the fusion of a virtual universe with functionalities which are firmly anchored in reality ”.

” The idea is to generate a virtual universe that is entirely digital but connected to the real world. The latter allows us to interact by generating activities of all types, games, discussions ”, complete in the columns of TV5 Monde Dominique Boullier, university professor in sociology at Sciences Po Paris.

The main objective of this technological revolution is therefore to make virtual experiences more immersive, while remaining in touch with reality. Here are a few examples: in this three-dimensional universe, users will be able to virtually shop by purchasing (real) clothes with real money to dress their avatar or collect them in the real world. This hard coin could also be used to attend a (virtual) concert given by a (real) artist. In short, virtual 3D and the real universe would be intrinsically linked. To access it, it would suffice to use a virtual reality headset.

The concept has only recently interested the giants of Silicon Valley. But the idea is not new. It was in Neal Stephenson’s science fiction novel, “Snow Crash” (“The Virtual Samurai” in French), published in 1992, that the notion first appeared. In a futuristic world, thanks to special glasses, each individual can connect to this three-dimensional universe, where virtual actions have consequences on the real.

Tomorrow, will your smartphone read your mind?

The idea subsequently largely inspired cinema, from “Tron” (1982) to “Ready Player One” (2018) via the cult “Matrix” trilogy (1999). In the latter, Neo, a character played by Keanu Reeves, discovers that the world he believes to be real is in fact only a virtual simulation called “the Matrix”.

Since then, the race for innovation has been launched. Facebook is already one of the world leaders in virtual reality thanks to its Oculus headset, bought in 2014 for $ 2 billion. This summer, the development of the “Horizon Workrooms” project made it possible to follow 3D virtual reality meetings bringing together up to sixteen people using special glasses. And in September, Facebook announced that it had appointed Andrew Bosworth, head of Facebook Reality Labs and as such one of its metaverse specialists, to the post of technological director.

But the American giant is not the only one to bet on this virtual world. Epic Games, the company behind Fortnite, has indicated that part of the billion dollars raised this year from institutional investors, including Sony, would be allocated to the metaverse. On Decentraland, an online platform considered to be one of the precursors of the metaverse, it is now possible to land a job as a dealer in a virtual casino.

When my colleague will be a hologram

Microsoft is also looking to develop the metaverse for industrial uses. The IT giant is thus working on the development of “Digital twins” infrastructure. For example, a factory or warehouse would exist both in the virtual world and in the real world. Virtually, the company could optimize their operation and then put it into practice in real life, thus avoiding bottlenecks on a production line, predicting when equipment will need to be replaced or even knowing how to do it. in advance when a shelf needs to be restocked.

A first version of the metaverse already exists, especially in video games: concerts being prohibited during confinement, singer Travis Scott had gathered 28 million players for a digital concert via an avatar on Fortnite.

Artificial intelligence: are we going to become digital idiots?

Corn “We must not go too fast in the work”, tempers on Franceinfo Julien Pillot, who believes that the metaverse is not “Only in its infancy” and that its development still suffers from “Significant technological brakes”. The development of technology does not yet allow you to fully immerse yourself in the virtual world. “The metaverse is not just a digitalization of the world. It would be a universe in which we have the same degree of freedom, with a level of immersion that has absolutely nothing to do because we are no longer only in an experience by interposed screens.. “