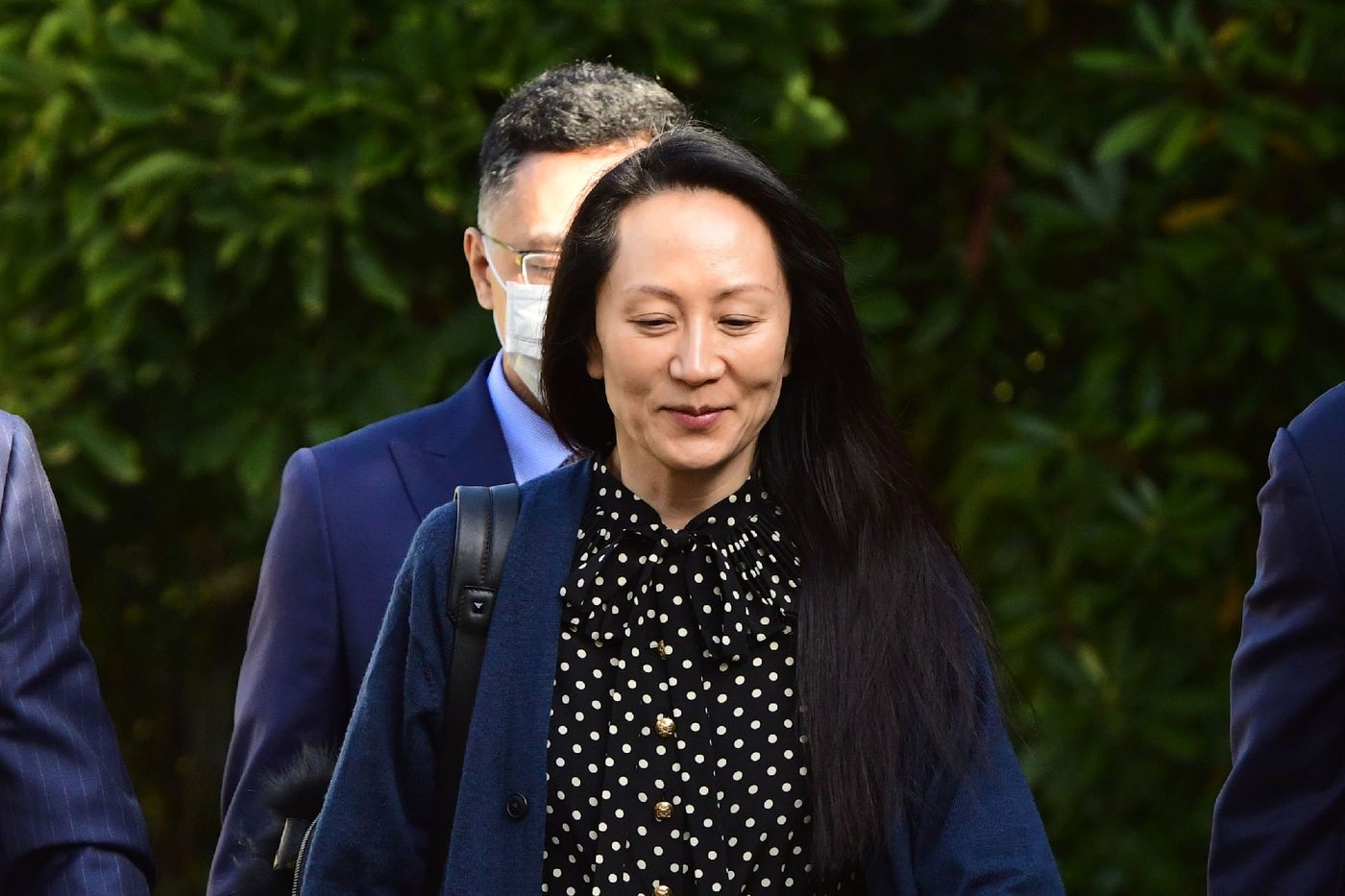 Meng Wanzhou, former diplomat Michael Kovrig and businessman Michael Spavor were released after years of detention in what has been called “hostage diplomacy.”

Those “Last three years my life has been turned upside down”Meng Wanzhou, 49, nicknamed Huawei’s “princess” and the daughter of the company’s boss, told reporters, who has always denied the charges and pleaded not guilty on Friday. She then boarded a plane for Shenzhen, regaining her freedom after three years of house arrest in Vancouver and escaping extradition to the United States who wanted to try her for bank fraud.

As to “Two Michael”, as they are called in their country, the Canadian Prime Minister Justin Trudeau announced Friday to the press the end of their detention. They are expected Saturday in Canada, he said.

→ THE FACTS. In China, political trial of two Canadians accused of espionage

The ‘two Michael’s’ were arrested just days after Meng Wanzhou on what Ottawa called espionage charges “Invented from scratch”. The fact that the release of the two Canadians coincides with that of Meng Wanzhou “Confirms that it was a question of hostage diplomacy”, considers the former Canadian ambassador to China, Guy Saint-Jacques, interviewed by AFP.

Demonstration in support of Michael Kovrig and Michael Spavor in Ottawa on September 5, 2021 / AFP / Archives

The agreement between the US Department of Justice and Huawei

Meng Wanzhou’s departure for China is the fulfillment of a spectacular agreement made public on Friday by a New York court between the justice ministry and the Chinese telecoms giant.

In a public hearing, Justice Department Representative David Kessler offered to ” report “ until December 1, 2022 the proceedings initiated since the end of 2018 against Meng Wanzhou, in particular for “Plot” in order to commit a “Bank fraud”. The agreement, that the Wall Street Journal was the first to disclose, also foresaw that Washington would recommend that Ottawa release Meng Wanzhou and de facto abandon any extradition request.

Portraits of Canadians Michael Spavor and Michael Kovrig, detained in China, during a demonstration for their release, March 6, 2019 in Vancouver / AFP / Archives

Accused of lies about ties to Iran

The American justice accused the number 2 of the Chinese telecoms giant of having lied to an executive of the bank HSBC during a meeting in Hong Kong in 2013, about the links between the Chinese group and a subsidiary named Skycom which sold equipment to Iran, exposing the establishment to US sanctions. According to the Ministry of Justice, Meng Wanzhou admitted that she had done at the time “False statements” and “Concealed the truth” to the HSBC executive on Huawei’s activities in Iran.

If the legal deal is not challenged or broken by Dec. 1, 2022, the lawsuits will be permanently dropped, according to Washington. In China, the fact that Meng Wanzhou admitted the facts has been erased from the Internet.

Against the backdrop of a trade war with the United States

This case unfolded against the backdrop of a trade war between China and the United States, in which Canada found itself caught in a vice. At the heart of this struggle, the Huawei company, flagship of Chinese power and 5G technology, high-speed Internet, was founded by a former army executive, member of the Communist Party. The group is the subject of numerous accusations of espionage, of data theft while the technologies it sells are at the heart of telecommunications networks.

In May 2019, President Donald Trump announced the ban for Huawei to sell network equipment in the United States, then he banned American groups from selling telecommunications technologies to foreign companies deemed dangerous.