SpainNew Spain coach Xavi admitted Barca was more or less lucky when they won 3-1 at Villarreal in La Liga on November 27.

“Barca have won three precious points like gold. Our opponent is a team of Champions League level and very well prepared tactically. To be honest, Barca had a bit of luck. Villarreal was not worth it. lose. It’s a big win because it’s very difficult to win at El Madrigal. The players deserve to be praised,” Xavi said at the post-match press conference.

On El Madrigal, Barca opened the scoring in the 48th minute thanks to Frenkie de Jong’s close-range ball. Samuel Chukwueze equalized for Villarreal when he penetrated the middle in the 76th minute.

When the audience thought the match would end in a draw, in the 88th minute, Memphis Depay dribbled past the goalkeeper to re-establish the gap for Barca. In the fourth minute of injury time, Philippe Coutinho sealed a 3-1 victory from the penalty he earned himself.

For the first time, Barca won away from home in La Liga 2021-2022. This is also the second victory in three matches of Xavi’s army. In the previous two matches, the former player helped Barca beat Espanyol 1-0 in La Liga and drew 0-0 with Benfica in the Champions League group stage. 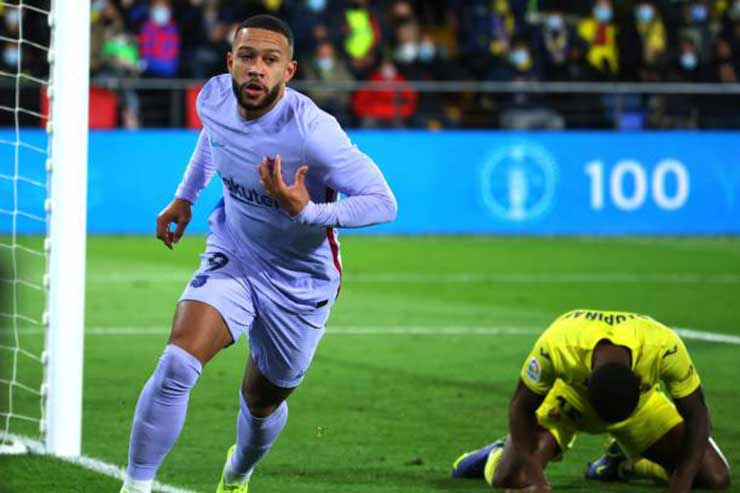 Xavi commented: “Barca had less control of the game than I expected. Villarreal had some dominating moments. We defended well, but they scored from a throw-in. We are on the right track, But we have to improve, we have to have more control of the ball and we have to get better under pressure.”

The game featured a controversial situation where Pique let the ball touch his hand inside the box. Villarreal coach Unai Emery strongly opposed the decision not to give a penalty. Regarding this, Xavi said: “I’m not here to judge Pique’s situation. Everything was VAR. The match was tense, but Emery and I still shook hands. We simply wanted to fight. win”.